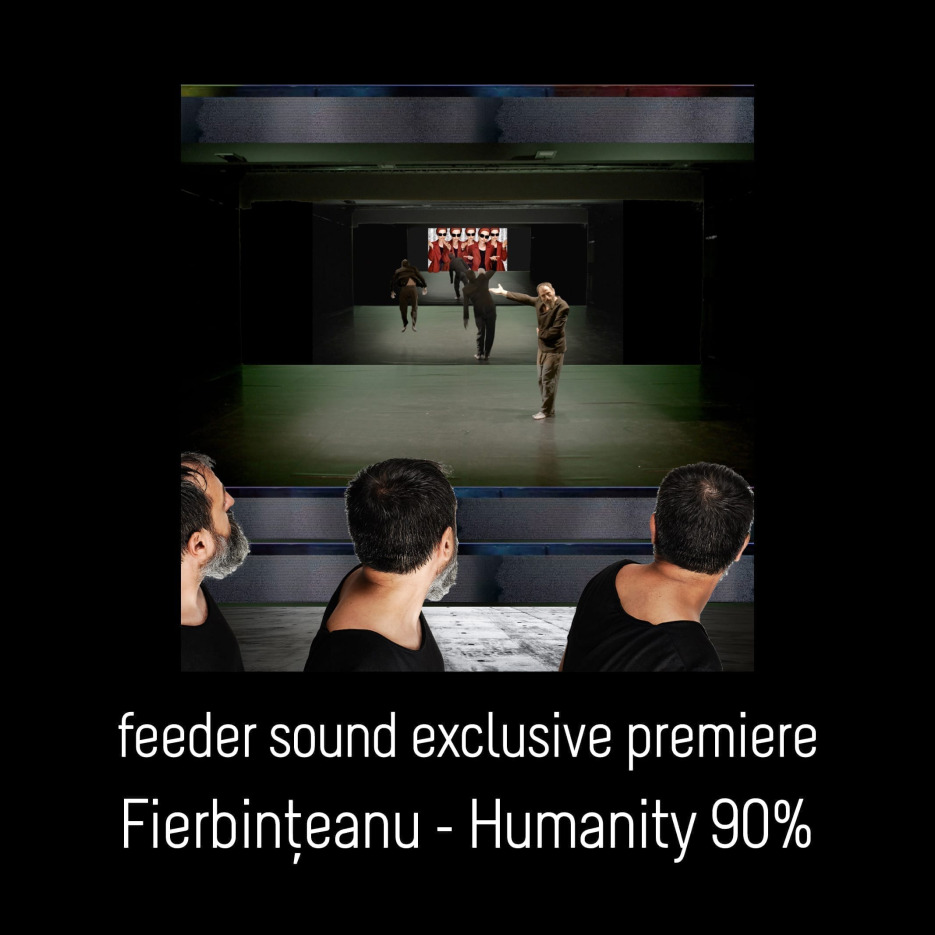 Romanian art-pop duo Fierbințeanu returns with a new conceptual album, a contemporary interdisciplinary manifesto infused with a variety of musical influences and multimedia performances. We are very happy to exclusively feature “Humanity 90%”, the opening track of the LP, titled “The Great Scheme Of Things”.

Based in Bucharest, Gabriela Fierbințeanu (vocals) and Cristian Fierbințeanu (computer, bass, vocals) are actively involved in the local and international modern electronic music scene for some time now. They performed at various clubs, galleries, radio stations, events and festivals, bringing forward a fresh and distinct electro sound. Their music is an eclectic fusion, containing elements of pop, punk, electronica, psychedelic, noise and ambient. In concerts, they combine live performance with manipulation of analog and digital instruments.

The duo‘s discography consists of two albums, “Silence As Beauty” and “Massive Exposure” published by Local Records and various independent releases, including the double-disc “The Beauty Of Music”, released in 2012. They also put out a maxi-single CD titled “Love Goes Round In Circles” and have several other online releases. In 2014, Cristian Fierbințeanu and Alex Bala released their debut LP “Phantom Pyramid” as Plurabelle, via the French label Stellar Kinematics.

“The Great Scheme Of Things” consists of an LP, a performance involving dance, visuals and theatrical elements, a concert and an experimental film made up of videos of all the songs on the album. It can also take the shape of an art installation or an editorial project. Created, recorded and produced from 2016 to 2018, the music is at the core of the performance that has been featured in several national and international art festivals, so far. It’s a committed message to humanity, in this day and age. Its authors aim at philharmonic grandeur with a pop-punk aesthetic, using everyday realities, human beliefs and modern illusions such as love, civil rights, pornography, socialism, capitalism, God, Satan, Elvis and New York, among other topics.

“Humanity 90%” stands as an artistic declaration, revolving around the encounter between the “real-fake” artists and other relevant and irrelevant subjects and slogans of our present-day agenda. Trapped in this environment, the characters are set for a personal revolution, while commercialism imposes submission.

You can find “The Great Scheme Of Things” here, and be sure not to miss the album release event taking place at The National Centre for Dance in Bucharest (CNDB), on November 23rd!