Getting To Know DJ Meme 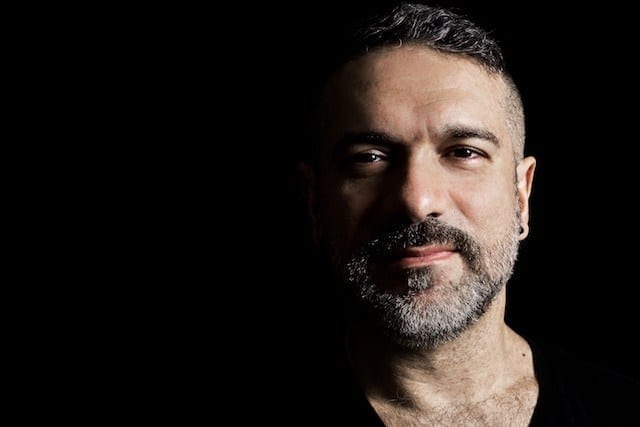 Getting To Know DJ Meme

DJ Meme is one of the biggest International House Music DJ’s to hail from Brazil. We catch up with him for a chat as he releases his brilliant new single ‘Fall To Raise UP‘.

f: What came first for you, DJing or making music?
DJ Meme: DJing for sure… since 11 years old 😉 Making music came to my life in 1986 through remix production. And because of my contact with studios, equipment and musicians, step by step I learned how to create my original music.

Were you trained as a musician?
DJ Meme: I’m not a musician, and I don’t intend to study or go further on that. As a DJ, I’ve trained my ears all over the years, and that gave me a pretty solid notion to understand when something is right or wrong musically. And as a producer, I always have the best musicians around me to conduct the recording sessions the way I want.

f: What was the first dance record you bought?
DJ Meme: “Kung Fu Fighting“, by Carl Douglas in 1974. I didn’t know it was a “dance record”, but I love that groove, and that’s how it started.

f: You’ve won many awards and worked with many big names including the Bee Gees, Shakira, Mariah Carey, Toni Braxton and more, scooping a whopping 25 gold records over the years. You must feel very proud to achieved so much so early in your career, tell us a little bit about those early days…
DJ Meme: I’ve been a DJ since 11 years old, and at 15 I was already playing at a famous club in my town (thanks to my unusual height at that age). When I turned 20, I was lucky enough to get a job at a radio station. My job there was inside the recording studio creating jingles and editing music, and that status gave me the necessary knowledge to make me feel ready to approach the right people to take the next step. Because I was a DJ working on a radio station, I had the chance to socialize with all the music universe (Record companies, artists, musicians) and show my work, and that’s why and how everything started that early.

f: What was your breakthrough track?
DJ Meme: Probably my remix of the song “ESTOY AQUI” for the Colombian “newcomer” Shakira in 1996. It was her 1st album on Sony Music and also my 1st remix for an international artist. We both did great. After that, she caught the attention of the big brands, and some years after that, she changed to blonde and curled the hair to become known as international Shakira. In my case, that remix was registered by Michael Paoletta on Billboard’s Dance Music page as her first “clubbing experience”, then several doors opened for me on major labels worldwide.

f: Which of your tracks was the biggest labour of love to create?
DJ Meme: No doubt was my remix for Fish Go Deep‘s “THE CURE AND THE CAUSE”, on Defected. The successful remix of Dennis Ferrer was already going down the charts after almost 1 year, and one day (after listening to the original version of the song) I had the idea to create a completely new remix based on a full orchestra playing a fresh disco arrangement over the vocals. And that’s when I called boss Simon Dunmore to ask him for the vocal parts to try such craziness on a spec – I didn’t know If it would ever be released, but… I had to do it, then Simon trusted me the parts to go forward. The rest is history.

f: You have a huge variety of sounds from Disco, House and authentic Brazilian sounds, who are your influences and what do you get the most joy out of producing?
DJ Meme: Well, when you’ve lived a long time in the business and have seen and participated in music changes that much, everything you hear becomes a source of inspiration to you when it comes to making your music. But to be precise, I can surely say I’m more attracted and influenced by House and Disco stuff than the sounds of my own country. When I go to my Brazilian side, It’s mostly because I found something REALLY catchy and I feel compelled to do it.

f: You worked closely with Frankie Knuckles and Def Mix over the years, tell us a little about your relationship with him and the effect it had on your music if any?
DJ Meme: I met Frankie in 1992 at the Sound Factory Bar in NY. At that point, the music produced by him at Def Mix was undeniable my biggest inspiration. Just listen to my early works, and you’ll have an idea. In the beginning, we had a warm “fan and idol” relationship, and that was enough for me, but in 1998 when I gave him an acetate with my remix for DES’REE‘s “LIVING IN THE CITY“, he started to look me differently. From that point we became closer and bumpin’ him around the world was pretty usual. With the years, Frankie became like a big brother to me (he was exactly ten years older), and whenever we needed, Skype and texting was the way.

One day in Ibiza around 2010, we were chatting for hours at the bar of the Ocean Drive hotel, and I told him about some problems I just had on my recent trip to Asia, so that’s when he said: “You know what? It’s time for you to join us at Def Mix. I’m always talking about you to Judy (Weinstein)”. That made a huge impact on my mind, and at first, I thought he was just nice to me, but then…he took the phone and called Judy: -” Hi Meme, Frankie told me a lot about you. Let’s talk when you come to NY”…and then, Def Mix became my home for some years… until he passed away.

Frankie was the sweetest guy you could ever meet in your life, and I was blessed with that. I think the biggest heritage I kept from him is how to treat people. Frankie treated everybody well, no matter who you are and he was famous for that. He respected his fans, and he was loved by everyone, at the same time he was tough when needed.

There are some situations when I stop for a second like “What would Frankie say now? What would he do?“, and that’s when I hear his voice bringing me the right solution. I’m not romantic here. That REALLY happens to me from time to time.

There will never be another Frankie’s knuckles.

f: And now you’ve landed on David Morales’ DIRIDM label for your new single ‘Fall To Raise Up’, how does it sound?
DJ Meme: I couldn’t be happier. It’s a great song and took me one year working on it. I changed the drums, the bassline and the arrangement so many times until I was 100% satisfied, and I don’t regret it. The funny side of the story is that I only found the right direction when my son Daniel came with that furious bassline played on his electric Fender Jazz Bass. I fell from my chair when I heard, and everything became clear. When I finished the song, I sent it to Hector Romero (which I usually call him as “my test pilot”), and that’s when he told me: “Meme, David is coming up with a new label called Diridim and I think it fits perfectly for that. Can I show it to him ?”, and… here we are!!

f: Who would you most like to play a B2B Dj set with?
DJ Meme: I’m not a fan of B2B. I prefer to do my journey focused on my crowd, but If I do, I will go with closest friends like Jamie Lewis, Dimitri from Paris, Hector Romero or Alfredo Azzetto.

f: Any tips or advice for aspiring djs and producers looking to break through on the scene?
DJ Meme: It’s all about the music, and will always be. Don’t rush and you may get there.

f: You’ve seen the music scene change a lot over the years since you first started out, how does it compare to now and looking back what precious advice would you give to yourself?
DJ Meme: Be patient, padawan!

f: What else are you working on at the moment that you can tell us about?
DJ Meme: I just finished a whole ‘non-electronic’ album mostly sung in Portuguese (my native language) with the flavour and feel of the 60’s and 70’s. You’ll find a mix of Bossa Nova, Disco, Jazz, Boogie and Soul. There are also around 37 musicians and singers from the calibre of Marcos Valle to Azymuth, or from Vincent Montana, Jr. to Double Dee. It was crafted with love over almost two years, and I’m very, very proud of that. It will come out in 2019 only everywhere. Music has no boundaries to me. I can be making House music today and Bossa Nova tomorrow and that kept me fresh and interested all the time

‘Fall To Raise Up’ is out now on DIRIDIM.
https://www.facebook.com/DJ.Meme/