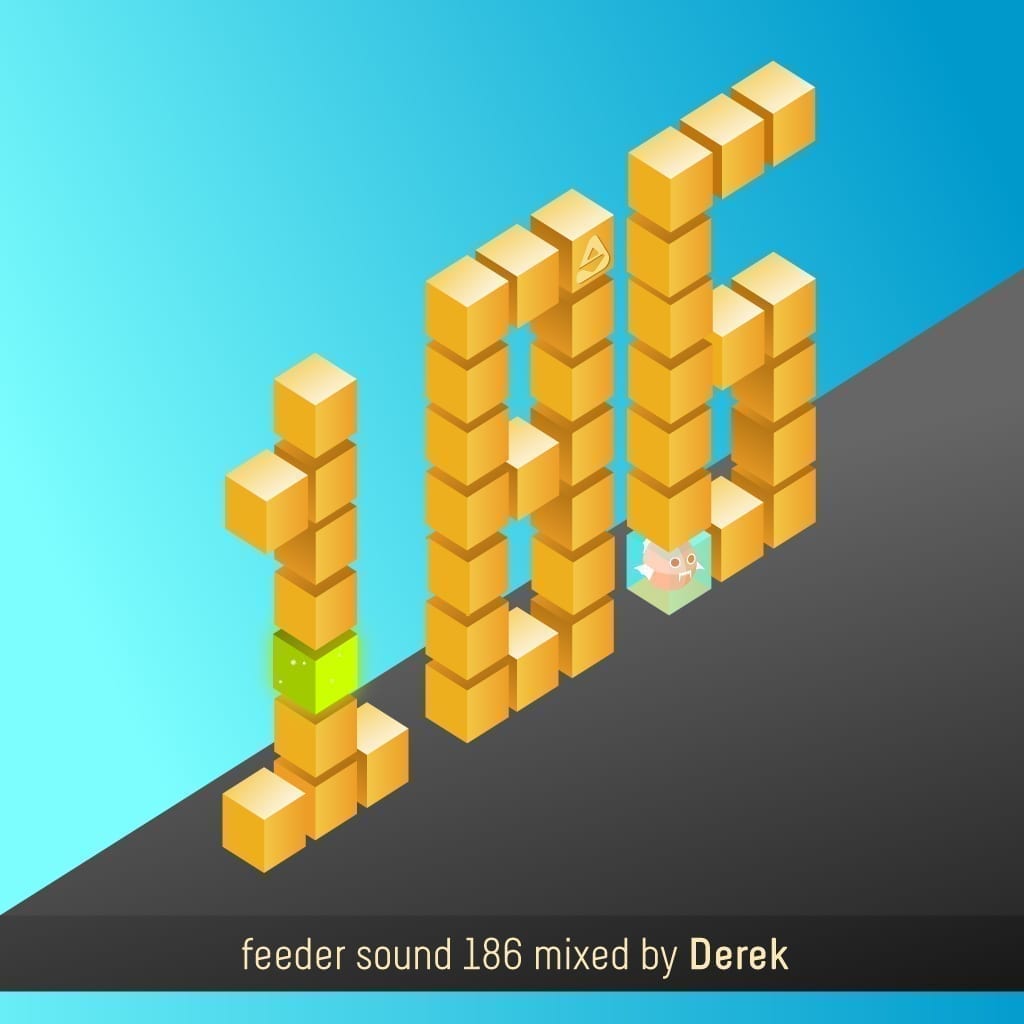 Providing the perfect weekend-starter, this week’s episode of the feeder sound series features Derek at the controls, elegantly playing with hypnotic techno rhythms.

Derek has been fascinated by electronic music since childhood. He was only 14 when he decided to learn how to mix, and shortly after he got drawn into music production. Three years later he makes his debut at DC10 in Ibiza for Pandemonium, to then be spotted at party venues like Club Der Visionaere (Berlin), Fabric (London), Circoloco (Ibiza), Watergate (Berlin), Eden (Bucharest), and many others. His music was also heard by large crowds at big festivals like Sunwaves, Electric Castle and Dakini in Romania, and Transahara in Morocco.

With a distinct sound, the productions Derek delivers incorporate a variety of influences, from electroacoustic to musique concrete, glitch and leftfield. Every layer is carefully crafted and then blended with minimalistic, deep and techy rhythms and patterns. The results speak for themselves, as his unique approach to electronic dance music led to collaborations with labels like Hourglass LTD, Parang, Tzinah and Youth Invasion Muzik. He likes to spend a lot of time in the studio, creating or tweaking sounds every day. Recently, he’s been busy working on new releases and on establishing his personal playground, VHS Records. Seeing him added on the artist roster at Sunrise is a pleasant surprise, Derek being one of those producers and DJs who transfer intense vibes and play amazing music at parties.

feeder sound 186 mixed by Derek sets off with a strong minimal sound, with the first selection of tracks displaying a complex spaced-out dimension of music, fused in deep tech patterns. The driving rhythm smoothly transforms into minutes-long dreamy and groovy transitions as the mix progresses. At a certain moment, a subtle change in the percussion reveals a beautiful choice of breakbeat influenced cuts, flavoured with ambient, IDM and melodic elements. As it started on an uplifting note, the recording gently returns to a more pounding sound and ends where your weekend begins!