Maik Yells started his career as a drummer for a local band in southern Spain with an interest in jazz and funk music. Acquiring a deep sense of rhythm, he explored electronic music finding a passion for minimalistic house and techno. A couple of years later we see him perform in well-known party venues in London and Berlin, sharing the decks with artists like Denis Kaznacheev, David Delgado, Emanuel Satie, Doubting Thomas and many others. His releases can be found in the catalogues of Neovinyl Recordings, Fake Records, Taverna Tracks and Altiorem. For this VA he teams up for a track with German Dj and producer Ed Herbst. Co-owner of Beste Modus record label, Ed draws inspiration from various styles of music, from NY house and Italo disco to deep minimal and dubtech. His style combines the old with the new, as his productions are deep and dubby but very bumpy at the same time. He released with imprints such as Certain Circles, Rubisco, Rough Recordings and Druzhba, to name a few.

Another team on this VA is formed by Laurent Ci and Andrea Caioni. Laurent starts mixing vinyl records at the early age of fifteen at local clubs in his hometown in Italy. Over the years he shares the decks with artists like Mayaan Nidam, Amirali, Fernando Costantini, Laura Jones, Giorgia Angiuli, Reelow and Sonartek. His approach to music stands somewhere between tech and deep house and his productions are released by labels like Floorpiece, Off Path and B.Soul Music. Andrea Caioni is also an Italian Dj and producer whose music has been released by labels like House On Wax, Rooted, Smoud Traxx, Inwave, Sakadat Records, Main Main Music, DubGestion and Kina Music, to name just a few. Both Laurent and Andrea are members of the op:um group, having the opportunity to play in some of the best clubs in Italy and Europe alongside well-known international artists.

Mancini is a DJ and producer from France, manager of Mancini Records and Hedzup Records. He is also involved in organizing and promoting electronic music events together with Wlad, on behalf of Hedzup. His music draws influence from various subgenres of house and techno music and he released with labels like Bit Music, Signatune Records and Deep Sabaudian Noise, aside from the works dispatched thru his own imprints.

Moises & Bolumar are widely known for their collaborative work due to their 10” EP “Mental Pleasure/Revenant” released in 2017 on La Peña Shots, a sublabel of La Peña Records founded by Einzelkind. Owner of Downhill Music, Moises established himself as one of Spain’s most renowned DJs and producers with a style that creatively captures the sound of the underground. He shared the decks with the likes of Martin Landsky, Matthias Tanzmann, Tiefschwarz, Jamie Jones and Maceo Plex, showcasing a unique fusion between house and techno music. Bolumar, one of Valencia’s most cherished musicians, displays a style that incorporates deep and minimalistic rhythms fused with vibrant techy beats. His Dj sets were heard at well-known venues across Spain and Europe and his productions have been dispatched by imprints like Recycle Records, Luna Records, Act Natural Records, Memoria Recordings and Fake Records. The two join forces once again under the Mo-Ob alias releasing the first works of their eponymous record label, to mark the beginning of a new musical adventure.

Side A opens with “Nighthawks” signed by Maik Yells & Ed Herbst, a techy cut designed with glitchy percussion, deep evolving pads and vocal samples. The 4/4 beat delivers a steady rhythm and the background layers come in and out of focus as the track plays. A2, titled “0001” is delivered by Mo-Ob and features a strong wobbling bassline that sets the pace and becomes the signature sound of the cut. The other elements follow the minimalistic rhythm and vocal cuts are also used to emphasize the micropatterns. On the flipside, B1 titled “Claim” is a deep house influenced composition, a result of the collaboration between Laurent Ci & Andrea Caioni. The track features long warm pads and a relaxed percussion, with exotic insertions that are emphasized by the build-ups. Closing the VA there’s “Born To”, a more pumping rhythm dispatched by Mancini. With a techy sound, the track is flavoured by subtle vocal cuts and a strong beat. There are more influences here, all elegantly blended into one single cut, perfect for any dancefloor. 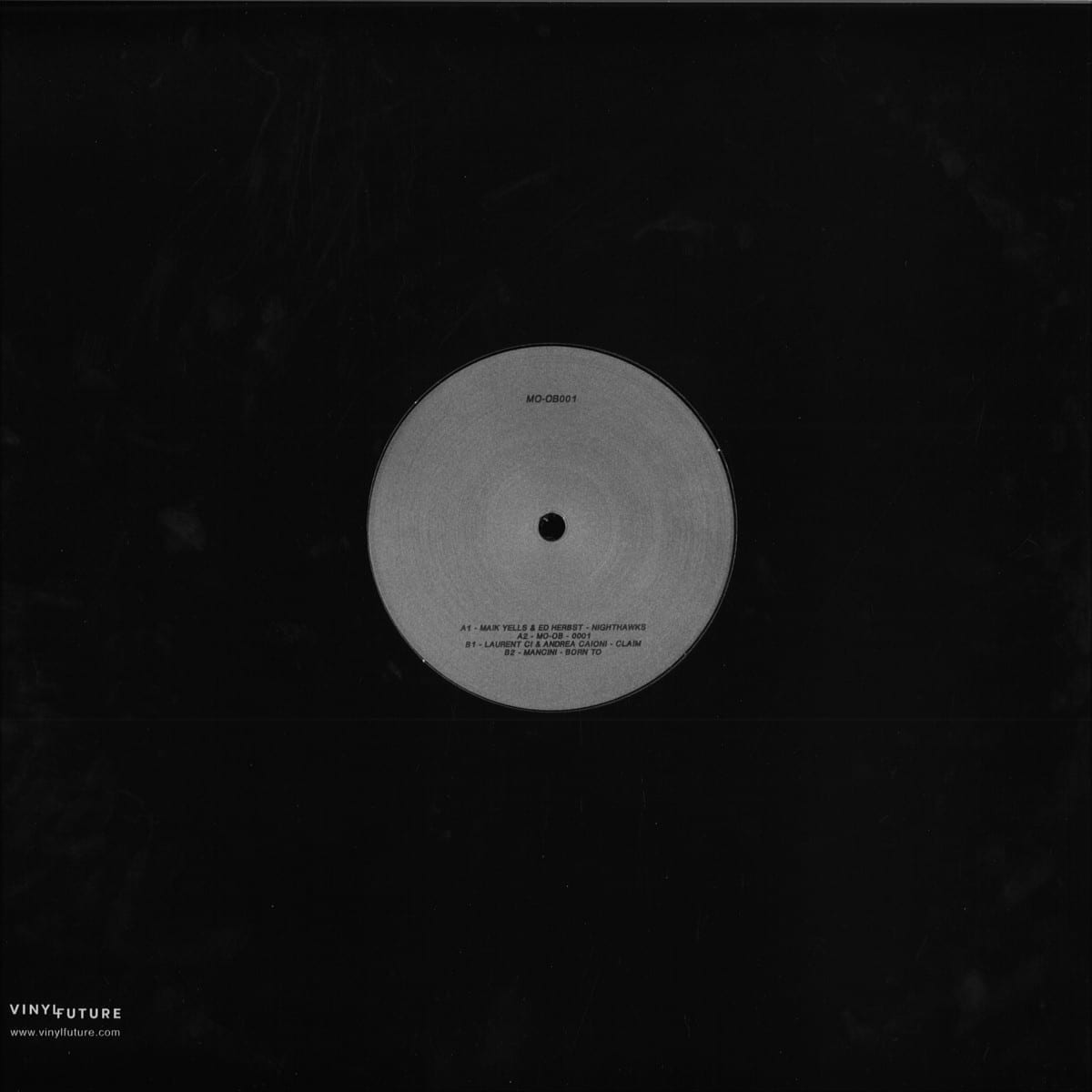