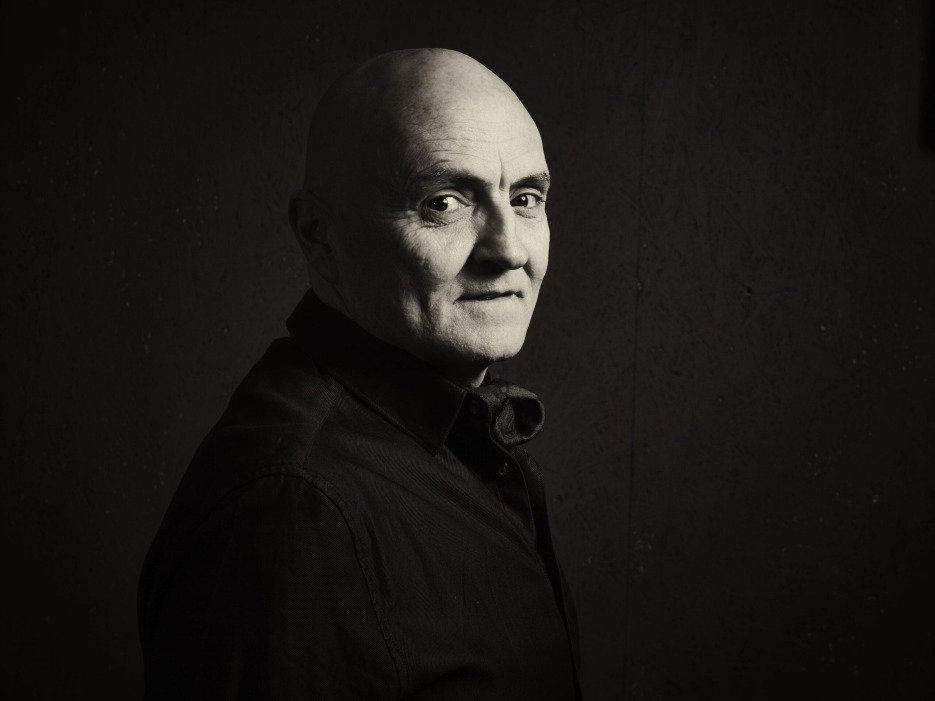 Winning the support of the world’s DJ elite by breathing new life into the Soulful House scene, English DJ and Producer, Brian Power is a musical force to be reckoned with. We take some time for a chat as he gets set to unleash his new collaboration with UK soulstress Hill St Soul…

Brian Power: I got into making music by default, my stepson’s decks were in the loft room and I started buying and playing vinyl up there and my wife Surjit made a passing comment one day that “Every time you come down from the loft, no matter what mood you went up in, you are always happy when you come back down”, I get so much joy from it!

f: We understand you were quite a late starter in music production, so being in your late 40’s what suddenly made you decided to launch a career in music?

Brian Power: Whilst playing a warm-up Dj set at a gig in Brick Lane, I had a feeling that no drug or alcohol could ever touch and new there and then that music would be my future.

f: How difficult has it been to break into the scene?

Brian Power: I have my own business, so I’m good with challenges and know the pitfalls, but also being a Dj on Mi-Soul Radio and having Gordon Mac as a mentor has helped a lot and opened doors in the music scene that otherwise would not be available.

f: You released your debut album last year, how did that feel and are you happy with how it came out?

Brian Power: I have been very fortunate to be working with Mike Patto and Toni Economides on most of the album “SoulHouse Vol 1”. Working on the album was scary, however, being over 50 I have learnt not to waste time and be direct and I feel this approach helped with getting the album completed in good time, also working with professional artists and session musicians at the top of there game helped a lot.

f: What did you learn from the whole experience?

Brian Power: That if I put my mind to something, I can see it through to the end and produce work with a team that I am very proud of.

f: Tell us about your SoulHouse Music label and which artists you work with?

Brian Power: So SoulHouseMusic Ltd was born out of wanting to do a remix of a soulful classic track by Jeffery Osborne ‘I Really Don’t Need No Light‘. Once completed I was introduced to a radio plugger named Steve Ripley, who suggested DJ Spen should do a remix, which he did and it blew up. I was then asked to do a Roachford Remix that Mike Patto Toni Economides and myself made, we loved working together and SoulHouse was formed, though it was another couple of tracks before we made it official.

f: Whats been your biggest release to date?

f: You make a lot of collaborations on your productions, which have been your favourite so far and who else would you most like to work with?

Brian Power: I have recently been working with Mike Delgado from New York and love his groove, passion, truth and honesty in his music, also how he carries himself in general. We have some tracks coming out later this year including an absolute class track called ‘I Believe’, again feat Hil St.Soul which we can’t wait to unleash. I would also love to work with one of my heroes Kenny Dope (watch this Space), Black Coffee, Manoo and also The Layabouts, to name a few.

f: Tell us about your new single ‘A New Day (The World Is Mine)’ with Hill St. Soul and will you be working together in the future?

Brian Power: Well, Hillary (Hill St. Soul) has such natural talent, we actually laid that track down in 1 day and spent a couple more on producing, the result is an uplifting soulful house song which carries a positive message. Hillary is quite simply an angel to work with and we will be working on other projects for sure! Once the track was cut I felt an additional afro remix could be a good vibe for the song, so contacted Jihad Muhammad from the USA, who gave it his Bang The Drum feel and killed it as far as I’m concerned, its great!

f: You also host a radio show, how’s that going?

Brian Power: Yes, I have a radio show on Mi-Soul (https://mi-soul.com) on the 1st Saturday of the month 9- 11 pm straight after Paul Trouble Anderson ’s show. I love that 2 hours as I get to really connect with the listeners and have a party in the studio.

f: How is the soulful house scene in London and where’s the best place to go to party?

Brian Power: There is plenty of Soulful House in London, one of the best parties in the city is Scott Searle and Neill Pierce‘s Deep Into Soul at the Prince Of Wales in Brixton, they tend to think outside the box and use Dj’s that are not on the regular scene.

Brian Power: We had our first live gig at Margate Soul Festival in August. We had a full 6 piece band and Michelle John, Lifford, Vanessa Freeman and Hill St. Soul on vocals as a collective, with each singer doing BV’S for each other’s songs, it was a beautiful thing watching the SoulHouse Family in action.

f: You recently played in Suncebeat festival in Croatia, how did that go?

Brian Power: This was my 3rd year in Croatia. Suncebeat is special as I get to meet all the top name DJ’S and more importantly the next generation who are all playing House music, it is a music heaven.

f: Where else are you most looking forward to playing this season?

Brian Power: Mi-Soul have there end of season party – Mibiza at the Ibiza Rocks Hotel at the end of September where all the Mi-Soul radio jocks will be spinning.

f: What’s next for Brian Power?

Brian Power: I’m playing at the Mi-Soul Brighton All Dayer on 26th August and we also have the next couple of album projects near to completion. We will carry on releasing tracks and continue to work in the studio and concentrate on more remix projects, especially having recently worked on remixes for Lisa Stansfield, Jody Whatley, Jaki Graham and Jocelyn Brown, which have all gained a lot of traction.

Brian Power feat. Hil St. Soul  ‘A New Day (The World Is Mine)’ is out now on SoulHouse Music.