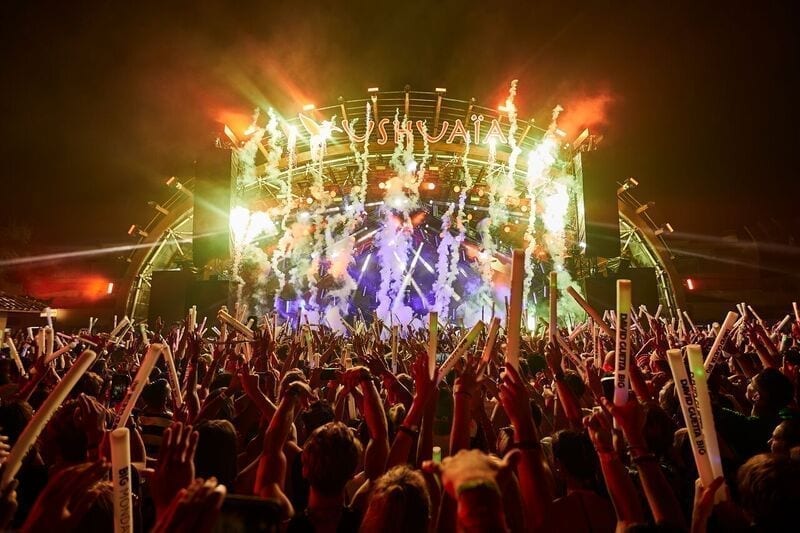 French superstar David Guetta returns to the world’s number one open-air venue for the seventh spectacular season. His extravagant BIG show is will takeover Ushuaïa Ibiza Beach Hotel every Monday until 24th September. The platinum-selling artist playing at the most lavish club on the island makes the BIG night one of the hottest parties this season.

We visited the iconic beach club on 23rd of July to experience the BIG show by David Guetta joined by LOVRA, GLOWINTHEDARK and fan’s favourite Oliver Heldens. Here is how the night went. Greeted by “Guetta Girls” dressed in sequin bikinis we entered the iconic venue on a late Monday afternoon. Despite the early time the club was busy but not yet crowded. Behind the decks, LOVRA was already warming up the crowd spreading jovial and energetic vibe in the club. The whole venue looked beyond spectacular, with mind-blowing visuals flashing from the main stage. The crowd was dancing enthusiastically by the poolside as the sun was going down. It was definitely set to be a special evening. Next up we had GLOWINTHEDARK. The charismatic Dutch duo brought up the energy of the party to the next level. Coming next on the stage globally acclaimed Oliver Heldens enhanced the party atmosphere even more. The talented Dutch DJ once again proved that he knows how to win clubbers on the island, remixing the world’s hottest tunes as the production kept getting BIGger. As the sun vanished behind the festival-like stage, the club went quiet while David’s team prep for his turn. Superstar Guetta appeared on the stage beginning his extravaganza show with his recent hit ‘Like I Do’ with Martin Garrix & Brooks. The ecstatic crowd reached for their phones to record this very special moment.

An explosion of fireworks burst into the sky as the beat dropped and everyone in the crowd was screaming and jumping, expressing their uncontrolled enthusiasm. Hundreds of multi-coloured flashing batons landed into the crowd’s hands while the dancers owned the stage once again. The production was breathtaking. Fireworks, lasers, strobe lights and smoke cannons accompanied every moment of the show. An enormous cluster of glowing balloons flew over the crowd with an acrobatic dancer swung below and all the phones were out again.

Ushuaïa stage was flashing brightly with BIG tune after BIG tune filling the air. David played his massive track with Justin Bieber ‘2U’ with a mad build up exciting the crowd even more. The energy never stopped – only got bigger and bigger. One-of-a-kind BIG Guetta show accompanied by mind-blowing visual effects, lasers, confetti, pyrotechnics, breathtaking performances and a state-of-art sound system made Ushuaïa stage the centre of attention all night long. The Ibiza vibe and outdoor feel ensured the extravaganza show provided us with the memories for the lifetime. With world-class DJs and breathtaking show BIG at Ushuaïa is definitely the place to be. See it to believe it, check it for yourselves every Monday until the 24th of September.

Find out more & get your tickets at www.theushuaiaexperience.com

The original article was published by Electric Mode Magazine