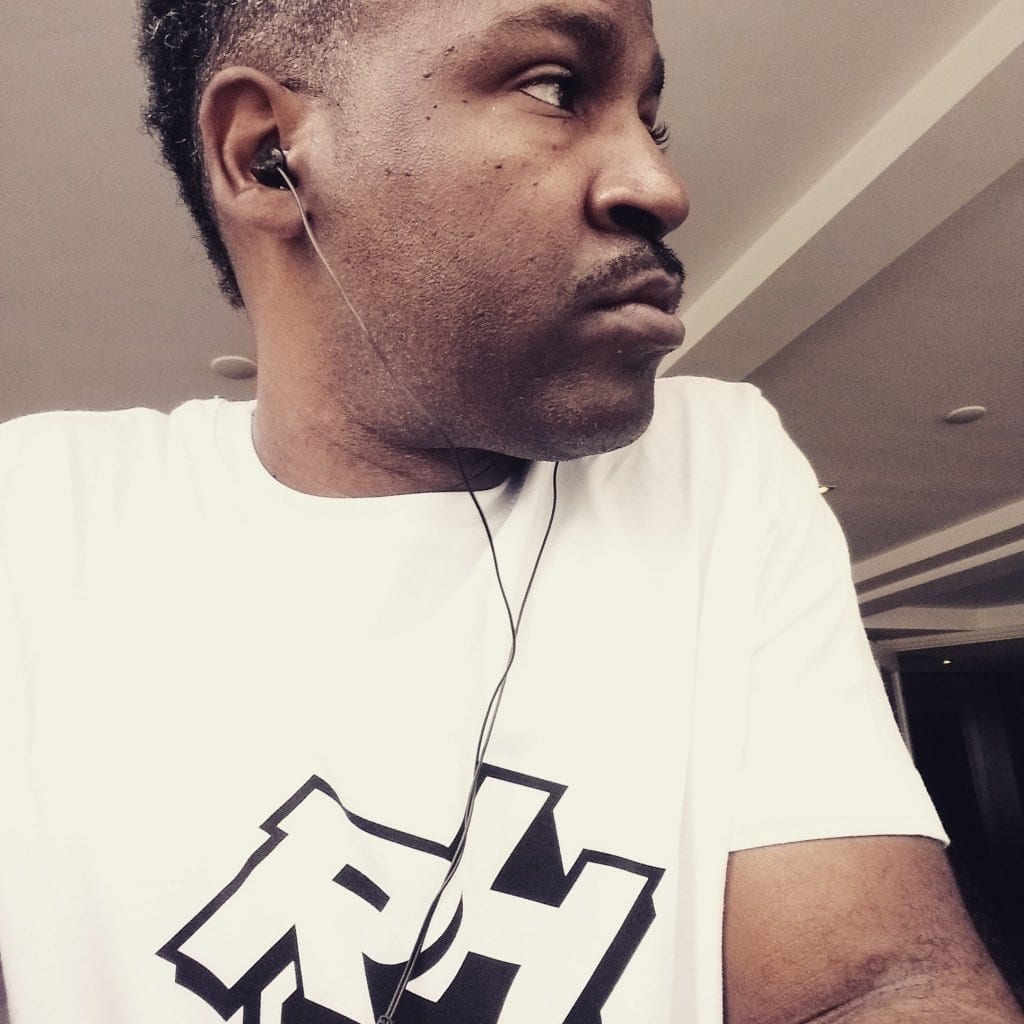 It’s no secret that many electronic music heads are sci-fi heads, almost to the point of obsession. The parallels between both are of course pretty obvious, with their future-facing aesthetics and liking for the unknown part of their dual appeal. One man who knows more than most what we’re talking about here is Reggie Dokes. A native of Detroit, Dokes has been running his Psychostasia imprint for some time now, typically with staggering results. And if you’ve checked Dokes’ sound, you’ll be all too aware that his is one that’s heavily indebted to sci-fi tropes. So who better to chat about their favourite sci-fi and “sci-fi influenced” tracks of all time? Why, the man himself of course!

Black Thoughts by yours truly. One of my favorite downtempo techno tracks. I have to give credit to Theo Parrish for putting this record on one of his infamous mix cds back in the day. It is because of this, people in Europe began to pay attention. With this record I always felt like I was on a spaceship about to take a journey.

Again, one of the best techno albums of all time in my book. This is one of my favorite records that I still rock to this day. He called the album Deeparture In Time. When I listen to this record, or the entire album, I literally feel like I am in the future. All I need is my spaceship and suit. Very soulful and otherworldly record. This album was significant for the infamous Transmat Records.

3. Nights of Africa by Jeff Mills

The true definition of Detroit techno, Mr. Jeff Mills. From the ‘Every Dog Has It’s Day EP’ project, comes techno with melody. One of my favourite earlier records by the man we called The Wizard back in the day.

Man all I can say is, that techno would not be what it is without Juan Atkins, period. This record made such a huge impact on the dance scene in Detroit and across the world. This record has me feeling like I am at a club partying with Aliens in the club. Mars here I come.

When I bought this record from Cliff at Buyrite Music on 7 mile road, I could not wait to play this dope ass record. For those that don’t know, Buyrite Music was a record store in Detroit that all DJs bought records from. I was a senior in high school, and had to DJ a party for my senior class graduation. Man it was off the chain when I dropped this record.

6. Icon by Derrick May

One of the Bellvue three, that contributed to this futuristic sounding genre called techno. This is a beautiful record that pulls me in with those haunting strings, then takes me on a mind journey into the future. It is always inspiring to me, to hear the hunger, passion and determination in these records. What inspired them? I dare say, Detroit made think outside the box, the Motor City is what inspired these great records.

7.  Nights of the Jaguar by DJ Rolando

Arguably one of the biggest techno records in the world. DJ Rolando delivers on this futuristic sounding record which is a classic. This record puts me in a state of mind that I am in a chase scene in space. Funky and futuristic at the same time.

It would not be right, if I did not include these guys in the chart. Kraftwerk without question had a huge influence on the music scene. Detroit DJs took to this record so much. I just remember being blown a
way by this piece of artistry.

9. Salute the Spirit by Reggie Dokes

This was an exclusive I did years ago. This record gives me that acid nod with a hint of futuristic soul. The techno I create comes from a place that only Detroit producers can understand. One of my favourite records.

10. War of Decadence by Reggie Dokes

A record that truly moves me, and puts me somewhere else. I did this record for a Transmat compilation that came out when Derrick May was running the festival in Detroit at the time. I was so honoured to be a part of this project along with some great talent. What can I say, no one can make techno like those Detroit guys. Okay maybe there are a few exceptions.