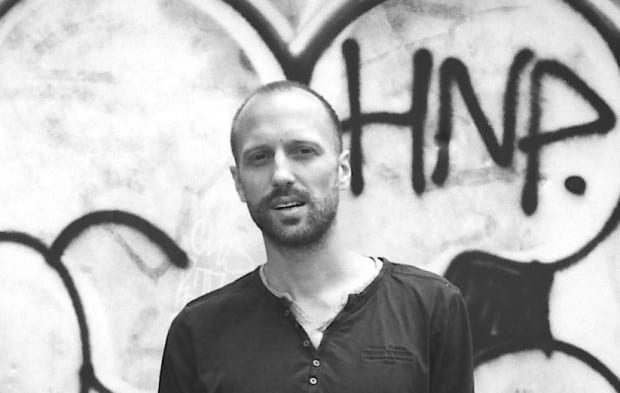 We had a chat with Vinyl Club Recordings boss and DJ/producer Luc Ringeisen about his upcoming release ‘Unsocial Medias’ on Trim Records, the origin of Vinyl Club & much more. Check out what he had to say below.

Hey Luc, what can you tell us about Vinyl Club & Vinyl Club Recordings?

Vinyl Club was first a record store I opened in Ibiza back in 2003, and a meeting point of avant-gardist young producers and DJs of DC-10 of that time such as Petre Inspirescu, Rhadoo or DJ Sossa, we were highly passionate about record digging and doing our first steps as producers so everyone cooked his own refreshed vision of dance music and we could test the results at DC-10 and Ibiza Underground. So we naturally started to release records on the imprint I founded in 2005, “Vinyl Club Recordings”.

How did your new release on Trim Records, ‘Unsocial Medias’, come about?

I was already half relocated in Berlin when I started in 2008 a partnership in my record store with some Italian fellows incl. Andrea Aureli aka DJ Adicto who also kept the shop running after I officially left the island in 2009. I was glad we got in touch again after all those years and I directly jumped on board when he told me about his new label Trim Records, where other members of the Vinyl Club family are appearing like Funk E and Lorenzo Chiabotti.

Is there any running theme or idea behind the EP?

The title sends a message by itself, and musically talking it’s 2 different dance tracks for different moments, a more “disco-ish” one and a deeper, more melodic one, a bit melancholic illustrating the track’s title which is also the EP’s main title, “Unsocial Medias”

What was your creative process behind the EP?

I love sound design and always use a lot of modular synthesis, I usually record a much longer jam and just cut down the master recording to fit the length of a record, keeping only the best moments of the long recording. A Buchla analog clone and a Cwejman modular synthesizer are doing all the synth parts, bass and some of the percussions on both tracks, from time to time processed with different effects on an Eventide H8000. All the rest of the drums are made with analogue drum machines (Tanzbar, MFB 522, Vermoma). All recorded and mixed live on a Studer 269 mixing console. The first versions of both tracks were actually originally recorded in quadraphonic surround, and mixed down later to stereo.

What made you choose Lorenzo Chiabotti for the remix on the EP?

Andrea of Trim Records actually suggested it but I couldn’t be happier with that choice, Lorenzo is a very long time buddy since the Ibiza record store, and a Vinyl Club producer as well, also a studio mate in Berlin, and we shared DJ sets in quite a few clubs. I am currently working on 2 quadraphonic surround live acts, one is a solo project and the other one is about jamming with Lorenzo Chiabotti, the first show will take place at the Hoppetosse in Berlin in October.

Can you remember what it was that made you want to make music of your own?

I have always been making music in different ways, like the typical rock band when I was a teenager for example, later when I was 24 years old and decided to go professional into music I started to share my daily work between music digging for DJ sets, and studio work. Doing my own beats was a strong wish from the beginning

What piece of gear would you say is most important to your sound?

Hard to chose only one, but it would probably be my “modular synthesis hub” made of a Cwejman modular system and a Buchla format 200r talking to each other thanks to some smart “Euro to Buchla” adapter, fusioning into one “super synth”.

Do you take more of a digital or an analogue approach to your studio?

Regarding sound sources, filters, EQs and summing/mixing I am a real analog purist. Same for just everything that can be done in the analog domain. For the rest I use an Eventide digital multi effect and a Sonny digital reverb. I think both worlds are very useful, my only wish toward software programers would be to focus less on trying to re-create what analog machines can do, and focus more on what analog gears can’t do, like granular synthesis or artificial intelligence for example, trying to use such technology for music creation and sound design sounds so exciting to me…But regarding modular synthesizers nowadays they generally combine pretty well both analog and digital features. Again my rule for sound synthesis is that sound source and path should be analog, all the rest can be digitally achieved, offering way more options than a pure analog thing.

Apart from music? not much I‘m afraid, but I‘m working on it.

What’s been your favourite release of the year so far?

Hard to chose one, but let’s say one of my summer favourite is “Great Manojar” of Eduardo de la Calle from his EP “The Everlasting Amrit” on the label Seven Villas.