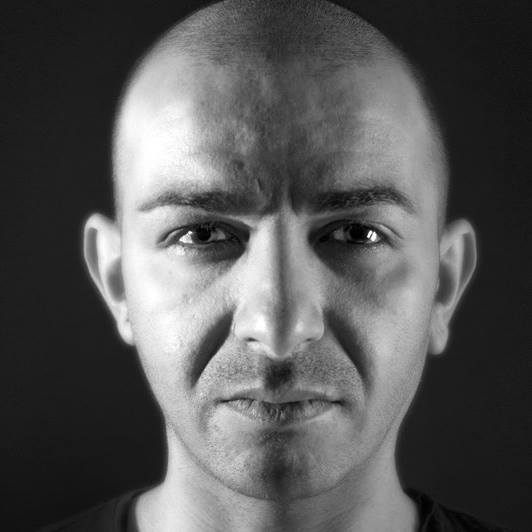 We say down with dj and producer Andrea Ferlin to talk about his ‘Flux’ EP, his Sleep Is Commercial label & much more. Check out what he had to say below.

f: Can you tell us a bit about the ‘Flux’ release? What was the motivation behind it?

Andrea Ferlin: The idea started when I finished the track “Flux”. This track is very hypnotic and deep and I thought that it would perfectly fit the mood of the label. Then, I added “Th” as a second track. It is as deep and hypnotic too with bubbling synths and with a shamanic lament, but more groovy and powerful than “Flux”.

f: What made you decide to release it on your own label, rather than someone else’s? How does this decision making process work?

Andrea Ferlin: That was an easy choice. The last time I released something on Sleep Is Commercial with my own name was four years ago so it made sense for me at that time to release it there.

f: What would you say are some major differences between releasing music on your own label versus releasing it on someone else’s label?

Andrea Ferlin: Well, when you release one of your tracks on your own label, you get to have more control of the entire process. From the sounds, you use to make the track until the decision of its artwork, the colour of the vinyl when to release the record. You can decide most of it and of course, being your label, you invest much more time and energy in it.

f: What release on Sleep Is Commercial are you proudest of?

Andrea Ferlin: I’m very proud of all our releases but some of them are special to me. For example. Sic.Ltd 006 from Traian Chereches with a remix from Petre Inspirescu, from many years ago or Sic.Ltd 005 from Fedon but also some more recent like Sic 019 from Andrey Zots with remixes from Fumiya Tanaka and Topper and the Sic 022 from Aleandro. We choose every release very carefully and I have to say that we support each one of them 100%.

f: Is there anyone you would like to release on Sleep Is Commercial but haven’t had the chance to yet?

Andrea Ferlin: There are many artists that I love and that I would like to release on the label one day. But I can already say that two of them are coming soon… Stay tuned, we are very excited!

f: The label seems to be very busy. How do you balance that with producing and DJing?

Andrea Ferlin: I have to say that it is something quite difficult for me to do. I have the impression that I never get enough time in the studio, I always try to stay as much as possible but also need to manage the label. Hopefully, my partner Francesco Assenza is very organized on the management side of the label and takes over most of the tasks. Thanks to him, I manage to work on the label with him but also get time to do studio sessions or simply dig for music.

f: You’re from Italy but you’re based in Berlin. Why did you move?

Andrea Ferlin: I moved to Berlin ten years ago because I always felt at home there. I had this feeling since my first holidays back in the early 2000 and because I had the desire to live in a city where the music scene is alive and established. The quality of life in Berlin is very good so it was a natural process at that time to move there.

f: What is your favourite scene outside of Berlin?

Andrea Ferlin: I do not have another specific favourite scene but I have favourites cities where I like to go play, such as Tokyo, Beirut or Istanbul. These are all special places to be.

f: Do you think you’ll stay in Berlin?

Andrea Ferlin: I hope so!

f: What more can we expect from you and the label in the year ahead?

Andrea Ferlin: Regarding myself, I will be quite busy for the rest of the year between gigs and the different labels I own. I am also working on an ambient and downtempo album. I got 5 EPs and some remixes coming in the next months on different labels. Regarding the label, we have an important release coming up with a new single from Wareika called ‘Shamania‘ and two remixes of two artists we really love and another remix of Dunkle Dummies (my project with Francesco Assenza). The release is coming soon and it will be a double vinyl packaged in our SIC ltd catalogue. Last but not least, we are working on a compilation of all Sleep is commercial artists coming up in autumn as a triple vinyl.

Andrea Ferlin – ‘Flux’ is out now on Sleep Is Commercial.