Getting To Know… Saytek [interview] 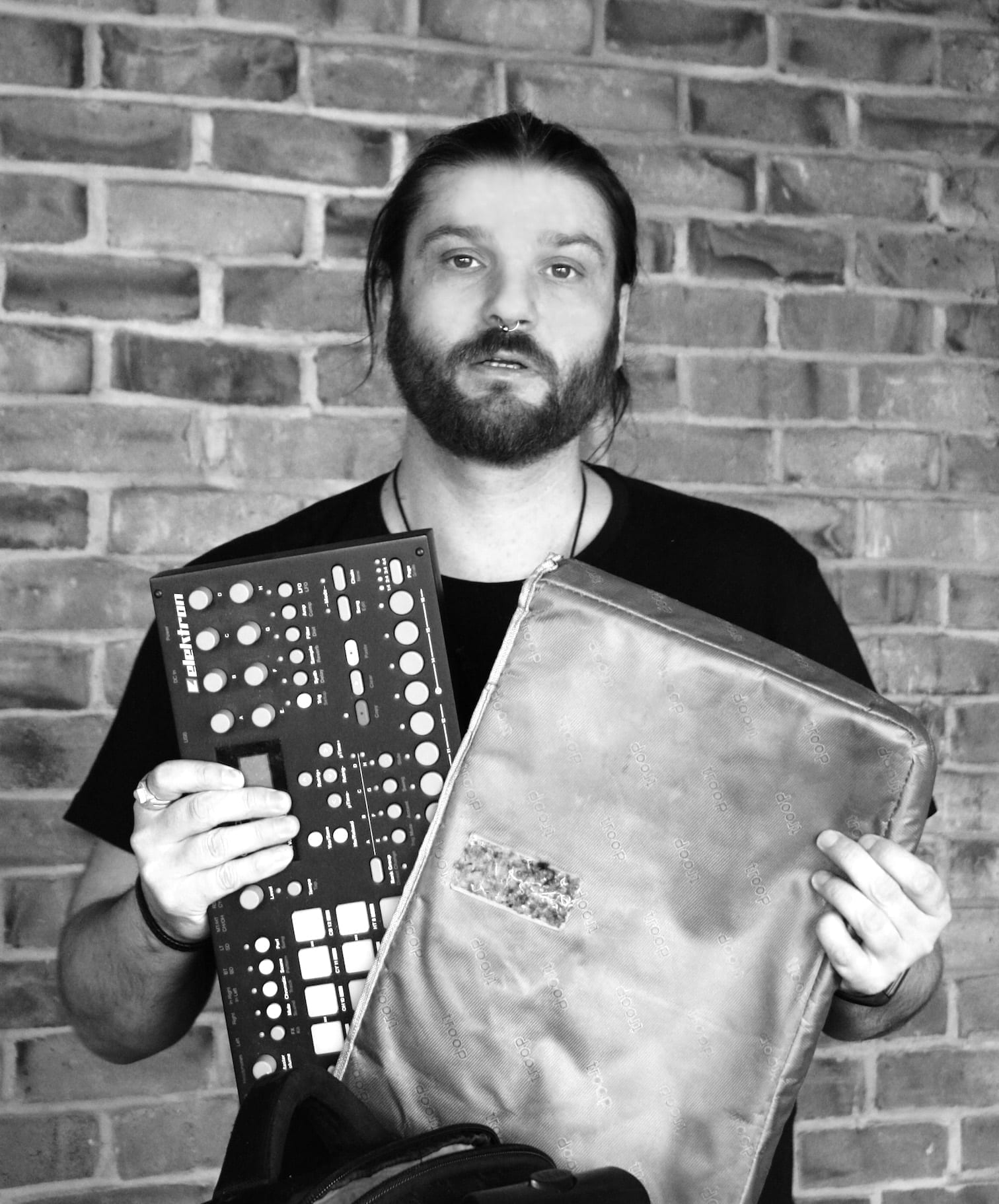 Since he exploded on to the scene with his ‘Machine Jams‘ album on Cubism 2 years ago, Saytek‘s live output has been hugely prolific with highlights including multiple EPs on Superfreq, Kevin Saunderson’s KMS and Carl Cox & Christopher Coe’s Awesome Soundwave and Darren Emerson’s Detone label. On the release of his new ‘Live Stories’ Album, we catch up with the live Techno genius.

f: How did you first get into making Techno?

Saytek: I started very young, I was obsessed with synths, drum machines and mixers before I was even a teenager, I loved techno from a young age as well! When I got my first groove box the Roland MC505 back in the 90’s I really got hooked into the pattern creating, sound design and subtractive synthesis techniques to make techno, the rest is history!

f: You record all your music live, what fuelled the decision to work in such a spontaneous way and does it work better for you than the more traditional methods of writing and recording?

Saytek: I have been doing live sets in clubs with hardware, fx and software now for about 15 years. I now find the traditional way of arranging means I come up with stale predictable results for me, I much prefer my work when it’s live. I love the process of creating sequences on lots of different bits of equipment, combining them and arranging them live.

f: What obstacles do you come up against writing and recording everything live and how do you overcome them?

Saytek: Its more about accepting its not going to be polished and perfect, but I needed to learn to live with that and actually when I have the likes of Maceo Plex, Carl Cox, Derrick May, Kevin Saunderson, Steve Lawler and Coyu constantly playing these in-perfect jams to huge crowds it allowed me to see that for me its better to have something that is rough around the edges, but creatively my best than something perfected and sterile.

f: What’s your favourite piece of kit at the moment?

Saytek: It goes in waves, but at the moment I am loving my Elektron Analog Four, such a powerful synth/sequencer. I create the majority of my synth parts with this at moment and the ability to create such a wide range of sounds with great control is mind-blowing. My Elektron Analog RYTM comes a close second and then Novation Circuit!

Saytek: Far too many to mention here from a huge range of electronic artists and sounds from the 80’s to present day to 60’s and 70’s bands, 80’s synth pop, Jazz, Dub, Reggae, experimental music… I am primarily a music fan and love to discover music old and new!

Saytek: It’s 12 tracks that I created live using various bits of hardware and edited them did the minimum amount of editing me and it really captures my current vibe on my live tours!

f: How does it differ from your previous albums?

Saytek: Well I think my sound is constantly evolving, so I think every album that I do and or ep that I do is different from the last this one, in particular, is more melodic and perhaps more housey in places, but the creative process is the same as my last albums.

f: Which is your favourite track and why?

Saytek: It’s a hard question when you’re talking about your own music, but I would say “Sparse” (live) is probably my favourite track on the album. It’s very melodic and although all my music comes from my heart, this one felt very special when making it!

Saytek: Well, partly it was the same process, but this time it was just in Ableton. So I created all the parts using Maschine and various soft synths and then jam them out Live using session view in Ableton. I then went back and edited it this is where the process differs from my live performances where what you get recorded out the stereo channel of my DJ mixer, so all the hardware is running alongside Ableton it means it’s far less easy to edit it in the way that I did for this remix

f: How hard has it been breaking on to the scene in clubland as a live act?

Saytek: I guess some ways it’s easier than it is to break into the scene as a DJ, but in other ways is harder. For example as a live act people really notice you and you get to play peak time slots right from the beginning of your career. However, when you DJ, you have far more opportunities to do residencies and can get booked a lot more frequently by the same promoter. It’s harder to be a busy live act than it is a busy DJ, but when you do get to that level you tend to be headlining a lot of shows.

f: You tour quite a lot, where are your favourite places to play?

Saytek: I’m really lucky to play amazing shows across the world and I think it doesn’t matter where you are when it goes off if you have the right crowd, the right sound system and the right room it’s unbeatable. Saying that though if I had to pick a couple of places it would be Sisyphos in Berlin and fabric in London, these two places always go off!

f: And which party are you most looking forward to playing this summer?

Saytek: This weekend I have got some really good UK gigs first up WAV in Liverpool. it’s a day and a night party and I am headlining alongside Pig and Dan, that’s on Saturday night and then straight away Sunday morning I’m heading to Bristol where perform live on the main stage of Another World Festival alongside some of the greatest artists in-house and techno including Dave Clarke, Juan Atkins, Phuture, Joey Beltram Mr C, and many more greats!