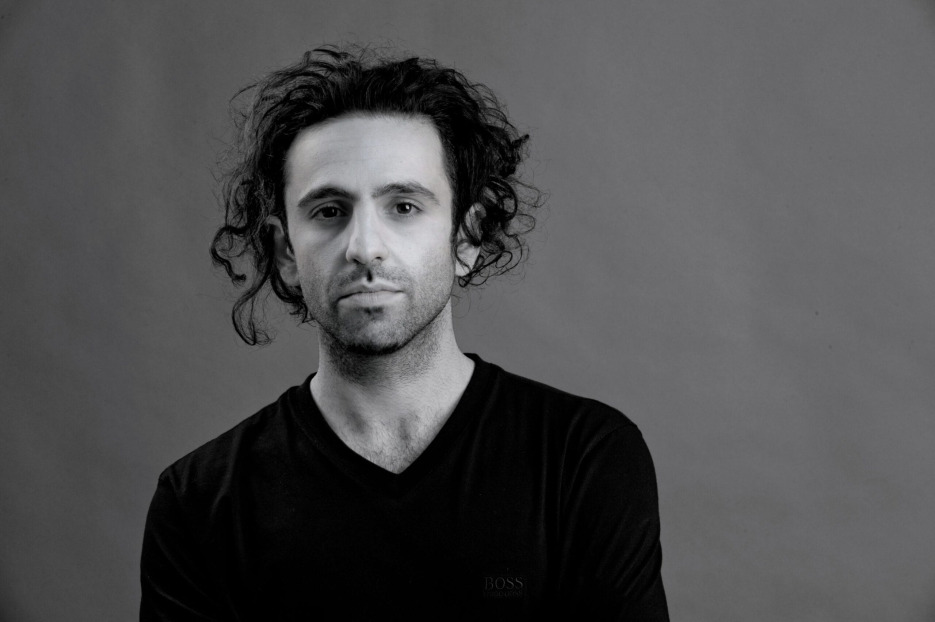 We sat down with Eyetone Records boss Demi to discuss his recent release ‘ASOY & SLF – Between The Beat’, his time with SOS & more. Check out what he had to say below.

Lets go back a bit and discuss your time with SOS. A trio of DJs playing together was still a novel idea back then. What had you all so convinced that it’d work?

Whether it would work or not was not the motivational force here; we all had our solo achievements and different levels of recognitions but at the time we all were feeling of wanting something much more. And we all quickly realised that we were ready to experience something far greater than what we could achieve ourselves within the DJ performance format.

Masters at Work was collectively a huge inspiration to us all and we wanted to find a way, a system in which we could all perform as if we were a live band. The music  synchronicity between us was there and at such a supernatural level, but we needed to find a way in which we could manifest that fully. Omid came up with the basic concept to create what was in effect the ‘Human Traktor’ – 3 mixers, 6 decks and efx units. Once this was in place then we became that perfect storm; a superbrain as one functioning that captured ours and  people’s imaginations at the same time.

What was novel then I believe is  still relatively novel now…. Putting live acts aside, can you really list 3 DJ’s performing as one since SOS disbanded?  And together doesn’t mean b2b as in your turn, and then the next person’s turn and so on which has been the way a lot of DJ duos or trios of late have formed and is all well and good but who wants to wait for the next person to go on when you’re bursting with ideas of what to play or layer over.  No what I mean is TOGETHER is when all the channels are up, the egos are left out of the booth, and you’re working through the mix as one; taking the risks together and at times creating musical synergy that can leave a positive imprint on people’s lives.

What do you consider your big break as SOS? And do you look back on it as a positive experience on the whole?

Our Essential Mix for Radio One was probably the launchpad to the many world tours and pivotal releases that followed for us. We were asked by the BBC if we were ok with submitting a 3 hour studio mix because the date of the broadcast fell on the same date as when the clocks usually go back in March. To be asked this with 3 of us in the group almost felt like it was meant to be somehow. And I believe it’s the only 3-hour studio mix ever recorded in Essential Mix history.

And looking back now as time goes on, it was an incredibly positively charged journey we were all lucky to be a part of.

Working alone vs working with others – how does it differ? And do you have a preference?

I love working alone and also working with others. Both have had great importance in my artistic development. At times if I find I’m hitting a creative block when I’m working on my own, I don’t force the ideas anymore but instead I can call on friends to come over and jam with me in the studio. It’s all about keeping those creative juices flowing as much as possible and I find this is the best way I can try to sustain and harness those ideas hopefully before the disappear to the deeper realms of my brain.

Your latest release has been produced in tandem with SLF. Can you tell us a bit about who SLF is, who did what and why it worked well as a collaboration.

SLF is Stephane le Francois whom I met during his time here in London back in 2015. He’s an established studio producer and engineer in his own right and has notably had a track inclusion on Moodyman’s recent DJ KICks compilation. He now resides in Berlin where his work now has leant to the more modular side of music composing and experimentation.

I was working on a separate project with another music colleague of mine a few years back and he advised that we should meet Stephane to provide us with a mix down of a track we had finished. I met Stephane at his studio which was in the Hoxton Docks complex here in London. A relatively routine mix down session turned into an all night affair hanging out, playing music including some of the material from my Eyetone imprint. Stephane heard the 4th release that was in the works by a band called Pink Murder that I had signed to the label and loved the track so much he was happy to provide a remix for the label.

The working relationship grew from that moment and we had been meaning to work on some collaborative projects at some point in the future. Fast forward a year and I had been working on the solo ASOY material and had in mind Stephane to provide a mix down of the material.

I suggested that we finish the project by bringing in an SY1 Syncussion unit that I used to make most of the sounds on RUmbleFace as the unit has CV options to hook it up to some tasty modular equipment he had. That one night turned into a 4 hour continuous recording jam which part formed the final layers and textures of the track.

He was a total joy to work and we’re excited to put to bed a few more of these recording sessions that were started.

This release seems quite techno focused. Does ASOY signal a new direction for you in that case? And why was now the time to come up with a new direction?

This new direction as you say does not feel new to me at all to be honest. Playing forward thinking electronic music that drifts between electro, house and the deeper or darker shades of techno was always a big part of my music footprint.

My approach to music whether playing or producing has been to see how far I can push those boundaries. But as a producer I needed a clearer identity because people have known me predominantly as DEMI mainly through the recognition of my work as a DJ. Playing a certain sound that feels more fun, party loving and uplifting. For Demi that won’t change and it’s allowing a much wider range of gigs large and small that don’t necessarily serve even the dance floor. I’m receiving more requests as DEMi to compile playlists, and soundtrack venues with a more eclectic approach and it’s been equally a rewarding experience.

But as a producer I’ve been quietly working on the ASOy material for a few years now, making machine music that is bursting with it’s own emotion and levels of intensity. For sure it could be viewed as music which is geared to the more discerning clubs and venues where new music, and ideas are welcomed and embraced. ASOY provides a clear and sharper focus of electronic music for these spaces. Journey into sound, destination Unknown.. This is what underpins the ASOY project with  its  laissez-fare approach that’s steering the direction in which it goes and flows.

It’s also been signed to a Ministry-affiliated label if we’re not mistaken. Can you tell us a bit about your history with the club?

A love affair that will never end. From going as a clubber in my late teens listening and having the time of my life listening to  DJ’s such as Sasha, Paul Oakenfold to Masters at Work in THE Box to eventually playing in that same room myself. It still is just one of those magic rooms to play and listen and dance to music – PERIOD. Regardless of the many faces it’s had over the years, it’s been a privilege to play, be a resident and release a residents mix compilation for them. Happy 27th birthday for this year.

Do you get out often these days compared to as much as you used to?

I do..absolutely.  These days my intentions for going out are not so much as to escape from any daily routine or stress but to be inspired by my fellow peers and colleagues, some whom I may know personally and others I’ve yet to cross paths with. Floating Points is one of the latter examples. He was playing an all day set at Fabric a few months back and by good fortune I was also in town that same date and went down on my own to the club. It’s always nice to reconnect with the family there and Andy, Judy, Rami and the entire team make you feel like you belong somewhere. But it’s the solo moments that still get me with that space. On my own, on that dance floor just taking it all in. The mindset may be a little different now but the goal is still the same. To be sonically stimulated. And Sam blew me away that day with his inventive mixing and selection.

Another great little space worth checking out is ‘A Glove that Fits’ which is pushing a much more experimental programme of electronic music.

Does DJing still excite you as much as it did way back when? And do you think earning a reputation as a DJ has become more difficult in today’s climate?

I don’t think it’s more difficult now than before. Substance always shines and quality always prevails. But it takes a lifetime commitment and sacrifice bound with humility and grace. Nobody is giving out a free pass on this gravy train. It’s not easy and of course it still excites me. And it always will.  As much as I’ve embraced the studio world these last 6-7 years, it’s still the next mix, the next new sound, the next progression in a mix between 2/3 records which has always been the drug for me.

Do you remember the last time you heard a piece of music or encountered a DJ who really floored you?

Fred P – both his music under his many aliases which have inspired me for a long time but even more impressive was his DJ performance when I heard him at the Rex Club in Paris.

What more should we be looking out for from ASOY over the coming months?

Enjoy the Between the Beat Ep for now 😉 – https://www.beatport.com/release/between-the-beat/2300587