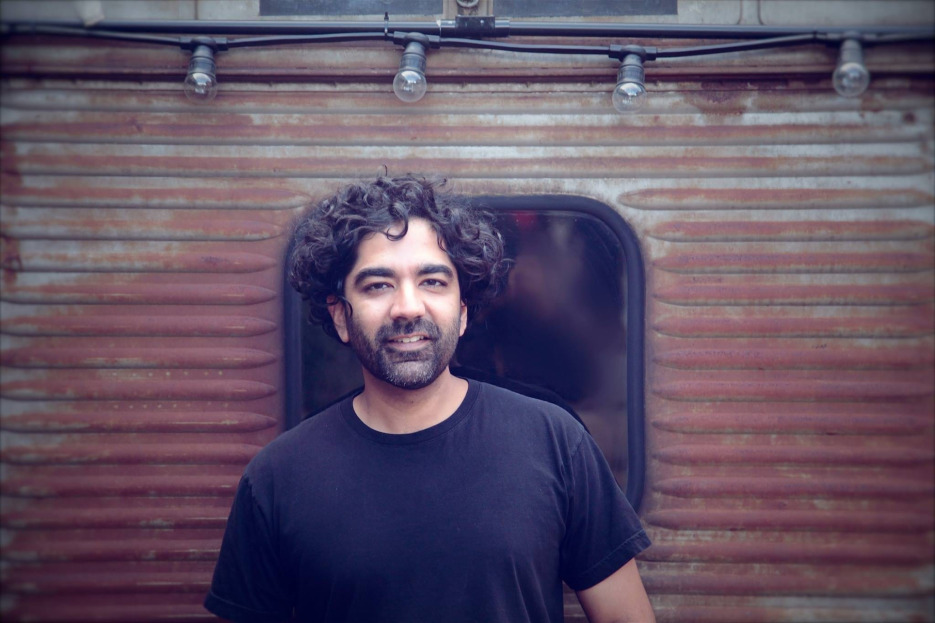 We had a chat with head of Beartone & producer; Bearface, to discuss his recent EP ‘Sista EP’, his approach to creating his tracks, his upcoming releases & more. Check out what he had to say below.

Do you have a general approach to producing your tracks? Do you go into the studio with a plan or do you jam until something inspires you?

I’ll usually have a thought as to what gear I want to use. This will normally be a drum machine selection as these pieces give a particular feel to a song, then I will start to sketch stuff out. After about an hour, if I like what I hear the I’ll keep the project going.

I love to hear fresh sounds so I actively search out new material and new artists, maybe online, in radio or in clubs.  As well as being a DJ, producer and musician I am first and foremost a fan so I will listen to house music stuff quite a bit, researching and enjoying the genre I am involved in. I think it’s important to take the music to new places and not stick to any major formulas.

I will always attempt something different to what is popular or generic at that point in time, using old gear with new or whatever pieces I have lying around in the studio that I hope will alter my sound in a different way. This hopefully will give my music a style that is unique to me. Of course I don’t want to be so ‘out there’ that the music is unplayable by DJs or you can’t even ‘get down’ to it. I try to have some basic rules when producing, strong rhythm and bass with an analogue feel and texture.

I will normally track with hardware into high quality gear and then mix the tracks in the analogue domain with my Studer 169 mixing desk using hardware compression on the inserts.

There are no other strict rules, the melody can be basic or complex, full vocal or vocals chopped, sampled, twisted, distorted…whatever I fancy, this is where the experimentation comes into the production and it can take some time to stumble upon something that resonates with the loose ideas that I have in my head about how the track should sound.

Tell us a little bit about Beartone Records. What made you decide to release it on your own label, rather than someone else’s? How does this decision making process work?

Beartone Records was set up primarily to give me the freedom to release the type of tracks I was making around 2008.  These tracks I knew were not that mainstream in nature and may have been difficult to sign to other labels at that time.  Nowadays there are plenty of labels to go to and the genre has expanded to accommodate the Minimal/Tech/House boom but releasing on your own label avoids the pain of waiting for tracks to be signed.

Timing of every release is very important.

The opening track of the ‘Sista EP’ has a bit of a middle eastern feel in terms of the vocal work. Would Middle Eastern music be a usual influenced on your music?

On the opening track on the ‘Sista EP’, ‘Mumbai Nights’ I used a vocal snippet from an old Indian movie soundtrack from the 70’s. I thought the track could do with something sweet to go over the dub style beats and bass line. Also I wanted to give the track a summery feel and picked a memory of a sunset in Goa as inspiration.

Can we expect more releases from yourself or on Beartone this year?

I have my second EP coming out on Exploited Records in July 2018 and also a Beartone release scheduled for the end of the summer.

Who or what has been the biggest influence on your music and career?

There are no specific entities that influence my music as I take my influences from everything and everyone around me and living in the heart of London there are many things and people to draw inspiration from.

The drive to make music comes from the vibrant music scene, so many great artists putting out amazing music.

Can you remember the track or album that made you want to produce music of your own?

Regularly I hear music that makes me want to produce tracks. But if I had to go back to my earlier productions then I would say Mood 2 swing and the Prescription label had a big influence on me.

What more can we expect from you and the label in the year ahead? Have you got an shows lined up?

I am currently in the process of setting up a regular night in West London but haven’t decided upon a location as yet.

What is your earliest memory of music?

Do you prefer producing or DJing?

I love both DJing and producing for different reasons. It is really exciting being in the studio creating music and then being given the opportunity to take this creation to an audience in front of a big PA system is a fantastic honour and so exiting. Being part of a community and connecting with people at gigs is a real buzz.

What is some advice you would to a producer who is just starting out?

Follow your heart and trust your ears. There is a lot of noise out there and people don’t often have time for you so don’t give up. It’s likely that if you yourself are into your productions then there will be a group of people out there who will like your music too.

Bearface’s ‘Sista’ EP is out now via Beartone. Buy it here.