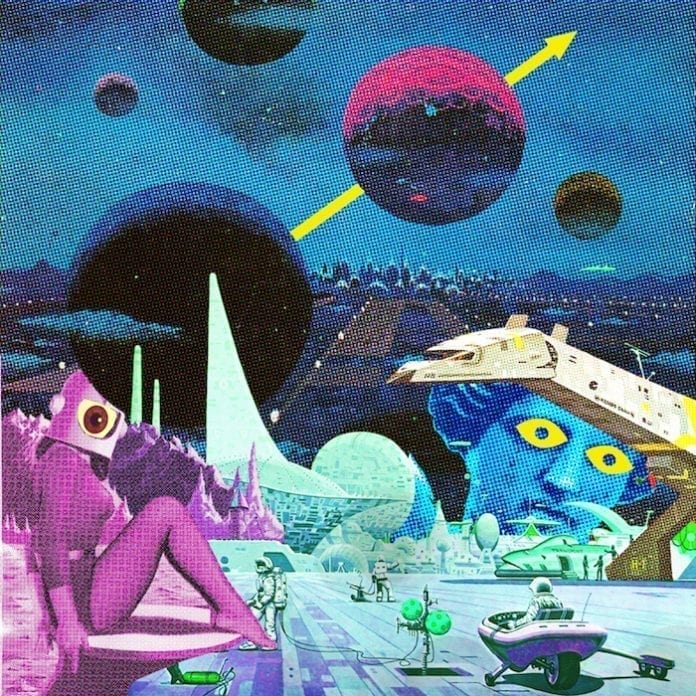 In 2008 Miro Pajic launched his independent label Lazerslut and has released 50 own releases. Over the years many great artists have been remixing his tunes on LS, which include names like Troy Pierce, Tony Rohr, Click Box, [a]pendics.shuffle, Harry Axt, Audio Injection and many more.

For the 60th release and celebrating ten years of Lazerslut, Miro has invited a few friends (and fantastic artists) to contribute to this release.

Luigi Rossi, creator of the „Together In The Dark“ podcast series and events starts off with his super-groovy and slick „Everything Sex“.

Followed by Alexi Delano, who certainly needs no introduction, with his countless releases on Drumcode, Plus8 or Visionquest. His „To The Unknown“ kicks with mesmerizing and trippy elements in class A quality!

Minimal veteran Billy Dalessandro, who started off years ago on Force Inc., Archipel and later co-operated „Siteholder Records“ delivers an acid-filled „Too School For Cool“ with lots of punch and his typical hypnotic sample bits.

Know for his music on labels like Oslo, Cecille or Get Physical, Ray Okpara, who nowadays runs „Ama Recordings“ gave us his track „Tough Flang“. A no-compromise groove inferno with all the bells and whistles!

Miro’s old label buddy, from the days at Items & Things, Andy Martin has had a transformation in the past couple of years. His „Pleyadian Garden“ moves away from his early minimalistic works. He now has a more surreal UFO-Techno tone for big strobe light floors, still capturing his hypnotic trademark.

Belgrade’s most known vinyl DJ and producer Marko Nastic, who had his Lazerslut debut with „Reflection“ in 2017, supplies us with his excellent „Structure“. Sexy beats, exquisite vocals and his distinctive bass line make this another badass tune!

Label boss Miro Pajic’s signature sound is shown in his „Ritual Pill“, with its seductive sound design and hot beat.

Closing this compilation is Harald, a newcomer yet to be discovered. His „Cactus“ oozes sex appeal, low-frequency rumble and driving beats.