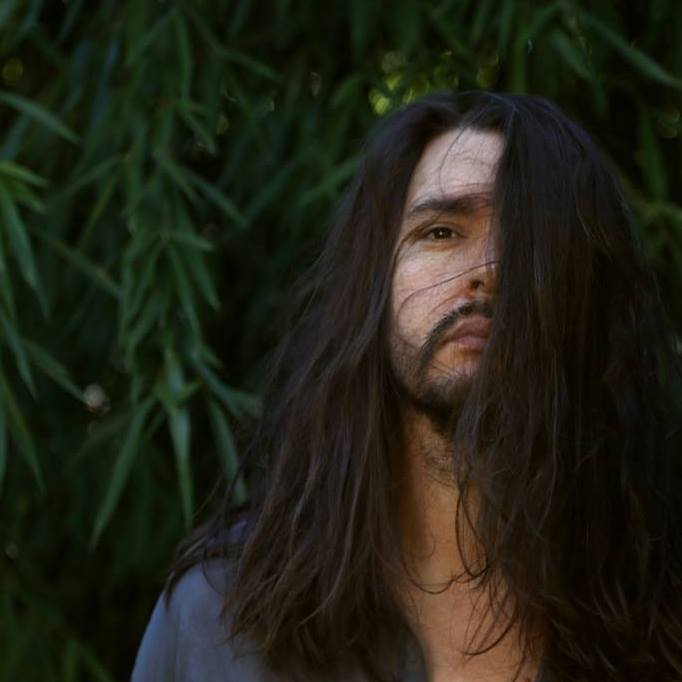 Paulo Olarte is a man on the rise. A native of Columbia, he’s beginning to find his feet in Europe’s house and techno scene, thanks mainly to the support of a number of renowned DJs and producers. From Maurice Aymard at Galaktika to Pellon at Parallel to respected crews such as Diynamic and Moodmusic, a whole host of in-the-know heads are fostering his up-tempo and always captivating sound. With this latest release having landed on Parallel, we put a few Qs his way…

Joseph Barnes: Can you tell us a bit about this EP and how it came to be? What made you want to collaborate with Maurice Aymard?

Paulo Olarte: I was in Barcelona to play live at Razzmatazz for the release party of my album, ‘EL ESCANDALO DE TUS OJOS’, which was released on Maurice’s label Galaktika Records. Barcelona for some time, it was a perfect excuse to go into the studio and make two tracks.

Maurice wanted me to sing, that was very important to him, but that day I was more in a storytelling mood, so at the end on one track I ended up using the voice as a rhythm element and talking about the street and being out on the street, walking around, laughing, singing, crying, screaming… and on the other track I ended up telling a story about a guy who has been left by his girlfriend and he speaks to her, even if she is not there. So, the result was two Latin flavoured tracks specially made for the summer dance floors.

Paulo Olarte: There is always a master of ceremony. I think if you are DJing it is always cool to charm people, to let them feel good, not only with the music you are playing and how you are playing but also with a smile, showing them that you also enjoy being there and being part of that moment. Finally, it is kind of an ephemeral experience where everything goes so fast and it is all about consuming. So maybe by “snake charming“ them, at least there is a chance to create these very special moments (no phones, no cameras) like being a big collective and not only individuals. Like I already mentioned, the selection of your music and your skills are also very important. Of course today there are sync buttons all around, but without the technical know-how, in the end, it can be a bad mix. It [Djing] I hard work that takes years to get to a point where you know exactly what you want and how you want it. So yes, I guess snake charming a people charming are very close at the end!

Joseph Barnes: So, so you think that it is important to have humour in music?

Joseph Barnes: So, aside from the Parallel release alongside Maurice, what else have you been up to of late?

Paulo Olarte: Well, I actually did two split EPs on Galaktika Records and the other on Flumo Recordings, an EP on Biotop Label, another EP on Infradig Records (with a Jay Tripwire Remix) and I also did some remixes. One for Patrick Zigon which is already out on Biotop Label, another one for Kid Simius, which is coming out the beginning of, May on his own imprint. I also did – or should I say, am doing – some edits for Los Transatlanticos, a band of cumbia and tropical rhythms which I started to take part in last year.

I am also working on an album together with Patrick Zigon, which will be coming out in July this year. There are also three other projects I am working on now for two years and they are all three related to my roots. That means a lot of Salsa, Cumbia, Champeta, Bullerenge and so on. There is also an Italo Disco project I am doing together with Daria (Cadenza, Watergate, Perspective), and this is the musical project we are cultivating right now. I make music every day of my life and it is not about releasing, it’s the way I process what happens to me in life, it is kind of a therapy. Where I come from it is all about rhythm and music is rhythm and every word we speak is rhythm!

Joseph Barnes: Do you prefer producing or DJing?

Paulo Olarte: That depends on the day you ask me that, but I prefer both! Djing is not something I need, though. I love to DJ, yes, but producing or making music, is for me something like breathing, eating or drinking, it is something I need to exist. So it is not about preferring in this case, it is about essential necessity.

Paulo Olarte: The shower is my favourite place to perform, I can sing as loud as I wish and even as wrong as possible and it sounds always great!

Joseph Barnes: What advice would you give to a DJ/producer that is just starting out?

Paulo Olarte: Everything has changed so much in the last years, sometimes I do not even know if it’s still about the music. I have the impression that it’s more about how you sell it, your last photos on Instagram or Facebook. So my main advice would be to keep it real and you’ll find your way eventually.

For more information on Paulo, please check his Facebook here and Soundcloud here.