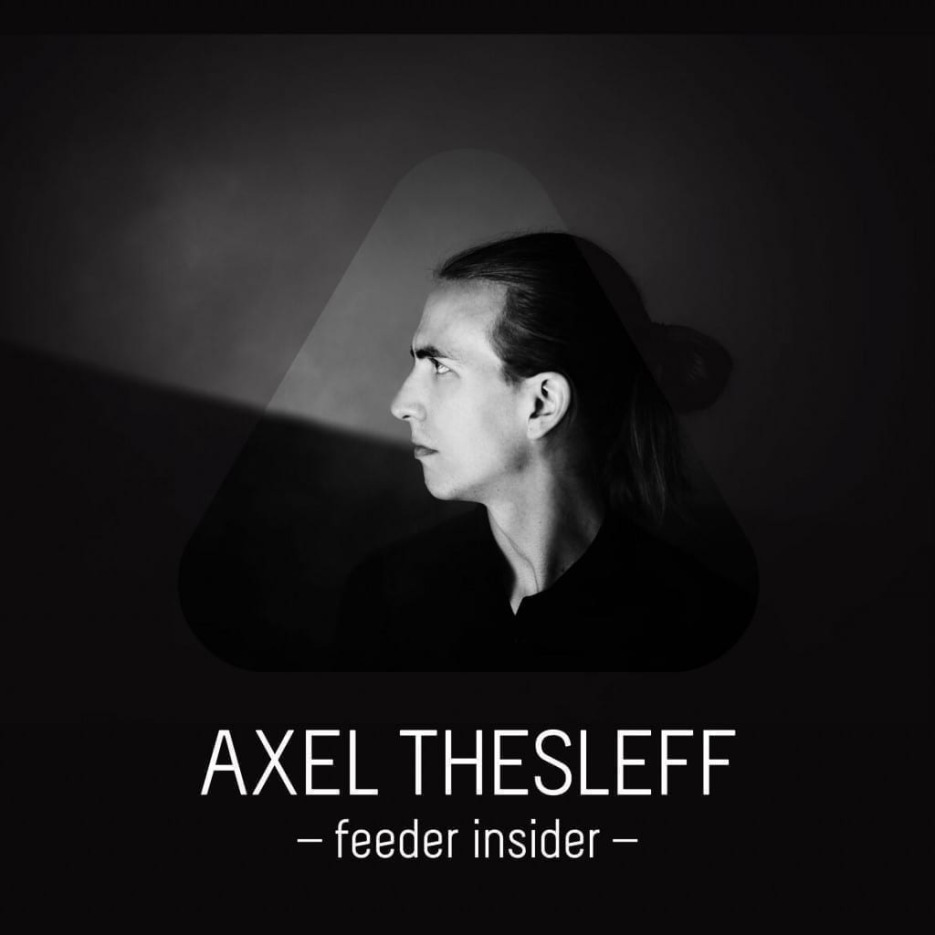 The Helsinki-based prodigy responsible for ”Bad Karma” trap anthem, Alex Thesleff is an electronic musician and producer with a very diverse style. Ranging from bass-heavy bangers to more relaxed and deep tracks, he is never forgetting about the emotion and story behind each piece of music. This is also the case with his brand new EP, ”Two Worlds”, including 5 musical journeys that make subwoofers purr but also deliver an emotional impact resonating with the soul.

My favourite green place in Helsinki is… Hesperia Park
Perfect beverage for a cold winter day… Herbal tea
There’s a bit of magic in… Playing a musical instrument
My ideal holiday treat… Travelling
On Sunday mornings, I’m often in the mood for… Meditation
Lately, female artists…Are killing it
The dessert always reminding me of home…Mustikkakukko
I find street art…Often refreshing
If my new EP would be a cult movie… Alejandro Jodorowsky would be directing:P
3 artists that inspire me… Burial, Flume, Moderat

Sinzi: Surrounded by a thick mystery aura, your newly launched EP feels like a truly transcendental journey. What is the concept behind it and how does it talk about you as an artist?

Axel Thesleff: The EP started out as a collection of demos dating back to 2016. A couple of them had eastern sounds in them, so that’s where the Two Worlds name initiated: east meets west.

But at the same time, I started to think about different dualities that I often find in my music – it’s digital but I use lots of analog modelling, it’s danceable but also for introspective listening, it’s programmed but also played in, synthetic but organic, static but progressive etc.

Another aspect of the concept is a broader duality of experience and materiality which has been occupying my mind due to meditation. I also find myself in contrasting situations in my life which may manifest itself as a feeling of living in between two worlds.

S: Dunya, featured on Trap Nation, is the euphoric track of the EP. Why did you choose to end the album with a track inspired by the material world, along with its earthly concerns and possessions?

Axel Thesleff: Dunya was actually the only track that didn’t emerge from those early demos but was created last, when the other tracks were almost finished. The EP seemed to need an emotional closure, so I made Dunya serve that purpose. It’s sort of a counterbalance for the opening track ‘Akasha’ which means sky or space, or the ether that’s the essence of everything in Hinduism. So Dunya for me symbolizes the struggles of the dualities we suffer from in the material world and the liberation from them.

S: After finally having this EP out now in the world, what are your next steps as a DJ while waiting for summer to come?

Axel Thesleff: As a producer, I’ll make more music as always and as a DJ I’ll try to play as many gigs I can get. I’m also dedicated to bringing more live instrument playing in my sets.

S: Exploring a wide range of genres, how would you differentiate your production, especially the new EP, from your mixing style?

Axel Thesleff: I’m not sure if I understand the question since mixing is a big part of production in my view and not separate things. However, from a technical point when I’m mixing a track I always try to make everything heard, while at the same time balancing the volumes, panning and reverbs to make the sound healthy. From an artistic point of view, I try to approach mixing the same way I approach listening: I do it by the sound’s own terms. For example, if a track is turning out to be lo-fi aesthetically, I try to complement that, and not fight against it.

S: Being an artist with a tireless thirst for inspiration and influences from anywhere, can you draw us a map of your main sources of inspiration when creating?

Axel Thesleff: It’s hard to say since I enjoy very different musical styles, like classical, progressive rock, post-rock, jazz, ambient, dubstep, techno, house, trap, future beats, garage, noise, avant-garde, even metal… I listen to every style by its own terms. When I’m creating music myself I try to make something that resonates with me emotionally but also catches me rhythmically.

S: Early stages of your passion for music were deeply originated in progressive metal. Can you tell us how it all begun?

Axel Thesleff: Well, my first genre was metal when I first started discovering my taste. I then started listening to prog metal like Dream Theater that I was a huge fan of (especially Jordan Rudess). That turned me into prog rock pretty quickly and music from the 70s in general. Then I got into more modern alternative bands like Sigur Ros, Godspeed You! Black Emperor and Radiohead to name a few. Especially Radiohead then got me into electronic music like Aphex Twin, Apparat, World’s End Girlfriend, Burial, James Blake, etc. At the same time, I started going to dubstep raves and got into EDM that way.

S: As a student of Musicology at the University of Helsinki, how would you describe your relationship with music now, in the context of Two Worlds EP launch?

Axel Thesleff: I’ve studied Musicology for years now and I like it because it gives me a lot of food for thought and different concepts to think about.

Right now I’m studying the way production gives meaning to music, and I’m trying to incorporate those ideas into my own work.

S: Giving your fast pace of development in the industry thanks to Bad Karma phenomenon, how would you envision the artistic future of Axel Thesleff?

Axel Thesleff: I want to try many different styles and constantly improve my self-expression. I don’t want to be locked in a specific definition but constantly challenge myself with new concepts.

I’m also interested in branching out to visual and other art forms through interdisciplinary collaborations.

S: feeder.ro turns 14 this year as main alternative Romania’s news agency. Do you have a message for our community of loyal readers, supporting us for almost a decade and a half?

Axel Thesleff: I wanna say thanks for the support! Here’s to another decade and a half to come!