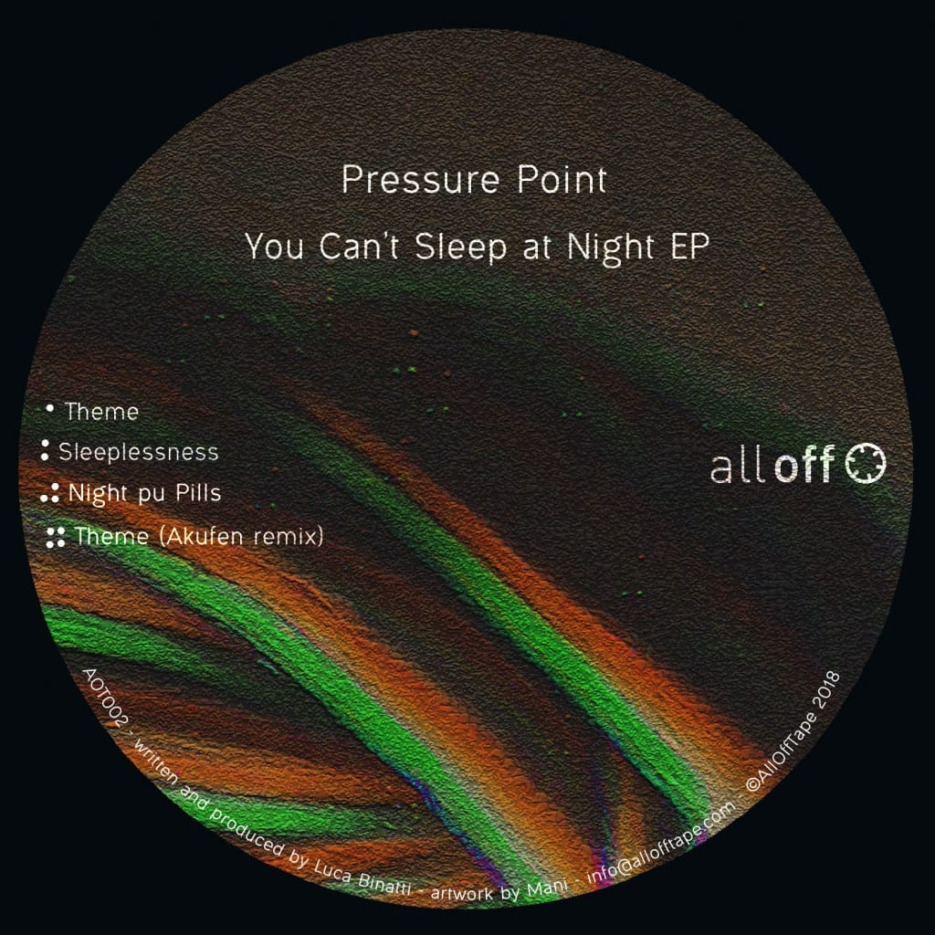 The Berlin-based Italian producer known as Pressure Point is quickly making a name for himself, chiefly as a result of his work on his own Telharmonic Texture label, which recently played host to none other than Canadian live act supremo, Akufen. On his latest release for the emerging All Off Tape label, the relationship between Pressure Point and Akufen is explored once again, with Akufen’s remix of Pressure Point’s ‘Theme’ culminating what is an all-around exceptional release.

But first, a few words for the brilliant originals. Getting going with the aforementioned ‘Theme’, we’re immediately ushered into the oddball and eccentric world of the Italian producer. A quirky, warm gem that’s indicative of the producer’s penchant for more out-there sounds, it gets us going with a cheeky swagger that’s hard not to fall for. ’Sleeplessness’ sees Pressure Point ramp up matters considerably. If ‘Theme’ bared all the hallmarks of a classic Akufen jam, this one is more akin to Eclair’s work under his Horror Inc. guise. Suffice to say, that’s no bad thing here either. A sprightly cut that’s never lacking in energy, it showcases a very different but equally beguiling side to Pressure Point’s production arsenal.

The B-side starts soon after with ’Night du Pills’, a more introspective jam that’s stuffed to the brim with sonic intricacies from the off. Leading us out the door is Akufen’s remix of ‘Theme’. A melancholic reinterpretation that’s notable for its gorgeous keys and all-around catchy vibes, it’s a brilliant track that effortlessly slides into the producer’s already noteworthy discography. A stunning release whereby both producers play their part with some distinction.