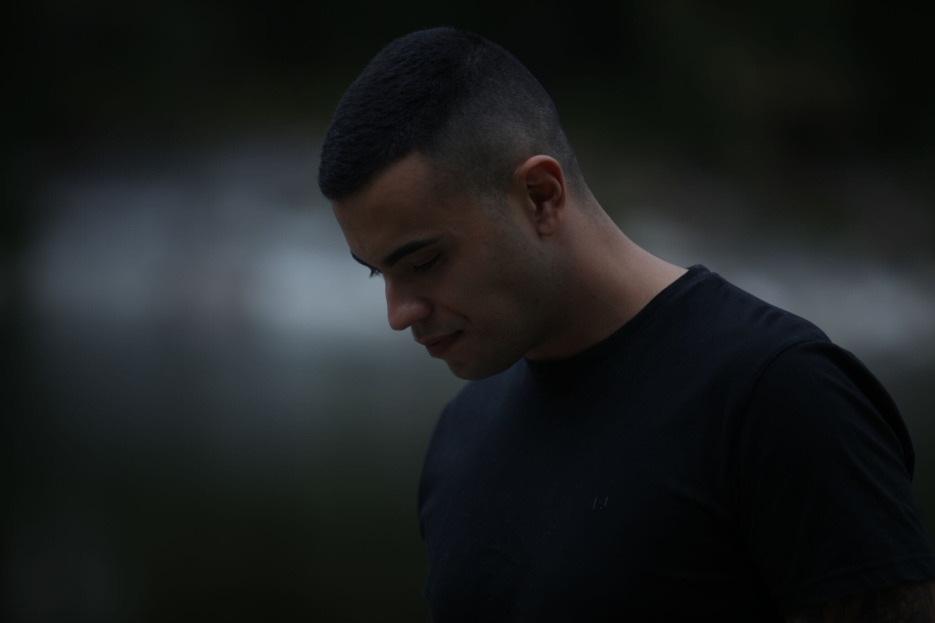 We sat down with Telharmonic Texture boss Luca (Pressure Point) to discuss his favourite places to perform, his career to date and plans for the future. Here’s what he had to say:

Joseph Barnes: What is your favourite place to perform? And why?
Pressure Point: The favourite place among all is always the Club Der Visionaere in Berlin. A very friendly environment where I like to listen and chill to the music, where you can see each side of you perform 360 degrees from micro to house music, and also because the Berlin people are always one of my favourites.

Joseph Barnes: What would be your dream place to perform? And why?
Pressure Point: I don’t have a precise goal, over the years I have seen many places, and I can say that each of them has its charm, its people and its different culture, so I would not dare to focus on one place in particular.

Joseph Barnes: What is your favourite record that you keep it your record bag and why?
Pressure Point: “City People/20 Below – A Lil’ Tribute To The Moody Black Keys” is all in the furrow and the disc which I’ve never left home, charismatic, always creates a perfect atmosphere and a delicate record but at the same time gives energy to the dancefloor.

Joseph Barnes: Who was the best performer that you have seen live?
Pressure Point: If I was to say that Ricardo Villalobos is a pioneer, a genius, maybe I wouldn’t be saying anything new. So I’ll say that him, perhaps along with Zip are my favourite artists.

Joseph Barnes: If you had the chance, who is one performer you would love to see live but haven’t had the chance?
Pressure Point: I would really like to see Theo Parrish’s performance, so far I have not had the chance yet but I hope to soon!

Joseph Barnes: What is your first memory of music?
Pressure Point: My sister studied piano for many years and played at home, and one of the first memories that I have is of enchanted hours and hours listening to music. Over time the passion developed in another genre when I was 14 years old and I bought my first vinyl.

Now I also play the piano, for a few years, I wanted to resume what I always wanted to do. Let’s say that the first one is never forgotten.

Joseph Barnes: What advice would you give any young or aspiring DJs?
Pressure Point: If you have a dream or more beautiful moments, never lose hope and obviously to commit and be constant.

Joseph Barnes: Is there anyone you’d love to collaborate with, in the near future?
Pressure Point: Actually I am working with my friend Julie Marghilano for a new project but for now, I would say that it will be far enough in the future. There will be other collaborations with artists/friends but we can say that these are things which sometimes aren’t planned but come from nothing!

Joseph Barnes: What can we expect from you in the next year?
Pressure Point: I don’t know, in 2018 I have different releases and some very important gigs. I would like to have a magic wand to see into the future and see if it’s a lucky year. One of my next steps will be a live set which I’ve been working on for a while.

Joseph Barnes: Do you think you’ll still be producing music in ten years?
Pressure Point: I hope so! If I had to rely on the passion I would be 100% sure it will remain my job, but then in life there are many changes so you can never know, I have many interests in many other fields but it would be difficult for me to live without music, it’d be like living without air.