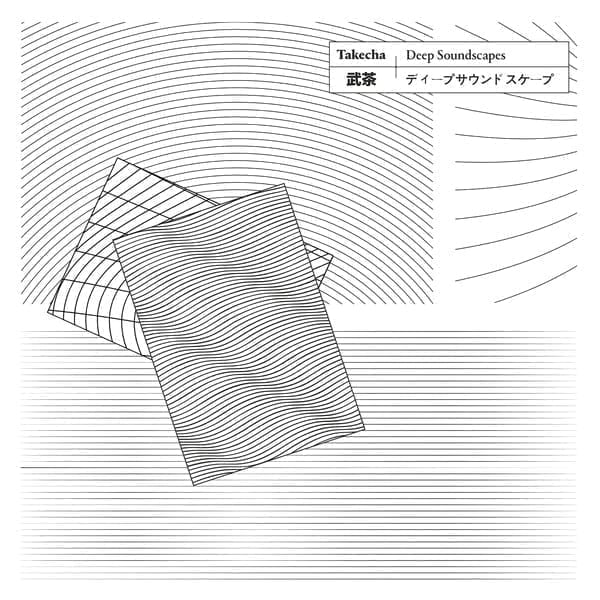 Takeshi Fukushima aka Takecha has been a key figure in Japan’s electronic music scene for decades and belongs to the same pioneering crew as Soichi Terada and Shinichiro Yokota. Now in his mid-fifties, ‘Deep Soundscapes’ is an album encompassing Fukushima’s sound with every track written by the producer between 1990 and 2013.

Intricate percussion and crystalline chords set the tone for ‘Deep Drive’ before a funky bassline joins serene synths in ‘Midnight Things’. Appearing in Soichi Terada’s mix for Resident Advisor (under its promo title ‘Deep Loop C’), ‘Gradual Atmosphere’ is comprised of a galloping beat and saccharine chimes. ‘Factory 141’ sees Takecha demonstrate a murkier aesthetic, whilst ‘Rhodes Detox’ is a definitive example of Takecha’s flair for expertly balancing elements within his productions.

A homage to Shufflepuck Café, an old Mac Plus video game Takecha would play on a black and white 9-inch monitor back in the day, ‘Shufflepuck’ blends ghostly melodies with clicks, whirrs and pops. ‘Calm Imagination’ is a poignant affair from start to finish with its hypnotising atmosphere, contrasting to the more up-tempo ‘Warm Rondo’ with its soulful keys and purring low-end. Tying it all together, ‘Genuine Innocence’ is a cut that Takecha made two versions of; one with a solo from a pianist and another with more emphasis on the beat, the latter of which appears on this album.