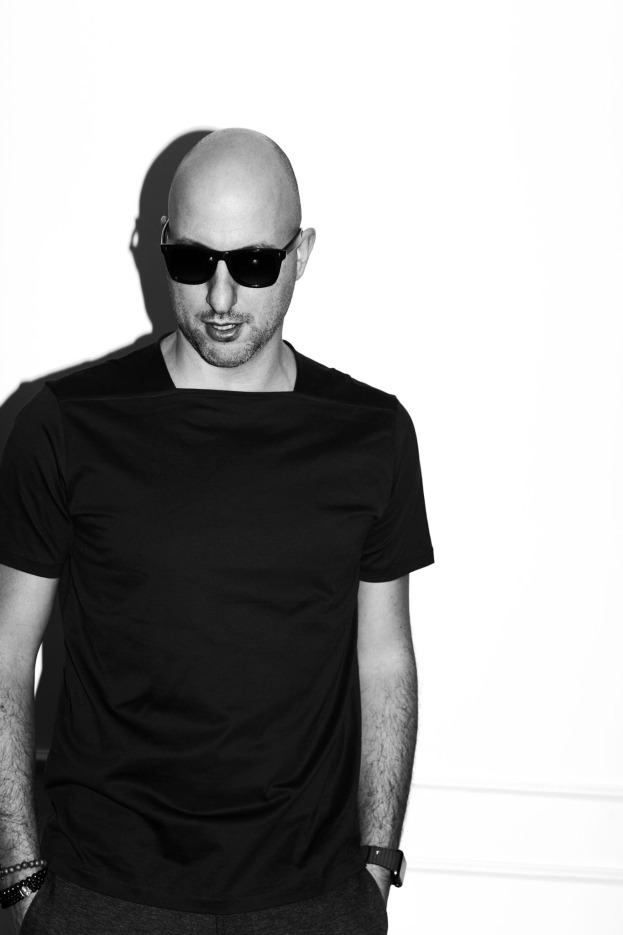 Whisper it, but Turkey really seems to be coming of age on the international dance music scene. Aside from a brilliant local scene, it’s also got the weather as well as a large population of music lovers who’ve come to really embrace the sound in recent times. One man who’s been at the forefront of the Turkish scene since the very beginning is Gadi Mitrani, an Istanbul native who spent his formative dancing years getting down to Sasha & Digweed’s legendary sets in NYC.

It proved a massively influential experience – and so it is that Mitrani is now one of his country’s foremost proponents of top-drawer electronica. His stock only seems to be getting bigger with each passing release too, with his latest record out soon on the always-excellent Galaktika label and future releases on Pablo Bolivar’s Seven Villas also planned. We caught up with Gadi to chat Turkey, Kompakt, NYC and more…

Joseph: Hi Gadi, thanks for taking the time to speak with us. Let’s kick off by talking about Turkey, your home country and somewhere where you’ve been a DJ for more than 15 years now. What motivated you to start DJing in the first place? Was it foreign DJs or local ones?

Gadi Mitrani: I’ve been always a music lover from a young age, I started to DJ at home with vinyl, my music taste changed in time, but the passion was always there.

J: How has the scene in Turkey changed over the years? And how influential has the Internet been on people’s music tastes?

Gadi Mitrani: The scene gets bigger every year, more people are into it now, maybe it’s because of the internet but also we have really good events and festivals in Turkey.

J: Turkey is known for having quite a conservative society. How is electronic music perceived by the mainstream? Is it still considered something of an ‘underground’ movement there?

Gadi Mitrani: Even the commercial radios play dance music now. I think the scene is getting bigger every day. It is much bigger than underground.

J: You have a Saturday residency at FG 937. Can you talk us through this a bit and how it’s helped you develop as a DJ?

Gadi Mitrani: FG 937 is the only dance music station that plays electronic music 24/7, it’s been more than 10 years since I’ve been in the family; they always supported me from the beginning. Of course, I did not start as a Saturday resident, I always try to deliver good music to them. They always support their DJs at the legendary Electronica Fest that they do every year. I am very proud to be a part of FG.937

J: What have been some of the highlights of your time at FG 937? Have there been low moments also?

Gadi Mitrani: The highlight is that I am in the family, and also I have a prime time spot that I love, and this summer I was one of few local DJs in the Electronica Fest Cesme.

J: You released a while back on Kompakt’s sub-label, Kompakt KX. How did that release come about and how did it feel to be recognized by a label like Kompakt?

Gadi Mitrani: I wanted to do a track that is emotional with a low BPM and that can make you dance at the same time. I wrote ”Key of Stillness” in a week but it took me 6 months to finish because I knew I had something good. I gave it to Hernan Cattaneo when he came for a gig in Istanbul, the next week he put the track on his podcast, and after that, he put the track on his monthly chart, and I sent my demo email to Kompakt and it got a positive response that changed my career for the better. 🙂

J: Are the likes of Michael Mayer very influential to you? If so, what other DJs have inspired you growing up?

Gadi Mitrani: When I was living in NYC for 3 years I probably went to every Sasha & Digweed night at TWILO. It was the best DJ school ever, along with the rave club BUZZ in Washington DC where I experienced live shows from the Chemical Brothers, Orbital, from Josh Wink to Goldie and many many more. In the last decade, of course, Michael Mayer has become one of my biggest inspirations, I think he is so uniquely talented.

J: Your latest release is due out on the Galaktika label, which itself has fostered a lot of up-and-coming talent over the years. Can you tell us a bit about your relationship with the guys at the label and the vibe you were going for with this one? Would you say it’s a typical Gadi Mitrani release?

Gadi Mitrani: I am so happy that Maurice Aymard is supporting me a lot since l have released my first EP on Galaktika. I don’t know if it’s typical, I really don’t like to stick to one sound or style, I always like to try new things, and this was one of them and I am very happy with the result.

J: You also arranged for Death on the Balcony to do the remix. Obviously, the boys have been doing some great work now for a long time. What was your immediate take on the remix – did it end up as you imagined?

Gadi Mitrani: Yes, When Galaktika told me that Death on the Balcony was gonna do a remix for my track, I got pretty excited. I love their music and play many tracks from them.

I think they made an absolute beauty with the remix.

J: Your sound veers from tech house to progressive. How would you describe it best yourself?

Gadi Mitrani: I love melodies so I am into deep stuff but I am also a DJ so I try to make people dance too. If I put in a genre I can say ‘Deep Techy & Prog’.

J: Over the years you’ve supported titans of the scene such as Guy Mantzur, Gabriel Ananda, and Danny Howells. What’s been your most treasured moment behind the decks over the years?

Gadi Mitrani: It is always an awesome feeling when you see or hear your inspirations support you by playing your music. It gives you the energy to make more.

Thanks to FG 93.7 this summer I was one of few local DJs in the Electronica Fest. I opened the main stage before names like Guy Mantzur, &Me, Patrice Baumel & Micheal Mayer. Also this summer I warmed up to Guy J and that was a very special night for me.

J: What’s next for you after this release that’s really keeping you excited?

Gadi Mitrani: Very excited for my releases coming out on April, A link release from Seven Villas and another EP from Wold records, and I am in the studio every day producing more.