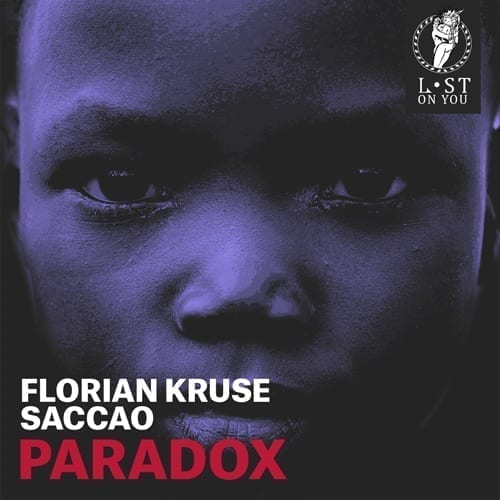 What better way to harness the energy of quality electronic music than to help move the world in a better direction? Lost On You is the first underground electronic label to double up as a benefit program, supporting talented young producers while donating all money raised from their music sales towards helping fight against malnutrition, hunger and sanitary problems in the poorest parts of the world.

Based in Paris, Lost On You is a universally minded label that places humanity’s best interests firmly at the core of its ethos. Their second release sees hotly tipped underground producers Florian Kruse and Saccao step up for a late- night tech house romp on the deepest of lost dancefloors, showing the power that music can have to bring people together in spaces far bigger than the club.

It is this combination of philanthropic dedication and purveyance of top-drawer electronic music that has made Lost On You a very special underground label. Their recent ‘Sierra EP’ by Swiss producer Several Definitions caused a stir when it was premiered with Deep House Amsterdam, reaching #21 on the Beatport progressive house charts on the day of its release. Their sophomore effort is further testament to the talent and dedication practised by everybody involved with the label.

Charity aside, Florian Kruse & Saccao’s Paradox EP is an incredible voyage into organic and progressive house that will have you glued to the dancefloor. The two breathtaking tracks crafted by these artists evoke the sordid smokescapes of Berlin basements and weekend-long bacchanals. This is party material that transcends its medium. ‘Nightshift’ is a starry-eyed progressive house with the analogue feel that Lost On You is becoming known for, and the type of track that reverberates in your ears long after the fact, only reaffirming the tenets of a label where no compromise is made on quality. Their music is organic, and so is their message; just as these tracks will stay with you long after you hear them, the ripple effect of every sale will reverberate across borders and cultures and be felt in parts of the world where you can make a difference. Lost On You is beeping and whirring its way to a better future for the most disadvantaged, and you can be a part of it.

2 thoughts on “Florian Kruse & Saccao – Paradox EP (Lost On You)”