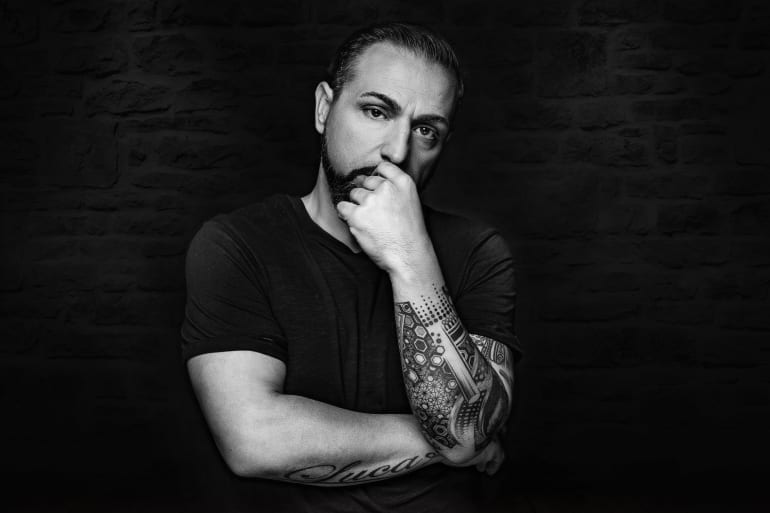 eMBI Music is a Frankfurt-based label that’s known for its astounding consistency and almost peerless ability to deliver dancefloor-focused bombs. Helmed by label owner Daniele Casa, the imprint was established in 2012 and has quickly earned a reputation as one of Frankfurt’s most dazzling contemporary labels. We decided to check in with Casa recently, as he gave us the lowdown on his Top 5 favourite eMBI releases to date. If you didn’t encounter the label yet, then you can consider this a fitting introduction and if you have, then this should provide a refreshing walk down the memory lane. Enjoy!

In 2012 I decided to start my label, eMBI Music. And by 2013 we’d released our first vinyl courtesy of the Molisans Brothers. This was an old project of mine with my old partner, Gab Oswin, but this production was all my own ideas and work.

I know Markus from the Frankfurt scene and asked if he was interested in doing a remix. Thankfully he was and after this, we organised a release party at the Goa Club in Rome to celebrate the release. Following this, Mario Basanov aka Ten Walls selected the original track as his best track of 2013. You can read the interview here.

The second eMBi vinyl was produced in 2013 by the Japanese artist, Iori Wakasa. Alex Celler sent us his remix and I also did one too. Pezzner’s track sold the best on this release, but my personal favourite is Alex’s. I still play it today – such a dancefloor weapon!

Marco is a big, big friend of mine. He is, for me, the best artist on eMBi Music. He has a big modular studio in Italy and every track he does is a pearl. Our friendship goes beyond music.

He has done a lot of vinyl releases on strong labels, but he decided to present his first album on eMBi Music. And we decided to make a big package around this album, including remixes in CD format as a present too. The remix album contains a lot of strong dub techno artists and a remix of mine, maybe one of my best remixes.

My relationship with Neverdogs goes back to 2016. I asked the guys for a remix, but they called me back and asked if it’s possible to make a complete EP on vinyl. I was very perplexed at the moment but happy that a big name like them are fans of eMBi Music.

Neverdogs sent me the originals and included a remix from Franz Costa and Fortyseven aka. Davide Ruberto – a big musician, producer and drummer. He did a lot of big stuff in the 80s and 90s, working with artists like Cher, James Brown and Joni Mitchel. The second remix is from my friends and promising Frankfurt artists, Drag & Drop. All their productions are guaranteed to move you on the dancefloor, so it’s no surprise they’ve released on the likes of Deeperfect, Unity Records and My Favourite Freaks.

The last selected EP is my first vinyl release on my label. The idea for the EP was born out of a bachelor party in Warsavia. After a hard trip, my friends came back to Frankfurt pretty inspired, so the Warsavia EP was born. For the remix selection, I chose Ilario Liburni as I’ve always appreciated his work. For the same reason, Sascha Dive is an exemplary producer and a friend of mine. His remix is one of the best selling tracks on eMBi music. At the last Sonar in Barcelona, we celebrated this release in the Macarena Club. Great times!

Filou’s Crossover EP (featuring remixes by Daniele Casa and Ray Okpara) will soon be released on eMBI Music so stay tuned for quality music and let us know what is your favourite release from this amazing record label!