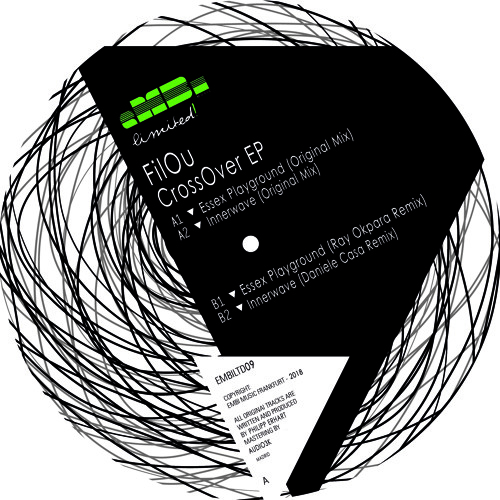 Among discerning house heads, the Frankfurt-based Italian/German eMBI imprint has long been a consistent source of top quality house fare. A shrewd label that’s as preoccupied with promoting up-and-coming talent as it is more established names, its latest makes for a case in point. Coming at us from German producer FilOu, it sees the individual in question perk up with two originals, with none other than Ray Okpara and label owner Daniele Casa providing the remixes. Limited to 200 vinyl copies, it’s a stunning release of the sort that’s sure to go down a treat with fans of classy, textured house.

Opening up the release is the sounds of ‘Innerwave’. A tense track that’s bubbling with atmosphere throughout, it follows a fairly stringent path throughout but always keeps our attention locked thanks to its weighty grooves. Daniele Casa’s remix is no less exciting, as he cranks matters up further with a hypnotic sheen that’s hard not get lost in.

On the flip, FilOu perks up with the charmingly-named ‘Essex Playground’. Again, the focus is on watertight grooves and a stripped-back, minimal ethos, as he pairs the latter with a sporadic vocal and snippets of melody that keep us second-guessing throughout. Culminating the EP is Ray Okpara, whose ‘dubbed’ mix sees us out with some distinction. A growling peak-time monster that’s sure to breathe new life into any set it ends up in, Okpara’s remix is a fine lesson on doing more with less.