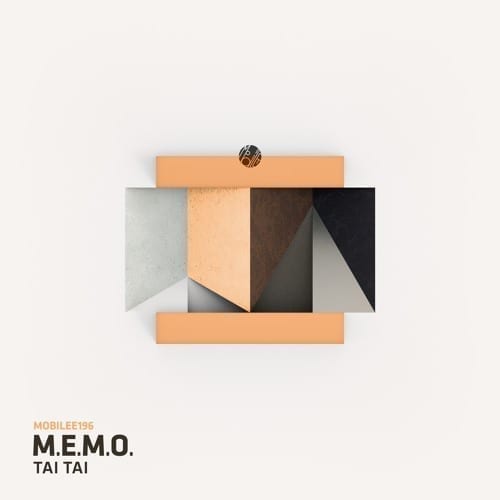 Spanish producer M.E.M.O. has enjoyed a rich vein of form of late. Having already repped distinguished labels like Bedrock, Yoshitoshi and Indigo Raw, he marks his debut here for the no less renowned Mobilee label with a release that speaks volumes about his talent. Featuring two original tracks, the Tai Tai EP sees the producer in vintage form, as he unleashes two exceptionally produced peak time techno tracks here.

Kicking off the release is the sounds of the title track. Wasting absolutely no time in getting down to business, it’s characterised by its gnarly baseline, the likes of which evokes the sounds of Dubfire and Oliver Huntermann. Practically begging to be played on a vast soundsystem, ‘Tai Tai’ is a trippy and atmospheric cut that’s likely to leave its listeners in a spin. And by the time its crafty piano line enters the fray, it’s hard not to be won over by its many moods.

The other original here is ‘Hua Hua’. A zippy track that’s again indicative of the producer’s liking for up-tempo flavours, it sees the Spaniard perk up with another gem of a track that’s similarly inclined to its predecessor but maybe slightly more stripped back. Again, suspense plays a key role, with M.E.M.O allowing the track to breathe and gain momentum before bursting back into life. The sort of track that’s been tailor-made to decimate the dancefloor, ‘Hua Hua’ is very much indicative of Mobilee at its most potent. In that essence, M.E.M.O’s appearance on the label makes perfect sense.