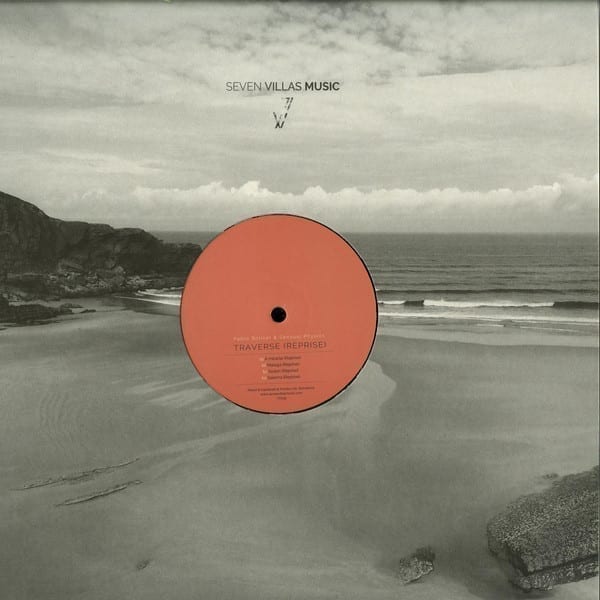 Undoubtedly one of his country’s foremost electronic music artists, Pablo Bolivar is a man whose name will be familiar to most with an interest in discerning electronic music. A fierce proponent of quality-driven house, techno and everything in between, Bolivar’s much-respected works have led him to respected outlets such as Culprit, Moodmusic and Curle. However, it’s Bolivar’s work at his own Seven Villas label for which he is best known.

The label’s latest release, titled Traverse (Reprise) is a collaboration with Joerg Schuster aka Sensual Physics, a german producer whose aesthetic expertly fits in with Seven Villas. Traverse (Reprise) features 4 takes, new versions of previously released tracks, for a longer listen, offering a fascinating insight into the mind of a producer for whom experimentation is always key.

Although he mostly keeps the spine of each track intact, this project enables Bolivar to add an escapist, dubby and ambient spirit to each take, often adding a soft, deep and sophisticated club aura as he goes. Tasteful and subtle, the release can be viewed as a sequel, albeit one that pays homage to its predecessor in stunning and fitting fashion. Here everything flows simply in a natural way, especially that ambient-deep and tech fog which just adds a punch in any case. The tracks “A Miracle“, “Malaga“, “Sedan” and “Salema” acquire a new dimension yet always looking to their origin with respect.