Larry Cadge – Me, Myself and Larry LP [Smiley Fingers] 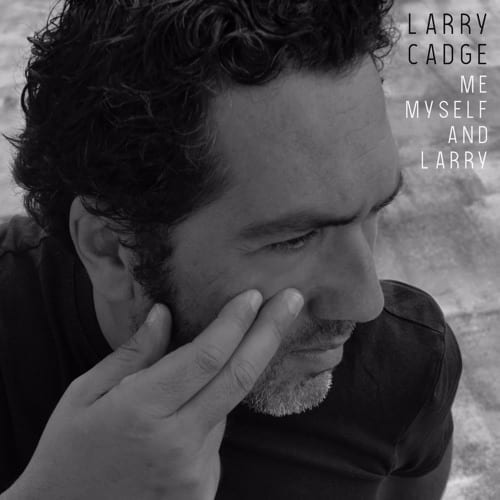 Larry Cadge – Me, Myself and Larry LP [Smiley Fingers]

Larry Cadge is a DJ and producer based in London, UK. Starting his career as a DJ in 1989 he carefully evolved into a multi-faceted rhythm architect, taking influence in his works from basically anything that can be related to the concept of modern music.

Free from limitations, his sound incorporates elements from house, techno, disco & funk, downtempo electronica and the results are masterpieces, those kind of tracks that circle the globe and get played by the likes of Roger Sanchez, Solomun, Marco Carola, Richie Hawtin, Dubfire, to name a few. He has released with some of the most selective underground labels in electronic music, like Kling Klong, Noir Music, KMS, Great Stuff Recordings. His release on Kling Klong, “The African Awakening” was Top #1 vinyl on deejay.de.

In 2010 Larry founded Smiley Fingers, an independent house and techno oriented record label, based in London but operating on a global level and having more than 190 releases so far signed by well-known artists, like Danny Serrano, Rick Sanders, Marko Nastic, David Herrero, Rich Wakley and many others.

After years and years as a producer and label owner, Larry will release his debut album, titled “Me, Myself and Larry” this November, at his own label, in this way marking a very long awaited moment in his career.

“The idea to make an album started out like a review of my life, in a way. It was a pretty reflective experience. I had to evaluate not only where I was musically, but also personally.”

The LP offers an intimate and introspective journey featuring 11 tracks of sound mastery arranged into moments of electronica, chill-out, house and techno rhythms that fuse with the exotic flavours of funk and dubby world music.

Filled with emotion and creativity, Larry Cadge’s debut album is a treat throughout, blending powerful grooves and melodic structures into one distinctive, fresh, signature sound. This album will definitely be a “game-changer“, not only for the house/techno scene, but for all electronic music.

Larry used the Diggers Factory platform to fund the release and the album will be available from 24th November as a 2 x 12” limited edition vinyl pack. You can pre-order the double album here: bit.ly/LCVinyl2hlhx8K.

*You can also stream through the tracks and have a closer listen, we know we did it for hours and it’s still playing! 😍

1 thought on “Larry Cadge – Me, Myself and Larry LP [Smiley Fingers]”