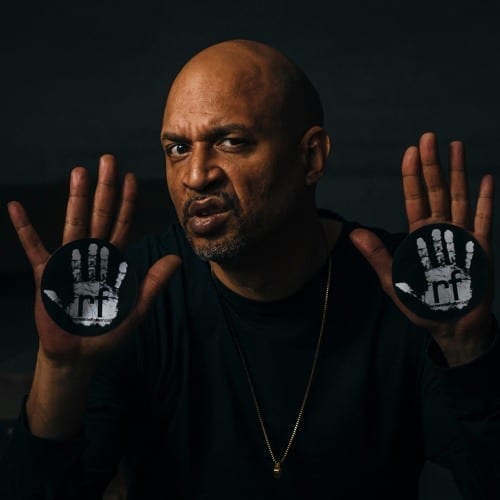 Prolific, DJ producer Orlando Voorn has been defining the underground DJ life since the 86 Dutch DMCs where he first stepped into the consciousness of dance music. Using many legendary code names like Basic Bastard or Playboy he has filled warehouses all over the world, through era after era, with the raw tech funk sound that the real heads crave. Along the way a bridge between Europe and Detroit was crafted and foundations of futurist funk were cemented.

Of all the characters he embodies, none is more fierce than Fix. In 92, the track Flash instantly became one of the most recognizable, tear-up, DJ weapons in the history of techno culture, and to this day sounds ahead of the game. This new release features Orlando with an acid house remix and Detroit legends Body Mechanic and Sean Tate‘s colab flip. Fix is the future funkateer and souldier for dancefloor dominion, you can’t front. Fix is back!