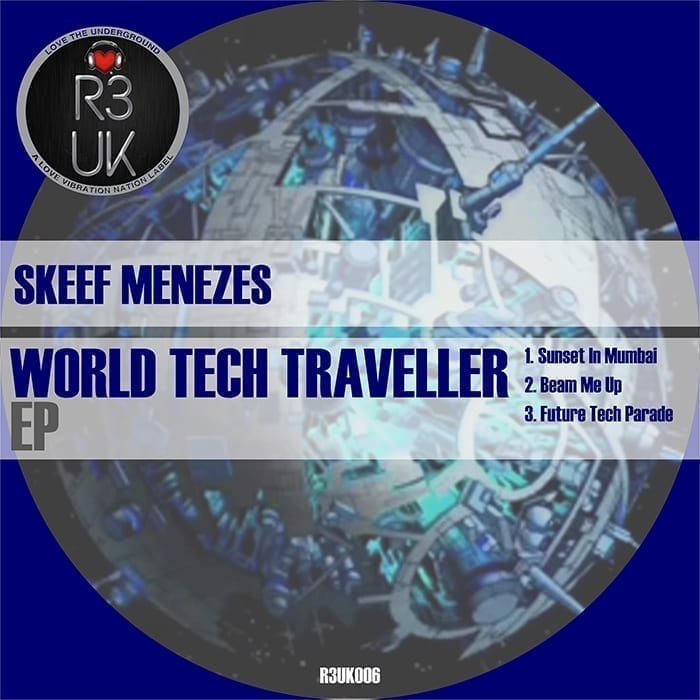 Skeef Menezes‘ debut release on R3UK is a four track ep titled “World Tech Traveller“, a Thoughtful Minimal Tech release with pulsing bass-lines and instrumental sounds influenced by his native India. Alongside the original mix of “Beam Me Up“, this release includes “The CoCreators Star Trek Festival Mix” , featuring an huge bass line and samples of Captain Kirk and Dr. Spock from the original show. A massive festival hit that during the last season was played by Mikel Gil in exclusive limited promo. The release continues with “Future Tech Parade” and “Sunset In Mumbai“, two tracks with a darker mood, with a more percussive approach to the groove and tasty minimalistic synths.

Enjoy your weekend and the entire set recorded by @primarietzinah durnig #feedersound #live with @pisicapatrata
@_doubtingthomas_music_ & @wyromusic teamed up with @subtilrecords for their 21st #release
premiere: Topology – Halah (@dragutesku remix) [@vrntcanada]
1. Save or Cancel (@cristina_nwt & Andrei Racovițan) - "@unhiddenromania", #streetart & #graffiti #book
@_doubtingthomas_music_ & @wyromusic is teaming up with the Berlin-based @subtilrecords. For their 21st #release, the #label presents a very special #EP.
This week/end on feeder.ro ☀️🔊
The next chapter in @uvar.rec‘s discography is delivered by @vladcaiasound in the form of “Both Sides Of The Story #EP”, a solid three-tracker that will take anyone for a ride into cosmic dimensions of #undergroundelectronicmusic
@unisson_ro is back with a fresh #digitalrelease containing four distinctive and powerful tracks. Independently released by the duo‘s imprint, UNS Records, the #EP presents a wide spectrum of styles and genres that incorporate #breaks, #microhouse and #minimal #techno #rhythms.
feeder sound · RO
Go to mobile version