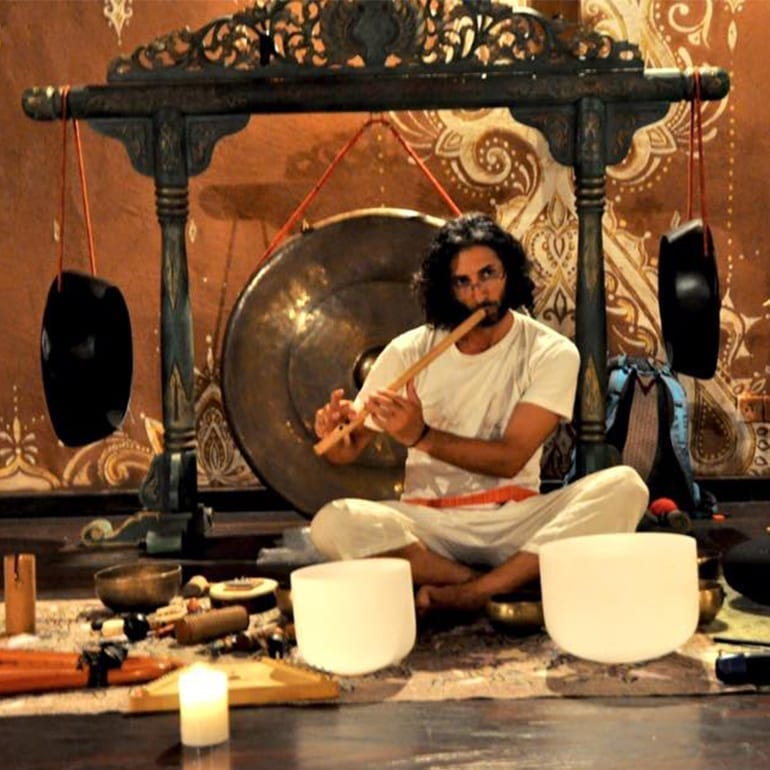 Music has always remained a motivator and for the masses it provides a significant voice that unifies our public support and regroups integral global intentions. One artist that is currently bringing music activism back to the forefront is Bali based Shervin Boloorian. A world class Sound Therapist and celebrated Vocalist, Shervin has become a universal ambassador for a modern movement for positive change. His recent album, ‘One with the Beloved’ is currently igniting music fans with its intentions and appeal. Shervin is not only communicating as an artist but also as a leading Tama Do Sound Healer.
Recently Shervin launched a ‘Music For Peace’ project that invites reconciliation between different cultures. This project started with an independent Kickstarter campaign and immediately gained widespread industry support whilst winning over thousands of new fans. The upcoming album release will now be followed by a 40-date-strong European Tour that will promote this pioneering concept of community-building and connection to a global audience and transcend political agendas.
The modern music industry is littered with a reflection of talent and artists who’s musical voice have collectively provided the energy to enthuse activism on a large scale; including Marvin Gaye, Bob Dylan, John Lennon, Bob Marley, Nina Simone, Fela Kuti, the list goes on. Even the electronic community has engaged with KLF to Bjork and the people behind Rave Against Racism all doing their part.
Shervin Boloorian’s ‘One With The Beloved’ album promises to re-unite a current consciousness and will incorporate Sufi inspired sounds, Rumi poetry and Middle Eastern instrumentation as part of its soundscape. One of it’s highlight tracks ‘Baza’ has been singled out and comes complete with a round of eclectic remixes from Oneiric, AWITW, Solar Wolf. Both the project and its limited album preview has already major support flooding in from the likes of Timo Maas, Nick Warren and Tim ‘Love’ Lee all announcing interest in it’s delivery and encompassing message.
Artist: Shervin Boloorian
Title: One With The Beloved (Album) / Baza Inc. Remixes (Single)
Label: Hi-Phi Music
Cat. Number: HIPHILP3 / HIPHI13
Release Date: 20.10.2017 / 13.10.2017
Format: CD / Digital