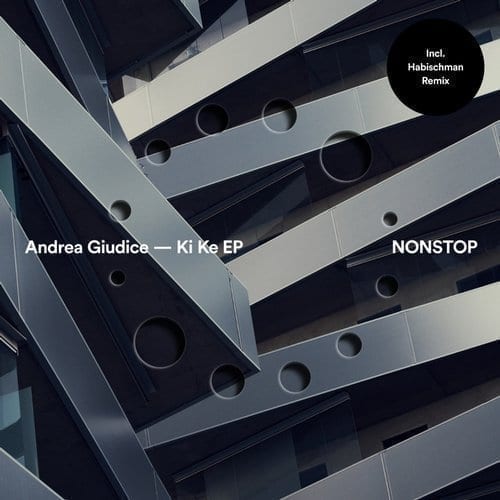 A Label That Everybody Loves Gets That London Vibe

Italy’s Pirupa’s has accomplished a lot in a relatively short space of time. His Nonstop brand is the perfect representation of his love of House and Techno and anyone that features always adheres to a resounding quality that precedes the label so you know it is always a reliable record to turn to for fans and DJs alike. Andrea Giudice the London based producer fires in an epic EP that keeps a strong momentum whilst slowly peeling back the surroundings of the club until your left with what matters most … the people and the dance floor! Ki Ke EP sounds fresh and equally well balanced with all the right elements working in unison to deliver a mix that will emphasise the clarity of the system regardless if its at a festival or an underground club, this is quality and raw vibes at their best.

His passion for music began when he was teenager learning the complexities of jazz piano before becoming enthralled with synthesizers and electronic rhythms. The influence of the early nineties still holds an influence over his sound before delving deeper into experimental sub-rhythm which has remained a prominent feature within his music since. Incorporating his earlier training Andrea combines House & Tech with a melodic old-school twist and is clearly evidenced in this package and joined by another producer we also see as impacting the modern scene.

Habischman Rolling Out The Hits Nonstop

Following a solid round of releases Habischman has cut a deep groove continuously through the charts whilst making a firm impression on clubbers across the world. His sound is instantly recognisable and showcased on some of our favourite tracks over the past few years leading a meteoric rise for the Iranian born producer. Kicking out a consistent formula that wins every time recently he has been flooding floors with his own track ‘Closure’and remix for Yousef on KDIS. Now joining Pirupa’s almighty Nonstop label you can hear his crafted treatment of Andrea Giudice being thrown down by DJs on limited promo. His clever use of melodies fluidly layer over distinct drums that drive clubs crazy and explains his rapid rise on the electronic scene.