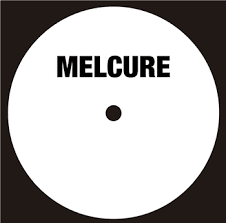 Felipe Valenzuela & Dani Casarano have been responsible for their fair share of discerning electronic music over the years. As well as sharing a keen understanding behind the decks, the pair also share a similar ear for clued-in house music, the likes of which immediately comes to the fore on the debut release for their new imprint, Melcure. A double-A sided affair featuring a production from each producer, Melcure000 is characterised by its heady, dancefloor vibes – the likes of which are very much apparent on both tracks.

Kicking off the release is the sounds of Dani Casarano’s “Newboli”. A moody number full of intricate parts, it’s just as likely to demand your attention thanks to its unlikely piano stabs as it is its ravey synth stabs. A microhouse jam that evokes memories of classic Perlon productions, it’s a potent reminder of Casarano’s unquestionable talents and a perfect tool with which to keep the night ticking over. Dexterous yet groovy, it’s sure to win plaudits aplenty this summer.

On the other side, Felipe Valenzuela also impresses courtesy of the equally delicate “009”. A deep number full of intoxicating synths and bumping grooves, it too is sure to keep dancers guessing thanks to an array of carefully introduced hypnotic elements. An EP full to the brim with atmospheric vibes, Melcure000 marks an auspicious start for all involved.