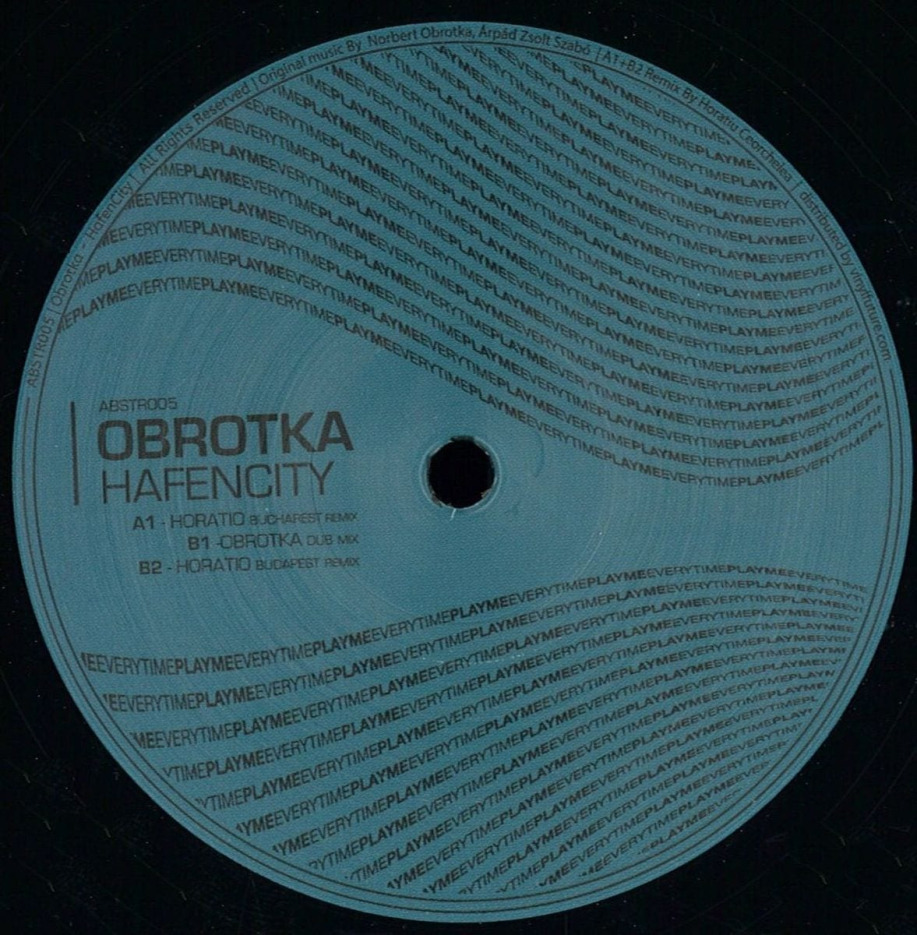 Budapest and Bucharest join forces. Norbert Obrotka, one of the most present names in Hungary’s party and festival scene, alongside Horatio from the Romanian DJ scene, release an exclusive EP called Hafencity. It contains three tracks and the most noticeable detail is that there are two Horatio tracks named Bucharest remix and Budapest remix. The two versions could be playing on the name confusion and differences in sound between the two cities.

Edgy and experimental, the Bucharest remix is not shy. Multiple layers and intentions go together and form an industrial sounding track. We hear clicks, beeps, and buzzes alongside more gentle crystal-like sounds. In all it’s complexity, every sound is distinct and very clear.

We then get a more moody track. Dark, mysterious and fast paced. It’s very minimal at certain points and it has very strong sounds that break its repetition. It feels like a late night track that will elegantly stand out anywhere it’s played.

Well organized, modern and clean. It flows more smoothly than the Bucharest remix. From time to time, saw-like sounds break the constant rhythm and grab your attention. Echo effects make the remix feel spacious. A track that makes one want to dance.