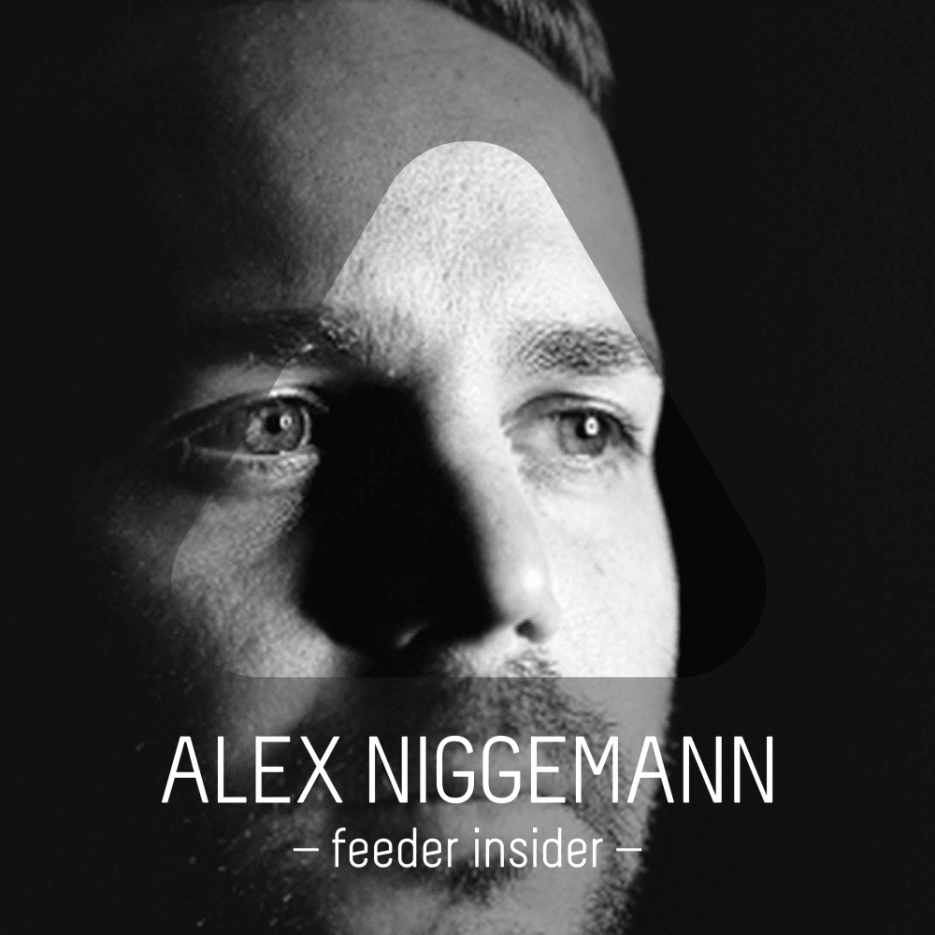 Alex Niggemann is a DJ and producer from Dusseldorf who is currently based in Berlin but his background as a classically trained pianist makes him stand from the crowd. Having been inspired by the likes of Derrick May, Laurent Garnier or Kevin Saunderson, Alex started his career at the tender age of 16 and from there on there was no stopping. In 2006 he remixed Booka Shade‘s Darko and a string of national gigs followed. 2012 came with his first album – Paranoid Funk – which was a major success. Materium was also huge in 2014 and just having released the Balance compilation, we sat down to talk with Alex about the influence of social media, his music for TV adverts and other interesting stuff.

The best place to eat in Berlin… My kitchen
A perfect morning starts… with my son next to me smiling
When Fortuna Dusseldorf wins in the last minute… it feels like a wonder as they never do
The funniest password I ever had… Snoopdogg
One of my favourite films… Interstellar
I was surprised to find out that… Trump really won the election
The last time I laughed really hard… when I did face swapping on Snapchat with the AEON team
Real friends… you can call after 10 years in the middle of the night.
If I could travel to the future… I wouldn’t do it. Too afraid of ending/landing in a destroyed world.
The best 2 tracks of 2016… Baikal – Pelican’s flight // Sebastian Mullaert – Windmaker

Vlad Dumitrescu: Hello, Alex! It’s nice to have you on the feeder insider series. How was 2016 for you? What were the highlights?

Alex Niggemann: Touring-wise it was a really good one. Played lots of great events and festivals. Personally, it was a year with mixed feelings. I couldn’t live at home for 7 months as my apartment & studio were destroyed by water damage. Reconstructing and dealing with insurance and lawyers took a lot of my energy.

But in October I became a father and that was definitely the biggest highlight, even of my entire life. Obviously, I was also really happy when I released the Balance Mix Album.

Vlad: Your first release came 7 years after you actually produced your first own track. Nowadays, tracks in general, are getting released a lot more easily and more people than ever want to be DJs. What do you think changed and why this sudden interest in the profession? Do you have a piece of advice for the ones at the start of their career?

Alex Niggemann: Times have changed. Social media is a very big factor. I think therefore the respectful distance between artists and fans has gotten less, due to your idols seeming to be accessible and closer to you. One example is that nowadays people write mass mails as demos instead of sending a personal letter and tape with something special. The increase of interest is caused by a hype created through media and marketing. Technique and machines make it more easy to be creative today. Social media suggests that you don’t need much to become “famous”. And yeah, people like to be famous and earn easy money. For some, it feels like, “just play beatport top 100 with Sync Button, release tracks only consisting of loop masters loops & set up a fan page” and that’s it.

The “industry” right now is “hunting” for new “talents” to hype them up fast. The point is just, that careers don’t last long anymore, managers and labels do bad deals and they just wanna earn quick money. The industry is in a bubble right now like it was in 1996/97. So my advice is, take your time and be someone who can do something special, has an own style or does something different. This is what makes you stay longer and not just get dropped after you “sold out”. Don’t be a merchandise object. Just be an artist

Vlad: If we were to pop in at your studio, what would we find there? What gear do you use?

Alex Niggemann: I work in logic and sometimes in ableton using some analog gear like Roland drum synth or moog synthesizers. A UAD and lots of its plugins were a good investment, same as 3 different pairs of speakers, from Yamaha over genelec to Klein & Hummel.

Vlad: In 2013 you launched your second label AEON. You said it has darker melancholic sound with bigger beats as opposed to your first label, Soulfooled. Why do you think it is better for a label to be constant in its sound and not go too far away from its roots?

Alex Niggemann: Well, music is always developing, same as artists do. I like if a label stands for a certain sound for a while, but I don’t believe in constantly sticking to just one sound. Life is progress and so is music.

The labels stand for what I play in certain moments. I as an artist, as you might have realized, have developed and changed a bit to keep electronic music and its production interesting and challenging for myself, so the labels also go that way. How could I release stuff, that I maybe don’t feel or find interesting anymore? It would be just a business then.

Vlad: You said that you also made music for TV, adverts, and movies. How did that happen? Are you planning a future career for this after you quit DJing or is it just something on the side?

Alex Niggemann: As mentioned above, I like to be diverse as it keeps me challenging and makes things interesting. You know, I’m actually a studied producer and musician, not just a DJ at the first place. I also did Hip Hop and Classical stuff. I even recorded and produced some rock stuff during the early days. I know that I won’t be traveling as much anymore when I’m 50 or 60. I’m doing some side projects here and there, also so I’m not just surrounded by ‘4 to the floor’ 24hrs a day. Surely, non-4 to the floor tracks like the ones on the new EP make it easier to be broadcasted in commercials and TV shows. That’s just a side effect. I’m not really pushing for a second career… But yes, in a way, as I didn’t learn any other job, I also need to focus on what’s up after my DJ/Techno/House career.

Vlad: You visited Romania quite a few times, both in Bucharest and at the seaside. How were those experiences and how do you feel about the Romanian public?

Alex Niggemann: I just love it there. The people are so enthusiastic about music, and the parties are usually great fun. You really established your own culture there, which can exist without what’s happening in the rest of Europe. That’s pretty impressive.

Vlad: You said that in your compilation for Balance you tried to put in all the stuff as if you had played a 5-8 hour set: warm up, peak time and after. But that’s obviously very difficult to do in under 80 minutes. Do you feel you can express yourself better in a longer set than a basic 2h one? What do you change when you have a mini-marathon set ahead of you?

Alex Niggemann: Yes for sure. It is much easier for me to guide the crowd through a whole night, having little ups and downs and slowly building up towards the peak. That was the challenge for the Balance Mix Compilation and therefore it took quite a while to select the tracks, place and mix them. It was to make sure people don’t feel rushed in under two hours from warm up to peak time.

Vlad: We’re all so glad that fabric has re-opened, but what do you think we have learned from its closing? How important do you think is educating the people about what they are taking when going out?

Alex Niggemann: It is very important. And it was and still is a bit underestimated in a lot of countries. The point is, there have always been drugs in human history. Not only in clubs. Some people use them, some don’t. Nobody cares if you die on your couch due to drug abuse, but in public, they do. So if people will know more about what they take, how much it can harm them, I think a lot of people would be more responsible with that. Closing a club will only make sure people do it somewhere else, nobody being around to help, if something goes wrong. The whole Fabric closing was not about the drugs. It was about the club being in an area, where people like to close their eyes from reality and live in their perfect dream world. Luckily the dance music industry fought back!

Vlad: Feeder.ro is for 13 years now the alternative nation’s news agency as we try to be a bridge that connects the public with the artists they love. Obviously, you will know similar sites in Germany. How do you see the role of the online media in the underground scene?

Alex Niggemann: In general it is very important if online media is doing a serious job. Not only talking about music related stuff, and not just posting rumors or reporting from one side.

Media should be independent and always reporting on facts and sources.

In times where TV/Radio/Newspapers are funded by lobbies and certain groups trying to publish their view (you could even say “propaganda”), it is necessary to have independent press/blogs etc that show another side and prove it with sources to make sure people are not influenced in one way or the other.

Vlad: It was a pleasure.