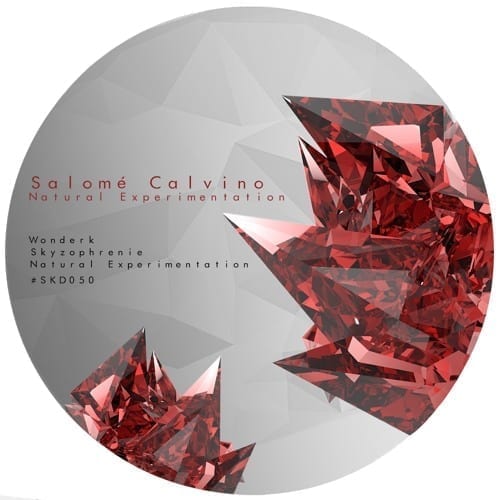 Salome Calvino has a quite impressive musical background: a jazz-singing mother and a composer father part of the French underground hip hop movement. Bearing this in mind, the 24-year-old French DJ now based in London has kept us waiting long enough for her first release.

Well, it’s been 3 years since I started producing but I wasn’t feeling ready for a proper release before, I’m a perfectionist and I was also searching for my sound, I wasn’t mature enough and to be honest I wanted to be able to mix down my tracks by myself. It took time for me to learn because I didn’t have help but now I feel ready and there is something that is going to come out soon. Stay tuned… – feeder insider w/ Salome Calvino

That’s what she told us when we caught up with her in February this year and we did stay tuned. Almost a year later, it’s finally here: Salome‘s first release. And it was worth the wait because it is a treat.

The title of both the EP and the first track speaks for itself about what’s going on here: at the beginning of her career, Salome wants to experiment and explore as many sounds as she can. A driving bass line comes forward along with some elegantly articulated effects that give an overall great minimal vibe to the track.

Next, we discover Skyzophrenie which continues the minimal sentiment from Natural Experimentation and it takes it a little further. And if you taught nothing will surprise you, a haunting vocal that appears out of nowhere from time to time creates a chilling but intriguing atmosphere.

The curtain falls with Wonderk, a bass-driven enthralling piece of music which is the ideal conclusion for Salome‘s first release. After playing at numerous parties in the UK, France and Romania, this is the perfect debut for her and it puts her in a very nice spot in the international minimal scene.

You can buy the EP at Beatport.

Tags:Beatportepminimalnaturalrecordsreleasetechnovinylwax
previousfeeder jukebox #09 unknown
next17 ways to cheer up a disastrous new year’s eve in Bucharest 2017