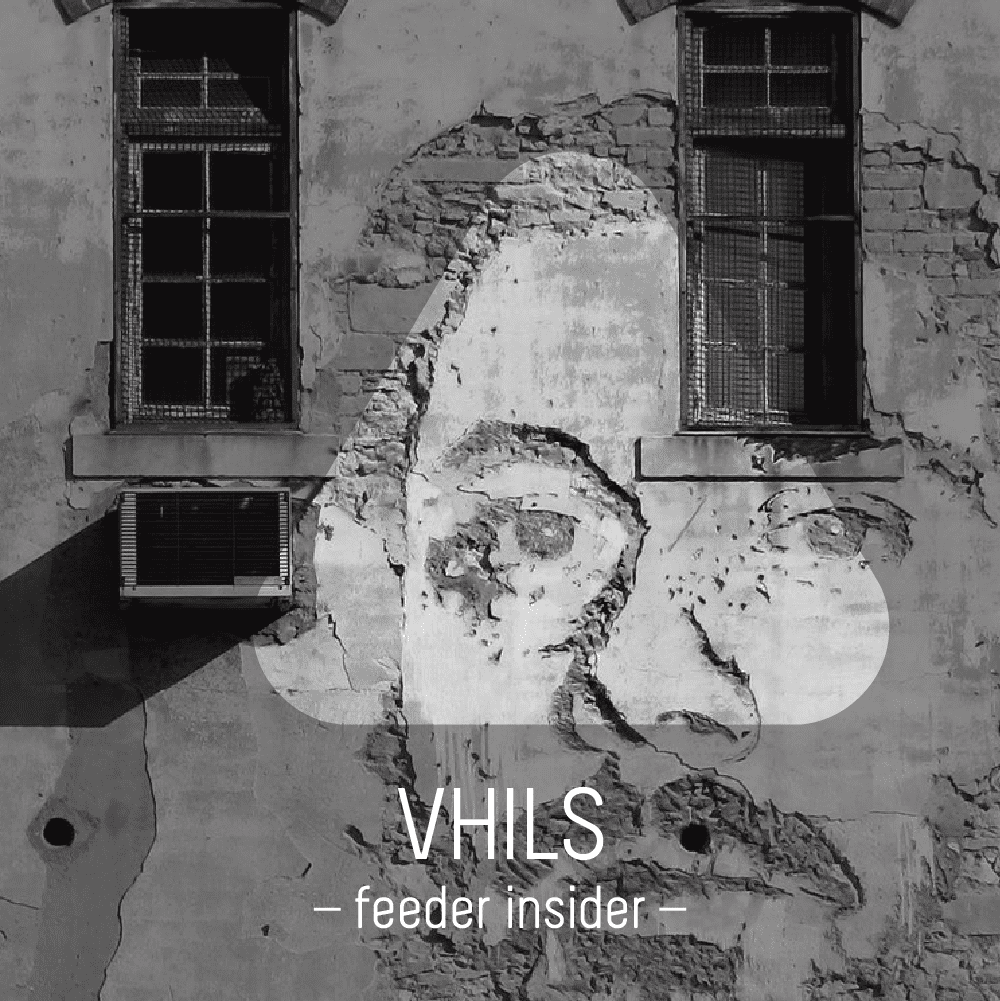 Alexandre Farto, aka Vhils, is a street artist from Portugal. Having studied at the University of the Arts in London, Central Saint Martins, and Byam Shaw Fine Art Skills and Practices, Vhils carves human portraits into the walls of the city in order to tell the story of its inhabitants. He is inspired by the way city walls absorb social and historical changes that take place around them and he thinks that our social system, like us, is the product of layers upon layers of social and historical fabric and he wants to eliminate some of the top layers with his work in order to accomplish a more pure form, a very symbolical process. We caught up with him ahead of his visit to Bucharest to find out more about this intriguing artist.

Creativity grows when… chaos begins.
Lisbon is a city where… cracked walls are beautiful.
Something that inspired me lately… Adam Curtis’ latest documentary
One of the most important inventions in human history… Human history itself.
The last book I read… “The Gospel According to Jesus Christ” by José Saramago.
In 2087 there will be… another year.
I’ve always wanted to visit… Antarctica.
On weekends I like to…sleep.
Art should be… public.
3 new artists, I discovered in 2016… Felipe Pantone; Mots; Ana Aragão.

Vlad Dumitrescu: Hello, Alexandre! We’re very excited we can have a talk with you for the feeder insider series. This fall you are visiting Bucharest and one of its walls will be home to a new Vhils mural. How do you see this encounter with the Romanian capital and what do you want to express in this work?

Vhils: I’m very excited to be visiting Romania and creating some works there. I’ve got several ideas I’ve been working on but I want to visit the locations before I make up my mind.

I like to get the feel of the place before I start working, even if I do a lot of background work and research beforehand. What I can tell you, for the time being, is that you can expect something that falls in line with the rest of my works. The overall aim is to try and humanise the places I work in, as well as to come up with something that makes us reflect on the layers that compose our cities and how they also make us what we are.

VD: You are inspired by the way city walls absorb social and historical changes that take place around them. Why do you think this happens and how do you integrate this process into your artworks?

Vhils: The idea to work with these layers came about from my observations on city walls and the urban landscape in the days I was an active graffiti writer. From seeing how walls seemed to grow thicker over time, I came to realise how they were like a repository for what takes place around them.

Growing up I was fascinated by the remains of the old political murals that had taken over public walls after the 25 April 1974 revolution, which were everywhere in Seixal as it was a politically-active industrialised town. By that time, these murals were already decaying and partially hidden by the advertising posters that had taken over the public space as Portugal embraced a market economy. From the late 1990s on, these, in turn, became hidden beneath layers of graffiti. Then the city council started painting over the graffiti, and so I observed how these walls in the course of a few years had gained a number of new layers, becoming thicker and thicker. When I began working with stencils around 2004 it occurred to me that instead of adding more layers to these walls I could use what was already there, digging into them and exposing some of the past histories they had managed to capture in the process.

VD: You said that our social system, like us, is the product of layers upon layers of social and historical fabric and you want to eliminate some of the top layers with your work in order to accomplish a more pure form, a very symbolical process. What do you find when you eliminate those layers?

Vhils: Yes, I believe that, both as individuals and communities, we are a sum of all the interactions we’ve experienced over the course of our lives, from the nurse that slaps our bottom when we first come into this world to the person who served us in the grocery store this morning while we were out shopping. Life is a constant process of turning this chaos of random experiences into order so we can adapt and respond to the surrounding environment.

My work aims at making us reflect on these formative experiences, on what composes us. What I’ve been finding is that despite each location still retaining some of its cultural and material differences, the more recent layers and becoming increasingly similar around the world. This is a clear reflection of how the global model of development is operating, eliminating differences and making the world an increasingly uniform place.

VD: You grew up in a Portugal that was slowly progressing following the 1974 revolution. Stencils and murals with political and commercial themes filled the streets of Lisbon and the period obviously influenced you a lot. How does the Lisbon from 2016 compare with Lisbon in the 90s from the street art point of view? What are the key differences between the aspirations of a young artist that wants to start off in the present day and one in the 90s?

Vhils: The main difference is that in the 1990s there was only a very small group of people writing graffiti and even fewer doing what nowadays we would call street art. Today there is a whole scene that has been recognised and in some ways legitimised even by the City Council. There is still plenty of illegal, spontaneous art being created in the streets, but I believe the whole scene has lost some of its innocence. It’s very much the same around the world. 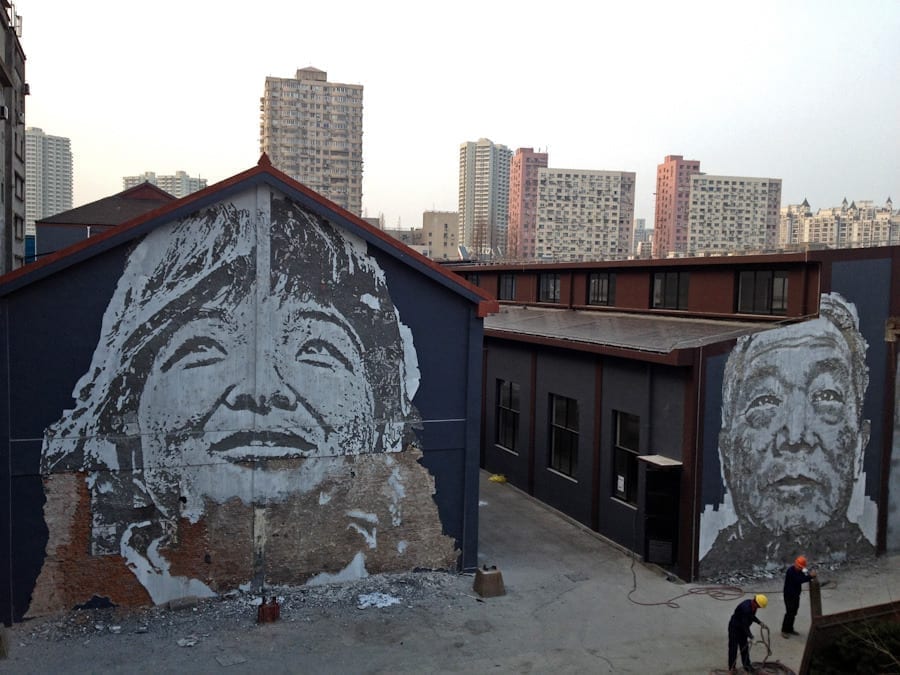 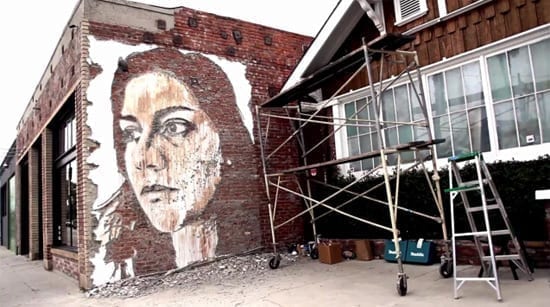 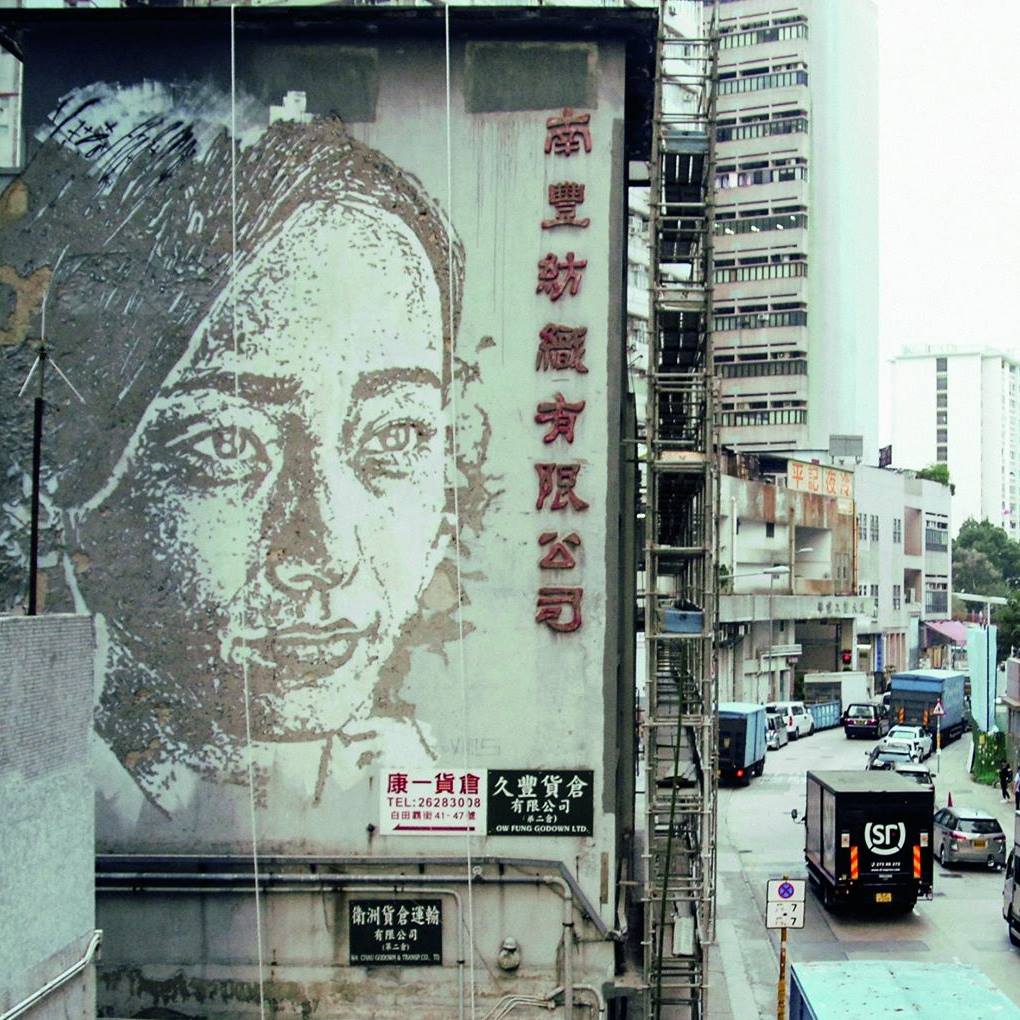 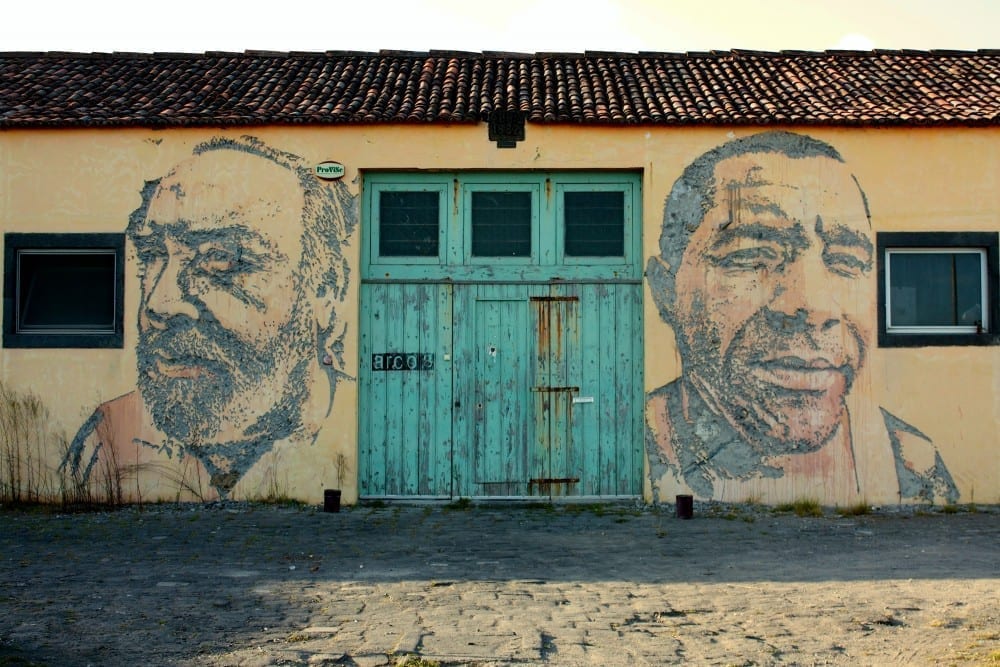 VD: Steve Lazarides is known as one of the first figures to popularise street art and in 2009 your work was exposed at the first event at the new headquarters of his gallery in London. How important was that moment for you? What is your opinion on this transition of the street towards galleries?

Vhils: Being invited to work with Lazarides was a pivotal moment in my life and career. I’d already been working with one of Lisbon’s leading contemporary art galleries, the Vera Cortês At Agency, since 2006, where I’d done a few solo exhibitions and projects, but I have to admit that moving to London and joining the team at Lazarides gave my work a huge boost in the international scene. I was very humbled and honoured to join them. To me, there has never been any transition or contradiction between the street scene and the gallery scene, as I have been working in both for a long time now. I’ve always seen them as different yet complementary. Also, I think this discussion always misses the point, as we are all creating art regardless of the context, and that’s what is interesting and important. There are things you can do in the street you can’t do in the gallery and vice versa. Why not work in both?

VD: You said you are interested in working with what one can’t control and exploring the impermanence of matter. Why do you think the unexpected and the uncertain have a positive effect on art?

VD: As a response to the picture-perfect models presented by advertising, you put up images of people from your neighbourhood, humanising the cityscape by giving it a more natural face. How important is the influence of art in everyday life?

Vhils: I believe it is hugely important. Art makes us more human.

VD: You attempt to create by removing and your method is very imperative: an act of destruction as a creative force. Some call it vandalism and you said you liked the word and the concept because it shows how simple it is to turn it into something people will consider art. How do you go about changing people’s perceptions with your works?

Vhils: I try to make them realise that you can create beauty from acts that used to be seen as merely destructive or worthless. I try to merge art with the vandal aesthetics of graffiti, contrasting the beauty and poetics of the results with the destructive, brutalist force of the means.

Vhils / World map with all his works

VD: By using explosives in your works, you aim to explore the fragility and volatility of the cultural constructs of civilisation and education in large urban centres. It is certainly a very strong message. Can you elaborate on that? How do you think the public receives this?

Vhils: The body of work based on the use of explosives can be seen as a culmination of the destructive process I first employed on billboards and walls. It plays with this concept of using destructive means to create. The idea came about in 2010, in the wake of the global economic crisis, when I became interested in exploring a process that was even more destructive in order to emphasise the notion that at times of social and economic crisis all the security, peace and comforts of civilisation we hold as certain become highly volatile. A simple spark can destroy our way of life. It stands as a metaphor for the history of humanity and how it is symbolically reflected in the accumulated layers that form the walls of the cities we live in. History repeats itself, even when we believe we live in a very different context and times. Crises are fertile ground for extremism, for conflicts, for wars. I hope the public receives this as food for thought.

VD: What do you know about Bucharest and its cultural life? Are there any Romanian artists whose work you follow?

Vhils: I know a few artists who are close to the graffiti scene, but I would like to know more about the country and its artists. I have someone on my team who is actually from Romania, so I’m sure we’re going to have time to do some exploring!

(Postponed) Out and About w/ Misbits at Control Club