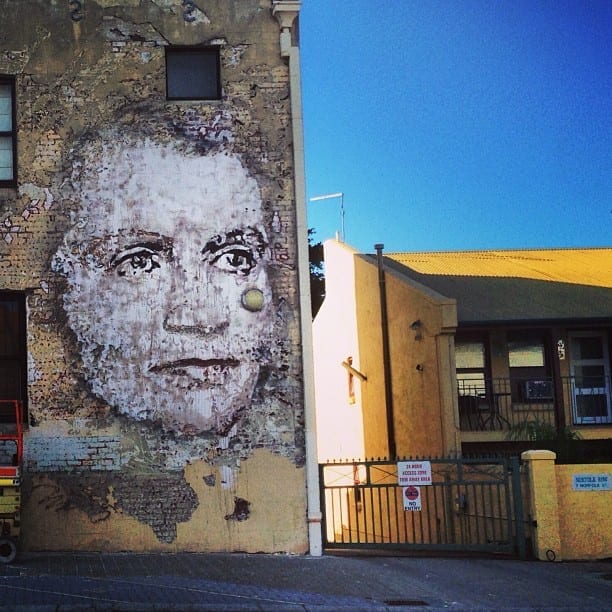 Alexandre Farto, aka VHILS, is a street artist from Portugal. Having studied at the University of the Arts in London, Central Saint Martins, and Byam Shaw Fine Art Skills and Practices, Vhils carves human portraits into the walls of the city in order to tell the story of its inhabitants.

He is inspired by the way city walls absorb social and historical changes that take place around them and he thinks that our social system, like us, is the product of layers upon layers of social and historical fabric and he wants to eliminate some of the top layers with his work in order to accomplish a more pure form, a very symbolical process.

His technique is rather intriguing. He uses destruction as a creative force. He uses collage, wheat paste, wood, metal, installations, and more. He is also known for using etching acid, bleach, pneumatic drills, and other processes. His technique is always evolving: at the beginning, he sought subject matter in magazines and newspapers, but more recently he started using photographs made by him or his team as a response to the picture-perfect models presented by advertising and as a good way to humanize a cityscape by giving it a face of the ordinary. He usually creates a sketchbook which is later digitized. He then splits his portraits into three colors which help provide depth, an experience similar to a stencil. Finally, he begins to carve with chisels, hammers, drills, etching acid, bleach, and other tools. He gained a lot of attention when his work of a face carved into a wall appeared alongside a picture by Banksy at the Cans Festival in London in 2008. Also, a photograph of him creating the work appeared on the front page of The Times.

It’s a way of keeping the focus where it belongs, on the artwork. You still need to be true to your ideals and what you are doing and not lose the point. – Vhils

His portraits make the urban environment more interesting, sharing stories and empowering communities. The world of Vhils is certainly one worth exploring and soon enough you will have the chance to do that in an interview with him for the feeder insider series. Stay tuned!

2 thoughts on “Vhils uses destruction as a creative force”