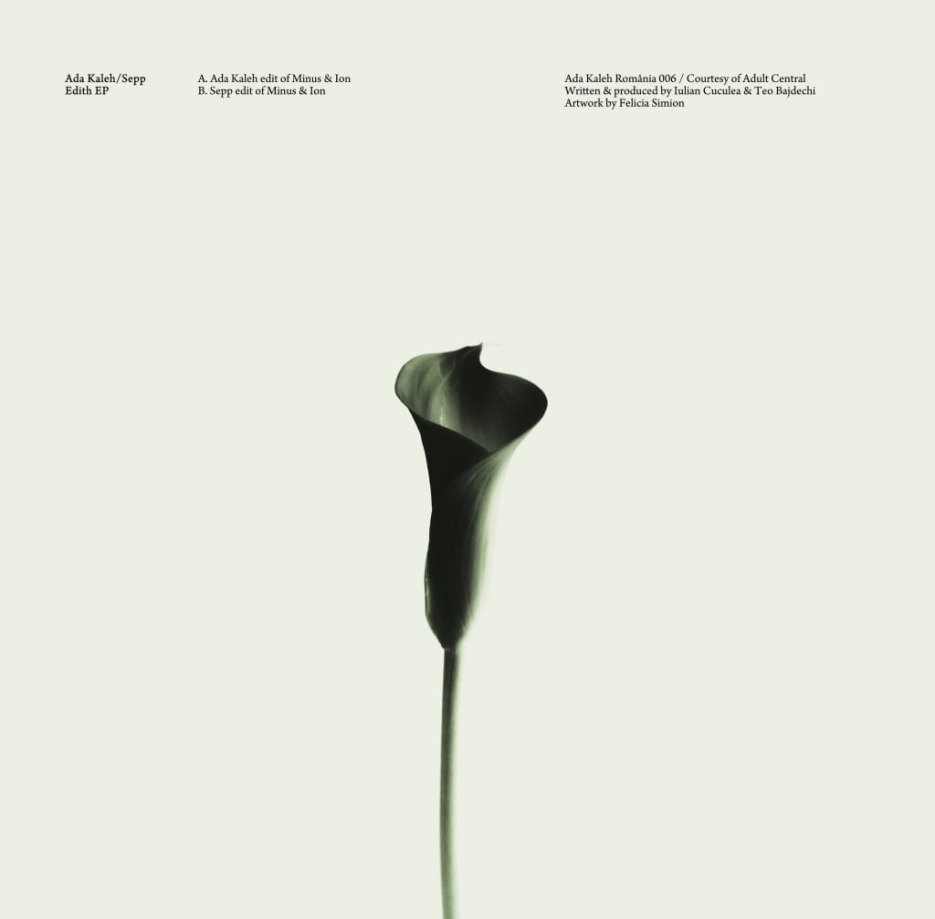 Ada Kaleh România is already a pretty known record label by now with its releases constantly being played by important names in the Romanian underground. And because Sepp‘s debut album, Timpuriu LP, was such a success, it kind of felt natural that the Constanța native would be a guest on Ada Kaleh‘s label.

Edith EP is the sixth installment for the label and you could hear it all over the place this year: at the May edition of Sunwaves, you could hear Ada Kaleh‘s interpretation during both [a:rpia:r] and Priku‘s sets and in August, Petre Inspirescu played the Sepp edit. At Capitol Summer Theatre, the Sepp edit created a perfect atmosphere at sunset.

So as you can see, we are a little bit excited over this release and hype was big and real. I have to say from the start that it lives up to the expectations, proving again that these two are some of the finest producers in the country.

First, Ada Kaleh‘s interpretation starts things off with a raw and minimalistic view of the original track released on The Model’s Adult Central label. Some peculiar sounds accompany this one from beginning to end to complete a more serious approach. A dark room at a night party comes to mind when hearing this track.

The second track, the Sepp edit, begins very slowly and it builds an atmosphere as the minutes go by. At 14 minutes length, it’s an expanding journey, no doubt, and the deepness here is present from the start. The linear part ends at about the middle of the track when a piano creates a blissful atmosphere perfect for an after-hours session just as Petre Inspirescu proved at Sunwaves this summer by playing this late in the morning.

This EP is a work of art and we recommend you put your hands on it when it gets released this November.