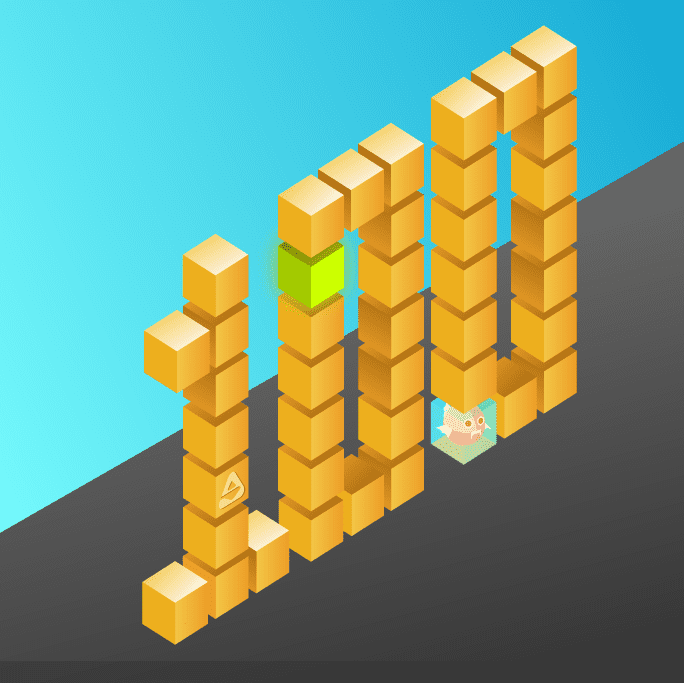 Scroll down for english version and to vote!

Feeder sound is a showcase of local and international talent alike comprised of DJ sets andfresh tunes meticulously curated in a sound collection which promotes mutual recognitionand cultural exchange between musicians worldwide. After a long journey which began in 2014, in the fall of 2016 the sound series is at its 100th episode. Over 100 hours of music from artists like Kozo, Nu Zău, SIT, Ada Kaleh, Lola Palmer or Nastia and many others which have gathered over 168.000 plays made your Friday evenings the perfect warm-up for the weekend ahead.

We always took interest in promoting young and talented DJs that are the start of their career and we want to celebrate the 100th episode with you.

We organised an open call in order to give DJs at the start of their career the chance to mix the 100th episode of feeder sound. You can vote for the winner below. The contest ends Friday, 7 October, at 23:59.

Ascending from the authentic underground sound that defines Romanian electronic music, GriMm is a 2 piece group based in Bucharest formed of lifelong pals Emmanuel Deaconu and Emanuel Cristea. Strongly influenced by the flowering minimal-techno scene, GriMm tries to bring its own contribution to the Romanian sound through their dreamy and melancholic sound. He is a young Dj from Bochum, located in the West of Germany. 3 years ago, he started to collect house vinyls. After a while, digging became a real passion. He’s focused on a percussive / afro influenced style of house music which he likes to combine with classic house tunes as well as some records from the east of Europe.

Since May 2016, he’s one of the resident DJs of Schumacher Club in Bochum, alongside DLT, Massoud and Tigergun. In a short amount of time, Perry has made his presence felt as a key player in the New York City metro area dance scene. The versatile DJ has quickly captivated party goers with his passion for deep, funky grooves. His ability to embrace all musical genres to generate his own unique style has enabled him to penetrate events powered by reputable venues both locally and internationally; including Output, Cielo, Flash Factory, Verboten, Stereo Montreal, Tresor Berlin, Sankeys Ibiza just to name a few. Juan aka ImthatIM has played in numerous clubs in the Dominican Republic, Boston and London. His father showed him a variety of sounds at an early age (from jazz to Soul Nova) so he has a complex cultural background which has opened him lots of doors. His sound is very percussive and moving alongside polyfonic and carribean sounds. He describes it as a soul which is sometimes dark and sometimes happy. CrisStia also known as the definition of an unconventional sound, with profound elements that can take you back and forth in time. Having great musical passion and knowledge gained over the years, CrisStia comes up in the underground music scene, with a style which perfectly defines him.

David GRN is a young dj and producer from Romania. His signature sound is a blend of reverberated percussion, acid lines, hypnotic ambientals and raw techno completed by an energetic mixing technique.He is also the co-founder of Intersections, an Online music platform, radio show and future label based in Romania, focused on creating and promoting a forward thinking loosely techno-centric sound. He played at all the major festivals from Romania like Electric Castle, Airfield and also venues like Control, Molotov, The Shelter and Templum.

Cezar Stan represents an upcoming generation of Romanian artists, with a native passion for music. His first gig, back in 2011, helped him understand that music is not just a hobby, but a future career and lifelong passion. The musical mélange spiced up with techno, house, detroit, hip-hop and old school music that can be found in his sets promote a diverse musical culture, in which not a specific gender, but music itself is king. More over, that artist doesn’t miss any occasion to declare his love and respect for analog music and vinyl. Artists like Loco Dice, Richie Hawtin, Jamie Jones, Seth Troxler, Frankie Knluckes or Lil Louie Vega inspired him to open up his musical horizons as much as possible, in order to create fluid sets. Terry Benedikt is an aspiring German DJ and producer who is currently based in Barcelona. He’s still looking for his very own sound. His tastes exclude no music at all while his sets normally comprise dubby, raw house that makes you wanna dance. He started to play on private house partis, raves and after-hours. As he became part of the LOVE FOUNDATION, a student initiative that raises money for water projects in Africa and India through parties, he became a resident of their parties and played in clubs and warehouses throughout the Netherlands. When he moved to Barcelona, he quickly bonded with Kommuna 2 and played a gig for them beginning of the year. WOODLOOK (Chill Out Planet Records/Children Area Alliance/Jaira rec.) is a Russian DJ who blends in perfectly techno and minimal to make for a very interesting journey during his sets.

During his youth he listened to mostly classic Hip-Hop (1997 – 2002), afterwards began to frequent the Romanian Space Club & UK Fabric. The major call for electronic music in terms of DJing and Production came at the age of 30, in 2012 when he first attended a DJing course followed by a Production one at Subbass DJ Academy in London. One year later, CK won 3 DJ competitions in a row: EDC London, Movida Corona UK & Amnesia Ibiza DJ Challenge and also had his first EP released – Back from SubBass. He release music on various labels, including Wiggle & Be Color and also owns a podcast platform called DEEP MVMT.

The german vinyl dj duo Glasersfeld started their mutual journey through electronic music back in 2011. They hosted the event series Exit Strategy (Rotunde) and Maneki Music (Goethebunker) and at the moment the experimental night grundStueck at Goldkante.

Glasersfeld played their distinctive b2b sets alongside Cosmin TRG, Steffi, Blawan or Portable to name a few. Their sound ranges between abstract electronics, hypnotic techno and classic to trippy house. The result remains mature and carefully selected. During the years they played in various European cities as Berlin, Vienna, Lisbon and Brussels.

Ruggiero is DJ/ Producer based in London and this year he will continue his music career in Berlin at dBs Music studying Electronic Music Production, Sound Design & Live Performance.

He’s played at a lot of venues and clubs, but the most important in his career so far was at “Ministry Of Sound” London, where he played with Leftwing & Kody, Tim Westwood, and DJ Hatcha. Along with Ministry Of Sound, he played at “The Library” Kingston, “Golden Bee” Shoreditch in a B2B set, “Bacchus” Kingston, “Brave New World” London, “Knights Park Bar” London, Space Bar “London”, “Inside Bar Busteni” Romania, “Dean’s Pub” Romania, and now he’s starting off in Berlin, playing at “Cosmic Kaspar”.