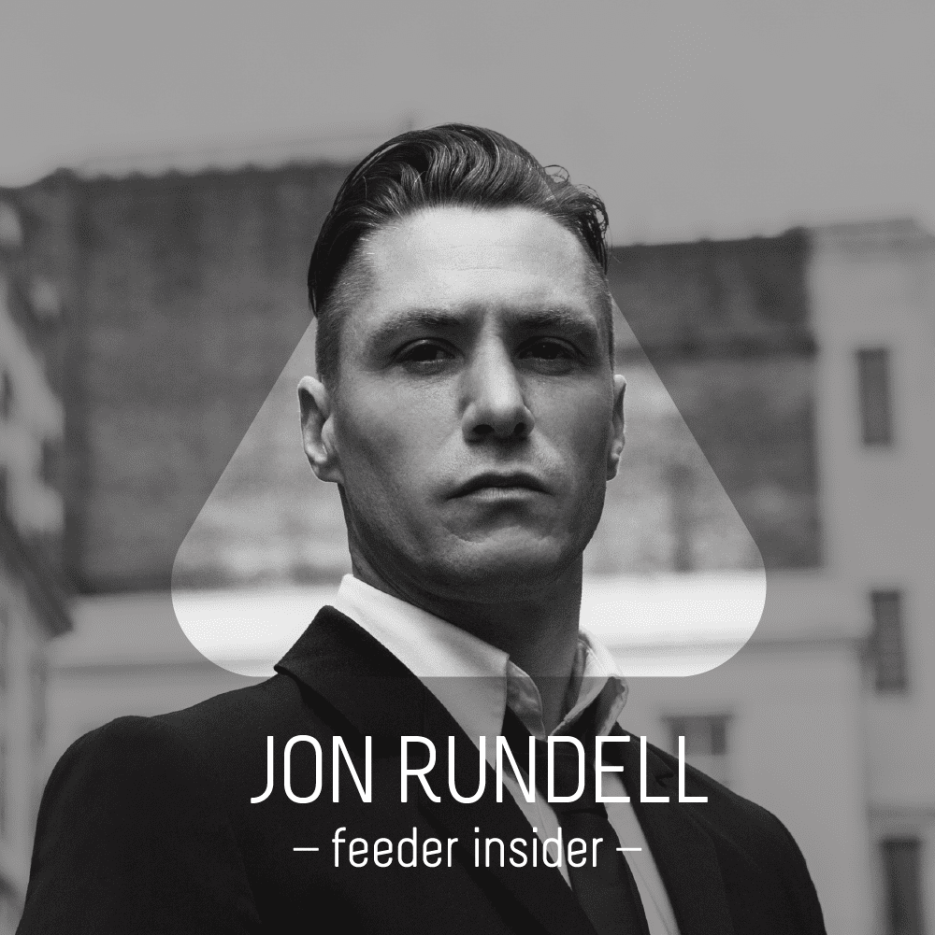 Described by techno legend Carl Cox as a jewel in a crown, Jon Rundell has been around the underground scene for some time. Having released his first record way back in 2003, Rundell has evolved with the times but he has always stayed true to his style. With releases on Desolat, Intec, Suara, MB Elektronics and his tracks being played by the likes of Richie Hawtin, Loco Dice or Adam Beyer, Jon has also been putting out music on his own label, Etch. He will play this weekend at the anniversary edition of Sunwaves and we caught up with him to talk a bit about his future releases, his own label Etch and the situation going on with fabric in London. Read below to find out more.

The most used app on my phone… National Rail.
If I could travel in time… I’d go back to the late 60s and early 70s to experience the musical revolution that happened and then on into the hip hop explosion.
A place that I always like to revisit… Ibiza.
I’m always searching for… My Tail.
A film I recommend… Goodfellas.
In the morning, I always like to… Brush my teeth.
I never forget… Lock the door.
Last time I laughed really hard… At someone else’s expense last weekend.
A funny memory from my childhood… Always annoying the neighbour by breaking their windows with my football.
3 records I always have with me… Tough one to answer with a 32 gig USB drive being used… Vlad Dumitrescu: Hello, Jon! It’s wonderful to have you with us on feeder insider, anticipating a magical weekend at Sunwaves. What do you think is so special about this festival?

Jon Rundell: The location is great, the people that run it are great and the people that come to enjoy the party are great too. You can really feel the freedom of expression in Romania now and it reminds me of how the UK was when I was a teenager.

VD: You’ve been coming for some time now to Romania and the public here has certainly grown on you. Have you discovered some interesting DJs while playing here?

JR: For sure, Livio & Roby I knew about before I’d ever been over, Mahony too, who I’ve got to know well through the festival and Kristal Glam, and last time I played I listened to a really good set from Just2.

VD: You founded Etch in order to release the tracks you truly believe in. How challenging was it to start your own label and where do you see it going in the future?

JR: It’s been a while since I released on it as Intec has been taking up a lot of my time so I’ve not been in the studio much, but that’s all changed now as we brought someone in to take care of the label so I can focus more on this. With having worked on labels for over 10 years now it wasn’t too complicated to set it up, mainly because I wasn’t going to sign anyone else’s music to it.

VD: Besides being a DJ and producer, you also manage Intec Records together with Carl Cox. What artists will Intec be introducing the following months?

JR: We just had the Josh Wink remixes out that me and Carl did, which is great to have Josh on board, he’s a true pioneer. Next up, we have Sidney Charles, followed by Misstress Barbara, then an EP from me that will take us up to the end of the September.

VD: You said you like to educate the public with your music. What would you like to have them feel during and after your set?

Happy and energised. Simple as that. People come to dance and listen to music with a beat they like to feel happy and stress-free, it’s always been that way, so as long as they feel that while I’m playing I know I’ve done my job. VD: Your sound has evolved over time, but stayed true to your style. What advice would you have for young DJs out there? What are you looking for in people you want to work with?

JR: I would say be patient, and make loads and loads of tracks, and never release them. You have to remember now that once it’s out there digitally it will forever be out there, so they have to be the best you can be. It’s not a race, and the really good tracks will always shine through in the end and the ones that have their own style even more. I would say focus on this before anything else, don’t bother with social media or anything like that, it will just distract you, just get your head down in the studio and focus on that only.

VD: Where do you find the inspiration for your tracks?

JR: Anywhere and everywhere. I’m a music man through and through, I listen to all kinds of electronic and guitar music. I seem to prefer things that have a funk and power to them though and I guess you can hear that in all my own tracks.

VD: Recently, fabric has been closed indefinitely following the drug-related deaths of two 18 year-olds. Some DJs have been calling for London mayor Sadiq Khan to help the notorious nightclub. What is your view on this situation?

JR: What has happened to these two lads is incredibly sad and my condolences go out to their families. It’s also sad, though, that the government so far have refused to generally look at the bigger issue of society.

People have taken drugs for a long time, since Victorian times, it’s not new and it’s not just going to go away by closing club venues down. People will still take drugs and they will end up taking them in places where there isn’t adequate support in place should anything happen to them.

I hope that the powers that be see sense and realise this in Fabric’s case. It’s a club very close to me and it will be a major blow to London’s night-time life if it did end up having to close, and I’ll be supporting them as much as I can in any way I can during all this.