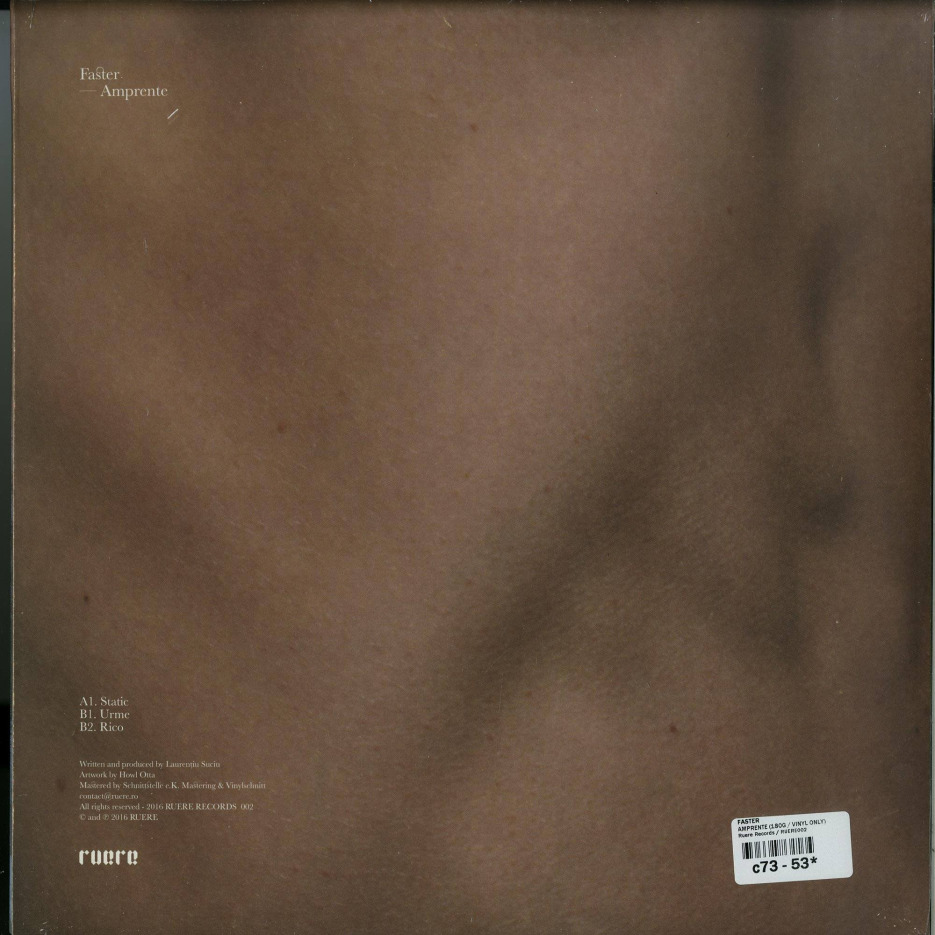 Faster, Laurențiu Suciu by his real name, started producing music very early but it wasn’t what you would expect. He produced for the underground hip-hop culture since the age of 16. It was a few years later that he discovered his true passion – electronic music – and started to get involved in this area. Heavily influenced by Zip, Ricardo Villalobos, Rhadoo or Thomas Melchior, he went on to perform in important clubs in Romania and internationally in London, Frankfurt, Manheim, Glasgow, Paris or Ibiza.

He has an impressive portfolio of releases with some of the most important being Orchestra Modificată / Dacă vrei at Kurbits Records, the remix for Introspecție by Ada Kaleh, Presiune on Ruere Records or Seven Valleys And A Deep One at The Rabbit Hole. He also appeared on fabric 72 mixed by Rhadoo with Protocol. The second instalment on Ruere Records, a new Bucharest-based record label, kicks things off with Urme, probably the most interesting track of this release. So, if many tracks give the listener some time to get adjusted to the rhythm, Urme doesn’t have that patience with us and we are grateful for that. A haunting vocal comes in early and the bass lines, the kicks and some peculiar sounds make sure this track is continuously evolving as we listen. It’s definitely a treat to our ears.

Static comes up next and it goes deep. It has an intriguing calming effect on the ears and you could imagine listening to this on a late morning after-hours session.

Rico closes things off, but you’ll want more of this for sure. It’s a trippy affair, to say the least, and you’ll quickly want to get to the dancefloor. The linear feeling is in nice contrast to the first track.