Apollonia – Tour a Tour The Remixes 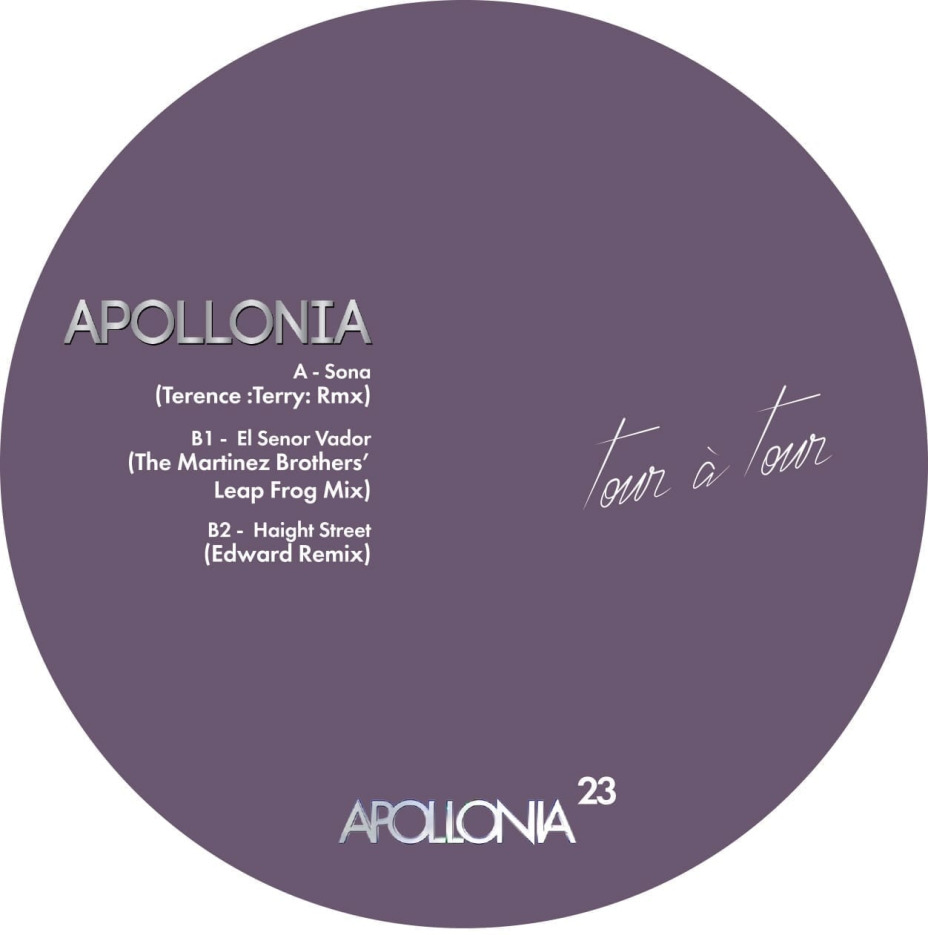 Dan Ghenacia, Dyed Soundorom and Shonky have carefully curated a selection of remixers from their closely-knit group of talented friends within the underground scene to create an album of exquisite reinterpretations. Each of the artists who’ve contributed to the album of reworks has a personal connection to the crew; members of the Lola ED family, friends from foreign lands, French comrades, they’re all here and they’ve all put their own fresh twist on Apollonia’s original works.

An old hand brings a totally invigorating energy to the heartfelt ‘June’ as Charles Webster injects his experience into transforming the track into a light, leftfield-leaning soundscape. His rework takes us into dreamland, with smooth washes of synth and tinkling percussion giving it a slight tribal feel. ‘Mouche Tsé Tsé’ gets not one but two remixes; Hold Youth (Le Loup and Seuil) give it a sleazy, electro lick with a winding bassline and naïve, 8-bit esque FX for those hazy after-hours gatherings. Meanwhile, Thomas Melchior takes thing a little left of centre with his abstract rework full of odd sounds and clattering drums. Two very different versions, but both equally high-quality.

Fellow Parisian Terence:Terry aims straight for the dance floor with his mesmerising mix of ‘Sona’. A groove-led production, it relies on a hefty bassline together with crisp percussion and a heady set of pads that will transport you to a higher plain. New York legend Jovonn, a previous contributor to the label and an inspiration to Apollonia, also lends his talents to reconfiguring ‘Sona’. His version works around that gritty, jazz-infused sound. Persistent keys lead the way as a potent b-line grumbles way down in the low end and a chime keeps that top end sharp and prominent.

‘Chez Michel’ comes in for the rework treatment next, with Mike Shannon putting his stamp on the track. The original bassline remains intact, although it’s accompanied by rather malicious sounding synth stabs, which give it a completely different, more malevolent vibe. Ring the alarm for the next installment in this remix package as The Martinez Brothers let off a siren-heavy, bubbling dance floor-primed cut. The New York siblings are adept at crafting naughty little club creepers and this is a prime example, magnifique! Finally Edward sends us off on mission to the cosmos with his absorbing composition, flipping ‘Haight Street’ into a smooth, rolling piece of a groovy, dreamy house music. An excellent way to close out a superb collection of mixes from a talented group of artists who connect the dots between the old school and the new generation, just like Apollonia themselves.