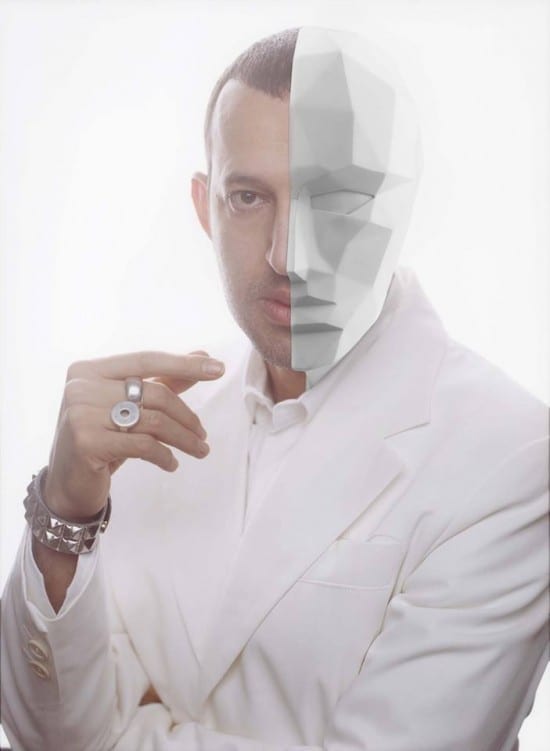 Karim Rashid returned to Bucharest on October 15th for the first time after Design Your Self hit the library shelves in Romania and we immediately seized the opportunity to put together a feeder insider interview with the renowned designer while taking in his mind-expanding philosophy at the How Design Will Change The World conference. What followed was a fun-packed party at Fratellini where Karim himself played music – our insider will follow shortly too. 😉

We were pleasantly surprised to discover that one of the artists inspiring Karim Rashid is Constantin Brancusi.

Following our series of articles which debate the influences Brancusi has in the contemporary environment, let us find out what the connection between the Romanian sculptor’s finished sculptures and Karim Rashid’s design is. ”Certainly Brancusi is an inspiration. In fact, my designs for Kenzoamour, a bottle that is like a bird in space, is a homage to Brancusi. I love his romantic sensual minimal sculptural form.” feeder insider w/ Karim Rashid The outcome brought up by the collaboration between Karim Rashid and Acme proves how the principles of Brancusi apply in contemporary design. The choice of name, “Kuzi”, is derived from the last four letters present in the name of the Romanian sculptor. The monochrome celluloid finishing is currently used for manufacturing writing instruments. The minimalistic shape quotes the freshness of our times, transforming it into a design object backed up by an interesting tale. On behalf of this recent cooperation with 3M, called Peeble, Karim Rashid states:

”I wanted to get out of the idea that these objects are pretty utilitarian. When you have them on your desk, they’re really just nice and comfortable and kind of quiet. They have a personality, but they’re soft. In fact, I would go so far as to say they’re sculptural, given their semblance to Brâncuși’s The Newborn.”

The next article from the Brancusi series will introduce us to the works of Vlad Nanca. Until then, you can read through the following: