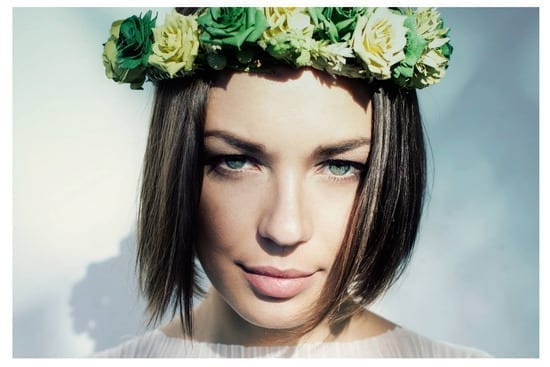 Nastia is living proof that hard work and involvement can lead to accomplishments. Anastasia Topolskaia is originally from Ukraine and in the last 10 years she’s been gigging in over 30 countries around the globe. The same reach she has via her Propaganda KISS FM radio show and recently, under the same name, she launched a label already featuring talented iO Mulen. After working 5 years for the famous Kazantip Festival, Nastia decided to tour even more almost striking a line over free time. Together with the team Feeleed from Odessa she organizes an event once a year where close people gather to catch up and have fun.

Her technique is flawless, the tracks are not from those you can easily recognize and the way they are blended infuses soulful energy and utmost desires to stand up and dance. You can hear her frequently playing at Arma17 in Moscow where she is also a resident or drop by to Romania’s coming-up Mioritmic festival to check her out playing live alongside Loco Dice, Praslesh or Rhadoo.

Sundays…  always lost in the sun/roads/after hours days.
In 2020… I’ll probably have a second child, many records released on my label and less countries to visit.
One of the spots I feel best in is… Planet Earth and my own world.
Mistakes are… experience.
Pictures can… express more than just a words or even the captured moment in real time.
New York… a lot of opportunities, hate and love.
While traveling, I… read, writing my diary, doing sport and checking new music I collected during the week.
Looking back, I can say… all I’ve done is right.
Three artists impressing me lately are… DJ Stingray, Nikita Zabelin, Ricardo (always). Alexandru Bogdan.: Nastia, hello! It’s wonderful we get the chance to exchange some ideas and we would like to thank you for taking the invitation. Let’s get to it! Next stop on your gig list is Romania for the Mioritmic festival followed by Enter Amsterdam at Loveland ADE. How do you feel about the gig in Romania and what other festivals are scheduled for what is left of this year?

Nastia.: Hello guys 🙂 Thank you for the invitation as well. Last year I missed Mioritmic because I had to take part in another great festival in Brazil called Tribal Tech, they take place in the same weekend and every year I have to choose where to go. So this year it was Mioritmic’s turn 🙂 I always love to come to Romania, Sunwaves and Mioritmic are my favorites + made by my friends – what can be better? It is not a usual festival for me, it’s more like a meeting point – too many friends coming. I am in love with the crowd and music taste of Romanian clubbers. Influence by artists you guys have made the best job I have ever seen for the last years. I don’t like festivals much, but this one is in my top for sure ! Other festivals I have to experience first before I say something 🙂

AB.: Where do you feel more comfortable, playing at major festivals or inside tight concrete clubs? Is something similar to your residency at Arma17 happening for a club in Ukraine? Plans to extend your residency to other countries maybe?

I always prefer small clubs cause it’s always better to create a very cosy and friendly atmosphere, get connected and have more fun comparing to big venues.

In Ukraine we have club Closer which seems like a little sister of Arma17 and I am proud of the team in charge of this place. But unfortunately I am too busy to be a resident somewhere other than Arma17. Over the last few years I became a resident of Fuse club in Brussels and Ampere (a new club) in Antwerp. But in the end I played there once or sometimes maximum twice a year. AB.: The end of August was celebrated together with Ricardo Villalobos at Fabric London, then Gigatools goes as far as 26th of December, Ampere Club in Antwerp, any ideas how NYE will look like this year for you?

N.: I don’t like NYE to be honest 🙂 It is not a holiday to celebrate for me, or I can say it’s an epic fail holiday or even e holiday of big expectations but with no results. Anyway. This time for NYE I had a hardcore schedule filled with gigs cause I took the whole of January off to spend it with my daughter.

AB.: You are sharing Arma17’s scene with Piticu, Andrey Zots and others. Do you sometimes spend musical time with the two? Perhaps your visit to Romania will reignite some connections that might turn into future projects?

N.: Every time if I have an opportunity and time I spend it with such guys. Of course we have a lot of things and news to talk about and sometimes we find a crosser in interests so it turns into the projects. The record number 4 on my label Propaganda Records coming out with 2 originals from Andrey Zots and remixes from Dan Andrei and Rhadoo 😉 AB.: Did some digging trying to find out more about the tools you are into, but could not find much. Most of the pictures show you holding our dear friend in hand – the vinyl. Do you have some other affinities? How about during production, what do you use and what would you add?

N.: My other affinities are books and pictures. Books are my best friends and neverending education. Pictures are memories and feelings, I am used to be surrounded by pictures because my father was a professional photographer and since I was a child I spent a lot of time watching how he makes and produces pictures in his laboratory. About production – I don’t have my own studio for production cause I don’t produce much and often. If I need or I feel like producing I go to my friends’ studios. Depends.

AB.: The energy unveiled by your releases seems slightly different than the one coming out of the sets. Some of the tunes sketch dark moments, others make February feel like springtime. What is happening inside you when you create a track and how is that different from when you are mixing grooves? Which things you pay attention to when you attempt to decipher a crowd in an event?

N.: I too like different sounds, adore experiments, I don’t have “my sound” because I move non-stop from one sound to another one.

I am never stuck and never stop discovering and trying. My inside world is full of feelings so I think because of that my production depends on my mood at the moment. AB.: Both of our countries went through some tough times. Now both our underground electronic music scenes seem to be rising. What do you think djs and producers should take into account when riding this wave, how could they keep straight, not go astray, and maintain their independence and integrity?

N.: I think our djs and producers shouldn’t think about it 🙂 Everyone has to follow his own way and in the same time support each other. The rest does not matter. It is an art, you can’t think of it this way.

AB.: I am sketching a project now that will bring into attention 10 Romanian female djs. No tops, no hierarchical bunk, just raw music and follow-up info. How is the female dj scene in Ukraine when it comes to underground electronic music? Are there any other ascending female artists?

N.: We don’t have many. Just a few of them, less than 10 for sure. If we talk about international ones coming out from Ukraine then it’s Olga Korol. Maybe there are a few more, but I don’t know any of them 🙂 I don’t follow… AB.: When I read about the evolution of Kazantip I could relate to another festival I was part of, OZORA. Last time I read about Kazantip people said it got really crowded while this year OZORA had over 30.000 people coming over. A word often found in people’s phrases was commercial. Why do you think these things happen?

Everything that is good turns commercial at some point. Massive things can’t be underground.

If you make a lot of money with your ideas and the name/results of your project are massive then it goes commercial. Underground projects/artists don’t get advertising, don’t give an interview, etc… In the end most of us need money first to survive, then to live, and then to be rich, it is the normal process of the normal human way of thinking. AB.: You have a radio show for renowned KISS FM radio station and did a couple of Sunday Schools Session mixes which I personally enjoyed big time. Have you ever thought about sharing your experience with those wanting to become djs, perhaps through workshops or other educational events?

AB.: So far you’ve been in more than 33 countries. Where would you like to go in the near future?

AB.: We, at feeder.ro, try to be a bridge between underground electronic music events and the individuals making and seeking them. Have you ever had contact with us before? Is there a similar page perhaps in Ukraine?

N.: I have never had contact with you, but I really appreciate and respect what you guys do. We don’t have anything like this in Ukraine.