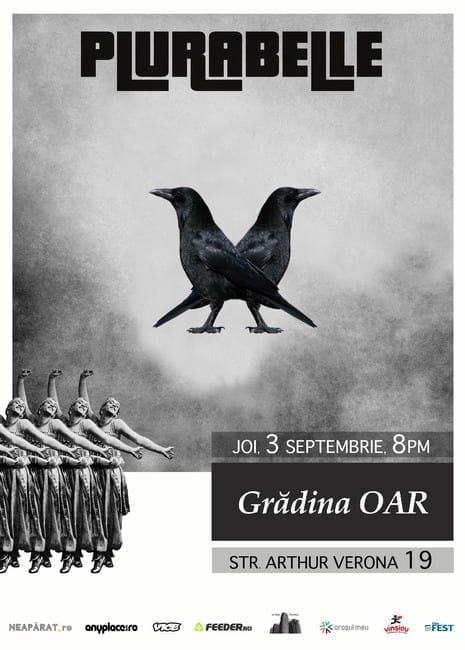 They released their debut album, ‘Phantom Pyramid’, on French label Stellar Kinematics, on June 16th, 2014 (http://stellarkinematics.bandcamp.com/album/phantom-pyramid). The LP was preceded by the singles ‘Lindo’ (http://noisey.vice.com/fr/music-video-premieres/plurabelle-lindo), ‘Blood’ (http://www.hartzine.com/plurabelle-blood/) and ‘Our Fires’ (https://vimeo.com/99541639), whose video, directed by French visual artist Mattis Dovier, was selected as one of the best videos of the year by Juno Download and as a ‘Staff pick’ on the Vimeo video platform. Plurabelle self-released an EP, called ‘Arsenal’, on May 5, 2015 (https://soundcloud.com/plurabellemusic/sets/arsenal).
It was preceded by a video for the track ‘Stay Gone’ (https://www.youtube.com/watch?v=gBA5Sm1dY7E).