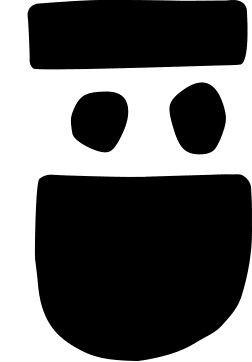 Blond:ish are Vivie-Ann and Anstascia, two fun loving producers with a taste for the eclectic and a deep appreciation for all things psychedelic. Their records were released under labels like Kompakt and Get Physical, and were thoroughly enjoyed by both their loyal fans and other artists, as Blond:ish bring a special sound to the scene. Moody, sultry and seductive, their tunes and sets are guaranteed to be the life of the party, as Blond:ish have proven in their global ventures. They’ve visited Romania a few times, and we’ll see them again on 28 of February at Club Midi. We got to have a chat with the girls in this week’s feeder insider.

Inspiration can be found in…
ANS: anywhere you choose to be present.
VIV: what she said

Music makes me…
ANS: go to a different dimension (well that depends on what music)
VIV: tingle

3 tracks that instantly make me dance… Feeder: Hello, you two, it’s so great we get to do this interview! Viv and Anstascia, you’re quite the dynamic duo, and you’ve been offering us groovy beats and fun performances since 2008, when you began throwing weekly parties in Montreal’s Cherry club. The parties were called Blond:ish, the name caught on, and the rest is history. You’ve also moved to London, and that changed the game quite a bit, too. So, I’d really like to know, how do you feel your music and style evolved over the years?

Blond:ish: It’s definitely evolved a lot due to our environment… i.e. living in London for some time, then Barcelona, traveling the world and hearing all different types of musical influences and spending a lot of time in Tulum, Mexico. We really believe it’s crucial as an artist to keep evolving and transforming… not only for your fans, but for yourself. F: You’re hard to place in a specific genre. Actually, you describe your music as „timeless, rule-bending, electronic, eclectic, psychedelic, romantic technoish techish house”. Do you think this whole trying to place music in a genre is maybe a bit overrated, or in the end not that useful or relevant?

B: Yes, we totally agree… All the lines between genres are really blurred nowadays; there is no purpose to pigeonhole your music. Either you vibe with it or you don’t.

F: Team work may seem challenging for some, but you pull it off perfectly. How do you work together, do you each have a certain role or something you prefer doing?

B: We start working separately on projects then bring it together. I’m good at the groove; Anstascia is really good at the top lines. F: You’ve started using your own vocals as samples, and it sounds really good. What was it like exploring this area of music that you weren’t accustomed to? Will we be hearing you live?

B: As non singers, it’s always really weird hearing yourself sing… kind of nerve-racking… haha live??… maybe one day… but for now we’ll leave it up to the professionals.

“[…] the lines between genres are really blurred nowadays; there is no purpose to pigeonhole your music. Either you vibe with it or you don’t.”

F: You’ve released records with Kompakt and Get Physical, two awesome labels that promote brilliant artists from all around the world. What was it like, working with them?

B: Yes both labels are incredible and very much our German families… they both do incredible work helping new artists grow in an organic and supportive way… we feel completely blessed working with such amazing guys… it’s nice to work with guys that have been in the business 20+ years… also nice to bring some fresh vibes to them and fuse the two generations.

F: You’ve traveled a whole lot and played music in so many different places. What’s a lesson you’ve learned through these experiences? Do you feel there are differences between the crowds, depending on where you are?

B: Everything has a perspective… traveling a lot has made us realize to see things from different angles and to be open to them! crowds are super different!!!! ravers are evolving though to find how they can rave more consciously lol. F: You’ve also been to Romania a few times. How do you like our country? Will we be seeing you here anytime soon?

B: We looooooooveeee Romania… probably one of the most musically knowledgeable people for the underground scene… and the Romanian sound is next level… not many countries have really established such a unique and recognizable sound… we will be seeing you at Club Midi FEB 28th!!

F: Do you happen to be familiar with the Romanian electronic scene? If so, do you have any favorite dj’s and/or producers?

B: There are literally a million… FOR REAL… out of the rpr trio, I relate to Petre’s music the most, TC Studio, Phrasis Veteris, Barac, Ada Kaleh, Cristi Cons, Dubtil, Adrianho, Plusculaar, Suciu, Disuasiv, Sit (Vlad Caia & Cristi Cons).

F: Speaking of favorite artists, who were your influencers, and with whom would you throw a big party?

B: this is the party we would have… We would all travel thru time from the ‘Big Bang’ up until today, concentrating on highlighting and unlocking all the world’s mysteries. The different stages would be the pinnacle moments in history, while the bands, djs and live acts would be chosen carefully to highlight these events.

Animal, from the muppets would headline the ‘Big Bang’ stage while David Lynch would be taking care of all the music and artistry during time travel in the wormholes to the different stages. Vibes are love, happiness and sunshine.

For the theme, think thematic alice in wonderland meets burning man (with a sea) on the 11th dimension. The whole festival would be built like the craziest labyrinth you could ever imagine. Optical illusions, seahorses and unicorns galore, with precise attention to the sensitivity of your 6 senses. Modern day cirque du soleil freaks would be running around and performing to add some elements of surprise and money is no object… The Merry Pranksters would provide guests with all their desires. Couple that with an unlimited amount of galactic pills and I think we have a recipe for a good time.

Artists we have confirmed are Kraftwerk, DJ Harvey, Jimi Hendrix, Doors, Cleopatra’s Egyptian Band, with Noah’s Arc and his animals, Cassy her Panorama magic. Sonja Moonear cause she gets it. Acid Pauli / NU playing 94bpm for the sound healing tip. We could go on, but we’ll leave some to the imagination… B: 2014 was an incredible year for us… really busy and lots of touring… we are now relaxing a bit in Mexico, working on our first album. We set up a studio here in Tulum and have been in studio lockdown for the last month… with a bit of beach, coconuts and yoga in between of course!! It will be released in 2015 🙂

“This is the party we would have… We would all travel thru time from the ‘Big Bang’ up until today, concentrating on highlighting and unlocking all the world’s mysteries.”

F: Finally, share with us a fun story from one of your travel adventures.

B: haha… we could write a book better than any soap opera… for real! I’m actually seriously thinking about writing this book…

F: Thank you so much, peace!

B: Thank you and see you really soon 🙂