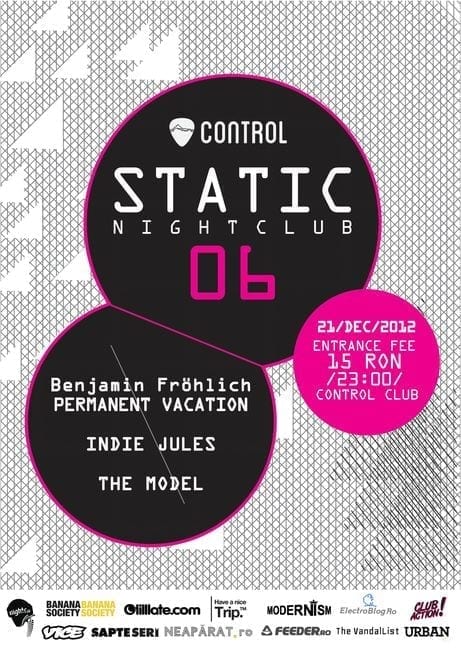 Permanent Vacation on the web
INDIE JULES
THE MODEL

WELCOME TO THE JUNGLE

A lot has happened since the disco ball started spinning in Munich discotheques in the 1970s for the first time. Thirty years later, its motor has gained new drive and the ball is spinning faster than ever. Partly responsible for this renaissance is the Munich label: PERMANENT VACATION.
Founded by TOM BIOLY and BENJAMIN FRÖHLICH during Germany’s tropical summer of 2006, PERMANENT VACATION has not only survived in the obscure jungle of modern dance music, but has established itself as a flagship of the DISCO MOVEMENT and its variations such as BALEARIC, COSMIC, KRAUTROCK or PROTOHOUSE, all of which have become extremely popular on all continents. However, BIOLY und FRÖHLICH don’t consider Disco as mere retro phenomenon (even though there shouldn’t be a lack of authenticity), as they have their home and base in Munich—the city that, along with New York, shaped the early days of Disco. BIOLY and FRÖHLICH rather deem Disco a form of mentality dissolving from all too fixed and earnest paradigms of dance music and the under cooled sound aesthetics of the electronic scene, promising warmth, playfulness and fun again. What else should partying be about?

If the label wasn’t enough the two also started to produce own tracks under the moniker Permanent Vacation (yes yes we know it’s the same name as the label). So far Bioly and Fröhlich released a remix for their own artist Woolfy ss.Projections, which got a lot of attention from highly acclaimed DJs like Hell, Prins Thomas, Todd Terje, Solomun, the Innervisions Crew (Dixon, AME) etc. and their first EP called “TIC TOC” featuring Kathy Diamond on vocals and the massive club track “ZUCKER HUT” on the flipside. More is soon to come As DJs, Benjamin Fröhlich and Tom Bioly, the heads behind Permanent Vacation, don’t necessarily play one style exclusively. Quite on the contrary, they are known for their extremely open, warm, still driving sets, consisting of psyched out disco, dub-techno, slow-mo house, early electro and leftfield pop. Over the past years, they also earned a reputation by organizing parties and hosting various club nights in Munich, where they have played alongside highly respected artists such as Lindström & Prins Thomas, Chateau Flight, Todd Terje, Maurice Fulton, Joakim, Tim Sweeney, Peter Kruder, James Holden, Superpitcher, Holy Ghost!, Hercules and Love Affair etc.
So watch out for a good time when they come to town!