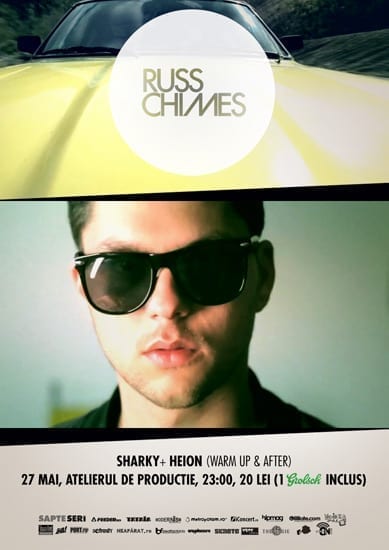 In a sea of postmodern hipsters come bedroom producers of sparkling lilo of talent like Russ Chimes, a man from Britain who know what’s in the party.

Russ (a 25-year-old producer from London) is the DJ, remixer, and producer who’s gonna blow our minds on 27th of May @ Atelierul de Productie. Chimes is influenced by 80s’ synth funk and has subsequently joined the French electro collective Valerie.

Three of this London native’s pieces specifically caught our attention. Chimes, in conjunction with director Saman Keshavarz, (known for his award-winning video for ‘luv deluxe’ by cinnamon chasers). released Midnight Club EP, a three piece movement, back in November 2010.

He has merged the trilogy into one 17-minute short for your convenience: