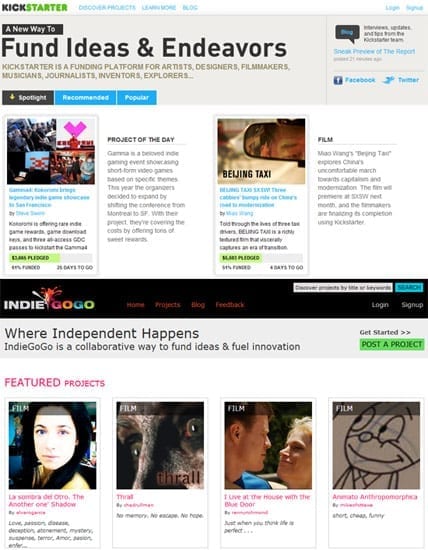 “The crowd-funding path for short filmmakers is finally gaining traction, and established animation filmmakers have begun experimenting with the concept. Throughout the years, various filmmakers have toyed with the idea of funding their films in this fashion, mostly by soliciting Paypal donations, but the gamechanger has been new websites that are dedicated solely to facilitating crowd-funded projects. The two most prominent sites being used by animators right now are IndieGoGo and Kickstarter.”