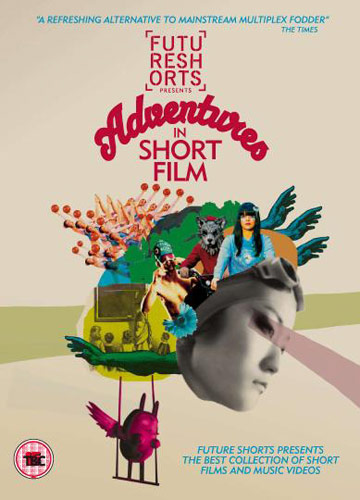 The DVD is a collection of the most inspiring, breathtaking and entertaining short films shown as part of the Future Shorts Festival and features some of the hottest directorial talent in the past five years. The line-up includes the outstanding Oscar-nominated ‘7:35 in the Morning’, a homage to the French New Wave with ‘I Just Want to Kiss You’ starring Martin Freeman and music videos from the Mercury Music Prize nominated Bat For Lashes.

Also included is Kim Chapiron’s ultra cool ‘La Barbichette’ starring Vincent Cassel and LOVESPORT seies’ animation ‘Park Football’ which has just completed a stint being played before features in every cinema across the UK.

Adventure In Short Film – Volume 1 provides a fresh and edgy look at some of the best films Future Shorts have screened over the past five years of the genre, making it the perfect purchase for short film first-timers and anyone who is passionate about film.

To become a friend and for more information please go to www.myspace.com/adventuresinshortfilm or to http://www.facebook.com/group.php?gid=22428523307